An expertly guided dining experience that makes heroes of the classics in modern and often inventive ways.

The night starts with snacks. No matter what menu option you go for — the seven-course dégustation, the two-course à la carte, or various in-betweens — a server will swan out with a selection of small bites from the kitchen on pebbles, shells and wood. A lengthy explanation follows: here’s the velouté in an emptied-out egg cup, a tart daikon ravioli with smoked butternut, Cloudy Bay clams in XO ...

Paris Butter has been quietly plugging away in Herne Bay since 2016, when owner and executive chef Nick Honeyman opened in the neighbourhood. Honeyman himself splits his time between New Zealand and southern France, when his other restaurant, Le Petit Léon, is open in the northern summer, leaving Paris Butter in the capable hands of head chef Zennon Wijlens.

Its offering has shifted over the years — first imagined as a more rustic bistro and now a refined, dégustation-forward bistro/fine-dining hybrid. The room, divided loosely into two, is elegantly muted, with generously spaced, white-clothed tables. But the service itself is far from stuffy: formal niceties are undercut with upbeat, lively servers who do a lot to make the meal fun. As for the food, expect variations of bistro classics, like perfectly cooked meat or fish atop jus and dollops of sauces, alongside delicately placed veges. 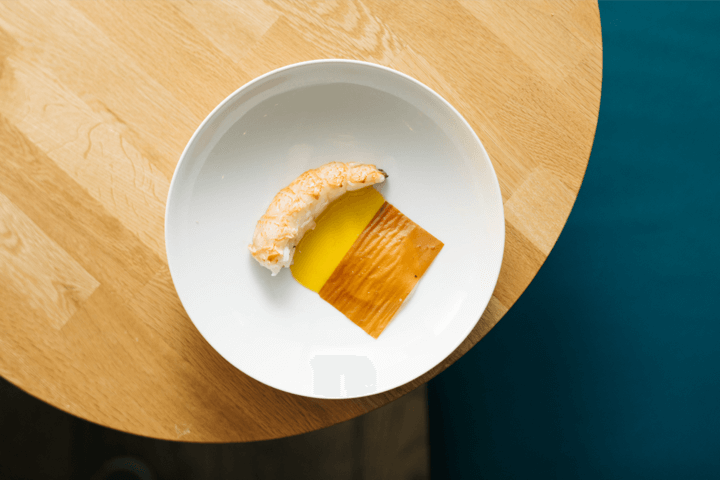 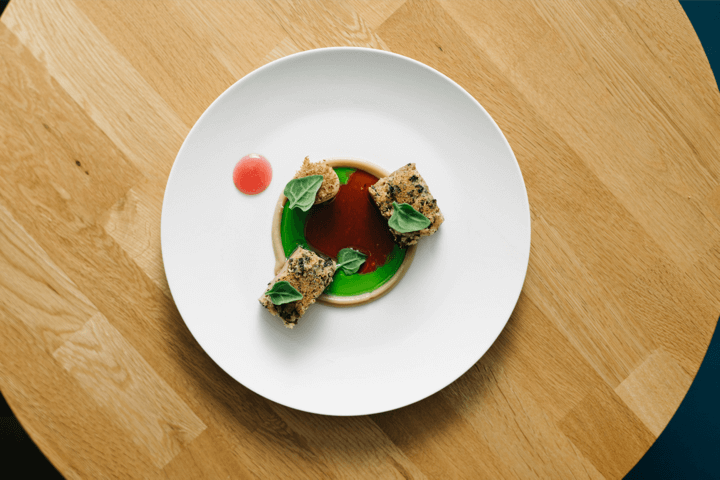