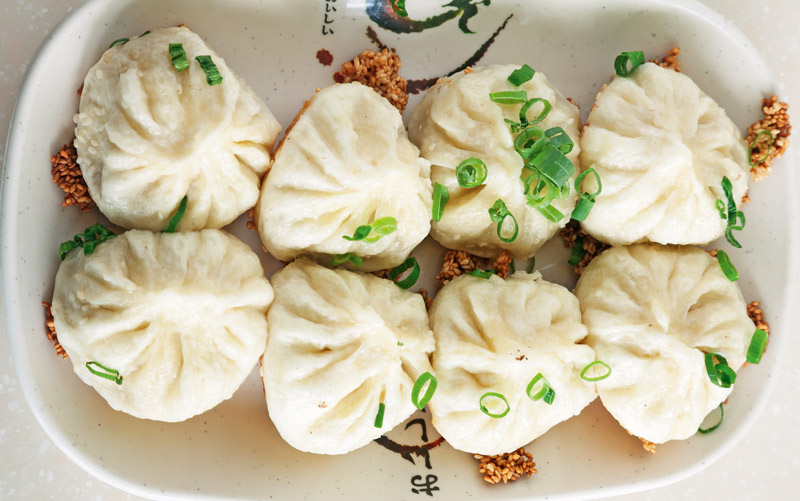 105 Dominion Rd, Mt Eden
It’s so tiny that you may have to queue at lunchtimes, but food this good is worth waiting for. This is Sichuan cooking, so expect most dishes to come with a satisfyingly spicy kick. The chilli-averse should try the dumplings.
Sichuan Chinese

240 Ponsonby Rd, Ponsonby (and Takapuna)
Healthy pita wraps, shawarmas and salads full of fresh ingredients and tangy sauces. With tofu, falafel and veggie croquette options — plus those famous potato koftas — this is a great choice for vegetarians looking for a quick bite.
Middle Eastern

1 Lydia Ave, Northcote
The curse of The Flaming Onion is that it’s too popular, so it’s often essential to phone ahead and we’ve even known them to stop taking orders. Why? Best burgers on the
Shore, no question, that’s why. And the view while you wait, back past the bridge to the city, is breathtaking.
Burgers

1784 Great North Rd, Avondale
The prices are a little steeper than at those bare-bones Dominion Rd joints, but the servings are so large a group of you will eat like kings and still come out on the right side of $20 each. A sister restaurant to Kingsland’s Canton Cafe. BYO.
Canton Chinese

City Works Depot, 90 Wellesley St, CBD
If we had a prize for the coolest cheap eat in town, Michael Van de Elzen’s “garage”, complete with his TV food truck parked to one side, would be the runaway winner. A buzzing eatery located in Auckland’s newest “it” precinct, City Works Depot, it serves delicious and famously healthy burgers, hotdogs and wraps.
Burgers

296d Dominion Rd, Mt Eden
Not much to look at, but who cares when the food is as tasty, fast and cheap as this? There’s a big array of Chinese and Malaysian dishes: the char kuey teow is magnificently rich.
Chinese / Malaysian

55 Nuffield St, Newmarket (also CBD, Panmure & Glenfield)
There’s a reason the Hansan group of restaurants has stood the test of time: bright, fresh flavours at great prices. The Newmarket branch is one of the area’s best bets for a cheap bite.
Vietnamese

939 New North Rd, Mt Albert
Its Chinese name is Tian Fu Lai, which actually translates as the much more poetic “Additional Fortune on Its Way”. Whatever the name, the food (mostly from Tianjin in northern China) is great. Try their signature dish, chilli beef with sesame pancakes.
Northern Chinese

20 Link Drive, Wairau Park
Once you locate this upmarket-looking restaurant within the Wairau Park industrial zone, reward yourself with some spectacular Chinese steamed dumplings. The Korean dishes are pretty good too.
Korean / Chinese

64 Mokoia Rd, Birkenhead
The Birkenhead shops have way more good places to eat than many other comparable suburbs, including this one, which serves splendid examples of traditional Cantonese cuisine. Always busy.
Canton Chinese

17 Albert St, CBD
Where do you get a good ramen really late? Same place as everyone else: Ichiban. An institution, still doing the business.
Japanese

570 Sandringham Rd, Sandringham
You’re not seeing double: last year JJK opened a second outlet right next door, serving South Indian food as opposed to the original Gujarati’s. And now, oddly, both menus are available in both spaces. No one does Indian street food like dabeli (vege burgers) or pav bhaji (a thick, slow-cooked potato-and-onion curry) like JJK. And having given erratic service in the past, they have recently raised their game (and prices, but not by much).
South Indian Vegetarian

myundergroundkitchen.com
Not a retail outlet, but a “home cooking” operation: Jess Daniell cooks one healthy meal each day (protein plus carbs, with paleo-diet options), customers place their orders by 10am, and portions can be collected from a Ponsonby address 5pm to 7pm, Monday to Wednesday only.
Modern Kiwi 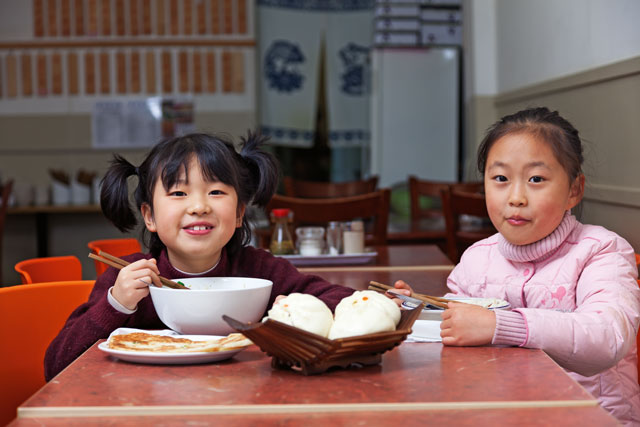 33 Pearn Crescent, Northcote
Think all steamed buns taste the same? Try these. The pork, prawn and veg will have you seeing stars. If you aren’t in a carb coma already, try a sweet sesame bun for dessert.
Chinese

248 Dominion Rd, Mt Eden
If you’re yet to try xiao long bao (Shanghainese soup-filled dumplings), you can get them at one or two fashionable (and more expensive) restaurants, but Jolin makes the real thing, and for our money, they’re still the best in town.
Shanghai Chinese