Consume as much of this as you can.

Read on below for Metro’s favourite eateries and drinkeries or jump across to:

Cazador came out on top in last year’s Metro Restaurant of the Year awards, and for good reason. It’s a specialty game meat restaurant that cares a lot about every aspect of the dining experience, from the second you’re greeted at the door, to its drink suggestions, to its warm and cosy room. Cazador is our pick for a date night, and for a casual catch-up with friends, and for a special birthday, and for an impromptu drink-and-charcuterie-weekday-night out in the courtyard. One size fits all.

We love this little community spot by Yas and Fumi Hisai, which delivers on every front: banging coffee, delicious sweet treats, affordable grab-and-go sandwiches, warm service, and a genuine aspiration to become more to its customers than just a cafe. There’s the market days where local producers and craftspeople can sell their goods, and the cookbook, and the stylish collaboration of denim bags with Tuhirangi Blair of Lucky Dip.

Best falafel, best pitas, best falafel in pitas. We can’t get enough of this place.

TRY IT OUT
79 Atkinson Ave, Ōtāhuhu

Go out to Ōtāhuhu to get pho dac biet, a variation that chucks all that good grisly stuff in there, plus a raw egg for good measure. It’s hearty and salty and makes you want to go to sleep afterwards, in the possible best way.

How many times have we sung the praises of the Hokkaido miso ramen here?

The hype is real.

The ‘Twice as Nice’ burger is a total masterclass in getting the basics right — perfectly smashed patty, soft bun — but it’s Lucky G’s incredibly juicy Thigh Guy that keeps us up at night (in a good way).

Just a ferry’s trip away, Waiheke Island has plenty of special-occasion restaurants set among beautiful grounds, but none of them has food quite as good at The Shed . With its head chef, Yutak Son, on the tools, The Shed’s incredibly flavourful food is strengthened by its sustainable, locally sourced approach.

Red Rabbit may have originated in Wellington, but having shifted its operations to Auckland in around 2016, it’s now an Auckland staple for quality, artisan, small-batch coffee. Its retail offering has expanded quite a bit recently — with new spots in Westfield Newmarket as well as Halsey St — but the Parnell site, where the roastery is, is still king. We had an amazing cold brew there recently, possibly the best one we ever had.

Duck Island is an empire which makes its own original pints, where the flavours seem infinite and full of whimsy. We always fall for its slightly gimmicky novelty options, usually rooted in some form of nostalgia and actually very good. A Hamilton import, true, but since there’s two of them in Auckland now we’ll let that slide.

The sweetest, friendliest neighbourhood shop that does massive (and we mean massive) cones of real fruit ice cream in all types of flavours, like mango and passionfruit plus the usual suspects (blueberry, strawberry). It’s another great one for the ’gram.

Everything from A Lady Butcher is worth coveting then slowly savouring, but we particularly like the coppa: pork scotch cured in Marlborough sea salt and Central Otago smoked paprika.

Fresh, colourful tacos in the middle of the city. Get the al pastor.

Only open Saturdays and Sundays from eleven till three, the original owners of Mexican Specialties in Ellerslie have returned with a chocolate shop that also offers a small selection of greatest hits from their old menu.

Whichever Taiping is closest to you is the best Asian supermarket in Auckland (we’re partial to the new Albany one, though that tight car park — oof!). There’s a good spread across many East Asian cuisines, though Chinese is obviously the best served. A ‘browse’ of the freezer aisle will more likely turn into a deep investigative read of the back of every packet, and you may want a basket just for snacks. A valuable way for many of our community to access part of home.

Te Motu is a contentious choice, because it is one of several great Waiheke vineyards harness- ing the unique eco-climate and mostly clay soil. Te Motu stands out because of its simplicity — both in the experience of the vineyard itself, and in their low-intervention approach to wine-making. Te Motu, a family-run vineyard, was bought in 1988, by the Dunleavy family, to produce ‘Bordeaux’-style wines, blends of cabernet sauvignon and merlot. We recommend spending a sunny afternoon tasting, enjoying the rolling hills. Our pick is the medium-bodied Kokoro 2017, a merlot-dominant blend with cabernet sauvignon, malbec and syrah, which has aromas of raspberry, plum and clove.

Is there any type of food more suited for a late- night feed than Gogo Music Cafe’s cumin-dusted skewers? Oily, spicy and tasty, this place is open till 2am every single day, serves beer in jugs the size of a small child, and makes it easy for your group to go for a round of karaoke.

Extremely generous filling, and something uniquely of New Zealand: it’s a no-brainer, really.

Lucky Fortune is a large old-school Cantonese restaurant with shiny golden tablecloths and heaving yum cha carts, so busy that securing a table can get stressful, especially if you can’t speak Cantonese. But with yum cha, consistency is king and busyness only means the food is fresh, so we like it here a lot. We also are fans of the fancier and mellower offering at SkyCity outfit Huami .

Incredible value in a central location where you can chow down on as much meat as you want for $24 (lunch) — though beware, there is a penalty for leftovers.

Best Food Court is a surprisingly emotionally charged category. Think about the waves of tributes (and fury) which rippled through the city when Mercury Plaza was demolished to make way for the City Rail Link: due to its low-price category and its unique ability to facilitate communal dining in a way that makes (most) of your eating group happy, food court preferences are deeply personal. But because this is an objective awards show (ha ha, kind of), we’ve awarded the top gong to Commercial Bay, which boasts a hot-dog joint, a Middle Eastern kebab takeaway and ramen, plus also has a couple of the best restaurants in Auckland, Gochu and Ahi . This food court also comes with a view and non-sticky floors.

Although its explosive popularity in the last year or so has meant long waits every time we decide to drop by for a quick takeaway here, at least the waits are fully deserved. We still sometimes opt for the old Philly Cheese favourite, but the Szechuan Chicken and Filet o’ Fish go hard too. 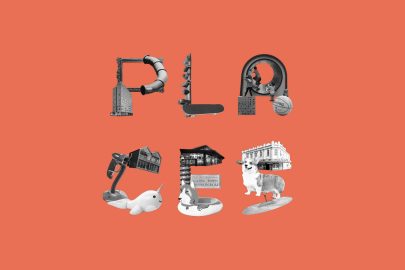 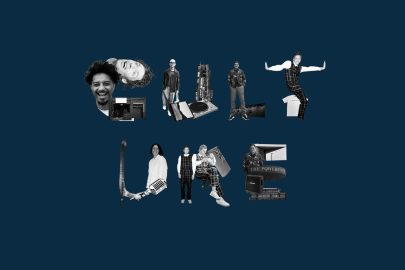 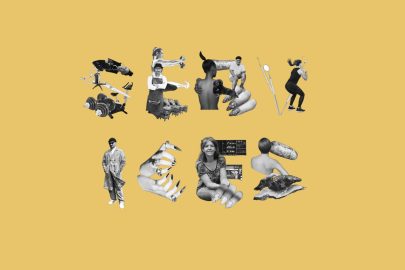