A seriously good restaurant that just happens to be in a menswear store.

If you were surprised to find out that some of the best restaurants in Auckland are in a mall (see Gochu and Ahi, for example), get ready to be told that one of the best steaks you can eat in the city right now is cooked not just in a mall, but in a restaurant attached to a menswear store selling merino sweaters and Oxford shirts. While the doorway through to the Rodd & Gunn store is visible from some tables (you’re not eating between the racks or anything like that), don’t think for a minute that the heritage menswear brand isn’t taking this seriously. The Lodge Bar is no half-baked brand extension.

The executive chef is Matt Lambert, a New Zealander who primarily made his name in New York at his restaurant The Musket Room (which, it must be said, had a Michelin star from 2013 to 2020). Lambert’s food, at its best, is hearty and bold. Enlivening oysters with horseradish ice, and indulgent tartare tarts. Thick sauces and bold spices. Big steaks cooked in the Josper charcoal grill (which claims to be the hottest indoor grill on the market). Sides you shouldn’t finish but can’t stop picking at.

The centrepiece dish is steak — a grain-fed Black Angus rib-eye served with peppercorn sauce, black truffle and literally all the sides, and at $195, it probably feeds a whole family/workplace. We’d certainly love to give it a try. 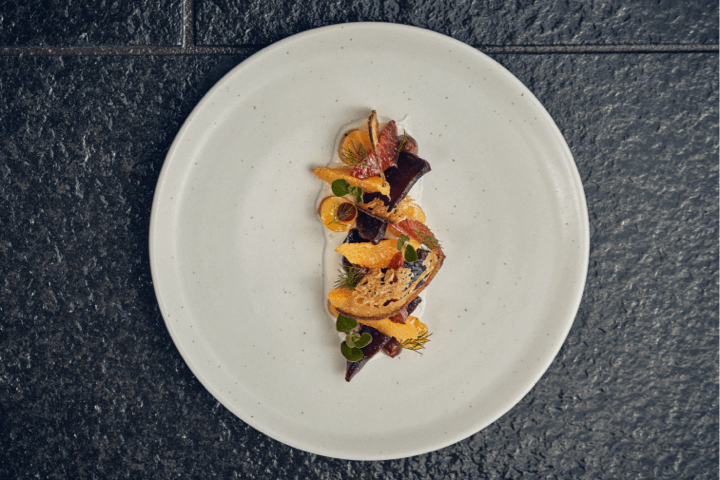 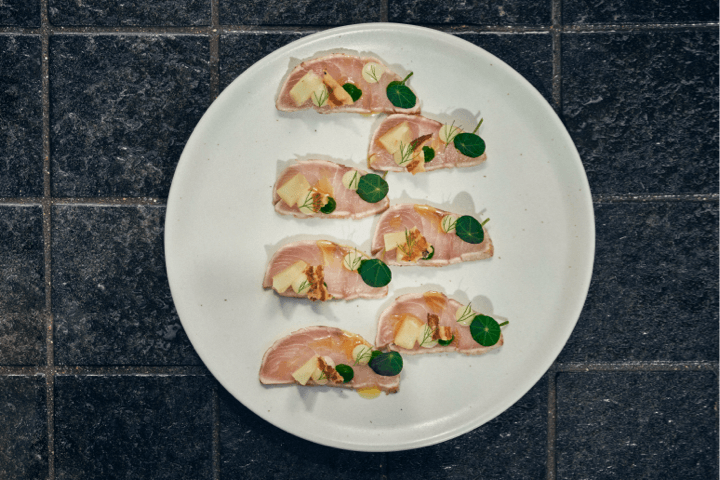 Near The Lodge Bar

Similar to The Lodge Bar