Taste the smoke, char and love of Andalusian cuisine at this new Britomart spot.

Hip Group’s newest addition, a sleek Spanish eatery that pedestrians could see slowly moving into the middle of Britomart over the past two years, is the only restaurant it retained in its mass sale to Savor. (And soon it will be sold to Jo Pearson, Alma’s head chef and long-time executive chef of all the Hip Group locations, and general manager Natasha Parkinson.) Inside, marble, brick and wood work make it dark and cosy, with terracotta tiles behind the bar and intimate window booths that look out on the street. Behind the counter seating, a woodfire burns in the hearth.

The restaurant was conceived after a trip to Andalusia in southern Spain that Pearson and Parkinson took with Hip Group’s founder and CEO Jackie Grant. The food at Alma, inspired by that region, is tasty and smouldering, immensely charred and flamed to perfection. It’s comforting but somehow exciting, with unfussy dishes bursting with bright and bold flavours which invoke a sense of

Andalusian cuisine itself is a blend of cultures, with Arabic and North African influences, so a sebiche (or ceviche) comes with almond and harissa, for example. It’s a cuisine less explored in the Auckland restaurant scene, and the bare-bones menu encourages a conversation with your server, who is always happy to clarify what pinchitos, escabeche and ajo blanco might be. Take it from us: it’s 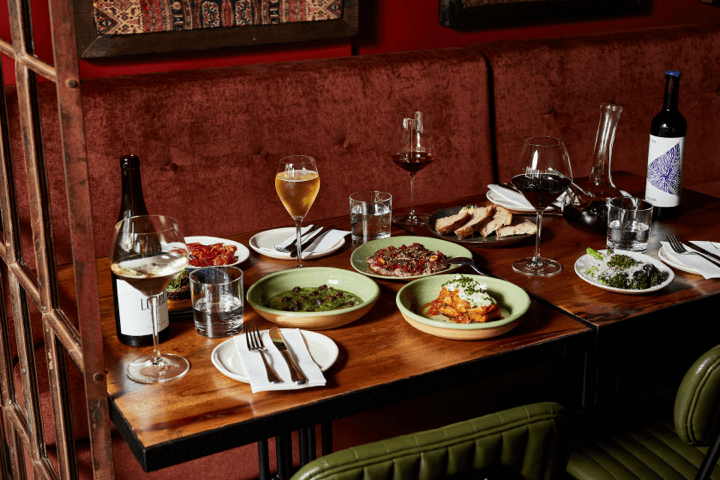 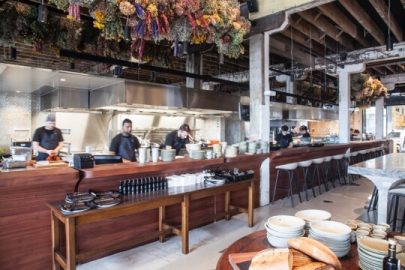 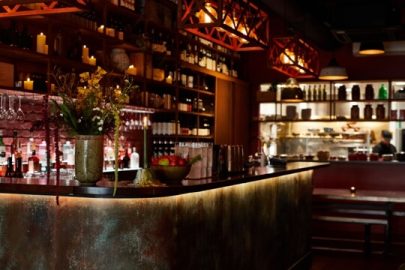