What to eat in Auckland this week.

I was up late last night reading Douglas Stuart’s new book, Young Mungo (he also wrote Shuggie Bain), and I can’t stop thinking about the food descriptions. Frozen pizza, cut in half and deep-fried in leftover oil at an Italian restaurant where one of the character’s works; a fry-up made by a son for his mother, scraped up with the leftover of yesterday’s black pudding on the pan; potatoes ladled over with thick, steaming gravy; the pungent smell of sweating onions in their small flat; lasagna wrapped in foil and cooked over the fire, with the sides all burnt and blistered; a plate of mince from a kind neighbour next door. None of it is ever described or contextualised in a sentimental way – almost the opposite, matter-of-fact, a detail of everyday life that added to the feeling of the characters’ claustrophobic world, in which they are always hungry for food, and other things.

Food always strikes me as a vital detail to get right in order to accurately portray the time, place and character, and it reminded me of this article I read in Eater recently that goes behind-the-scenes of the recreation of the food in TV show Pachinko. Pachinko (based on a book by Min Jin Lee) takes place from 1930s Busan in Korea to 1989 Tokyo, so capturing the kitchens, markets and dishes of each period is an understandably mammoth task. I love all the extremely nerdy things in this interview, like having to make sure the fruits and vegetables were the right size for the era – they purposely looked for smaller varieties of cabbage, or trimmed them down, for example – and that they searched had for the right utensils and cookware for the each dish. A lack of attempt at verisimilitude with food scenes, both written and visually, always takes me out of it (my absolute pet peeve is when people take food of dishes with the wrong utensils!!), and when authors don’t describe the food at dinner scenes, it always leaves me wanting. What people choose to eat on a weeknight, what their “default” meals are, is so interesting! It says so much about them! TBH, “My weeknight default meal is…” should be a prompt on Hinge.

P.S. Please remember if you have a new place or cool event popping up that you want me to know about, you can always shoot me an email at jean@metromagazine.co.nz (instead of replying directly to this newsletter).

I’ve got a scoop for you all: if you’re missing Chinese Cuisine, the now-closed Cantonese food stall at the now-demolished Mercury Plaza, then you’re in for a treat in about 4-6 weeks. Tony and his family have secured a permanent spot in Epsom, taking over the old Greenwoods Cafe corner at 17 Pah Rd, Epsom. They’re still a little away from getting things together, but I’m sure all you die-hard wonton soup fans will be glad to know of its resurrection. More on this soon!

Everyday Wine is hosting three different wine tastings at three different bars (Alta, Bar Martin and Vondel) over Monday 2 -Wednesday 4 May. There’s two sittings for each event, with quite a few of them already sold out – so you should get in quick if you wanna nab a ticket.

This new cafe in Mount Eden (down the Crystal Palace end), Lucky Strike, is having an opening party today from 6pm to late. Along with coffee (presumably?) by Flight, there’s drinks too, plus a selection of works from local makers.

Eden Terrace cafe Kind Stranger is launching a pop-up on weekends, serving up hot breakfasts from 7am-1pm. The first weekend kickstarts on 7-8 May, with English breakfasts that have things like optional black pudding and haggis on the side, plus $6-$8 butties. Owner Mate is joined by Oscar on the tools, who also chefs at Ima. 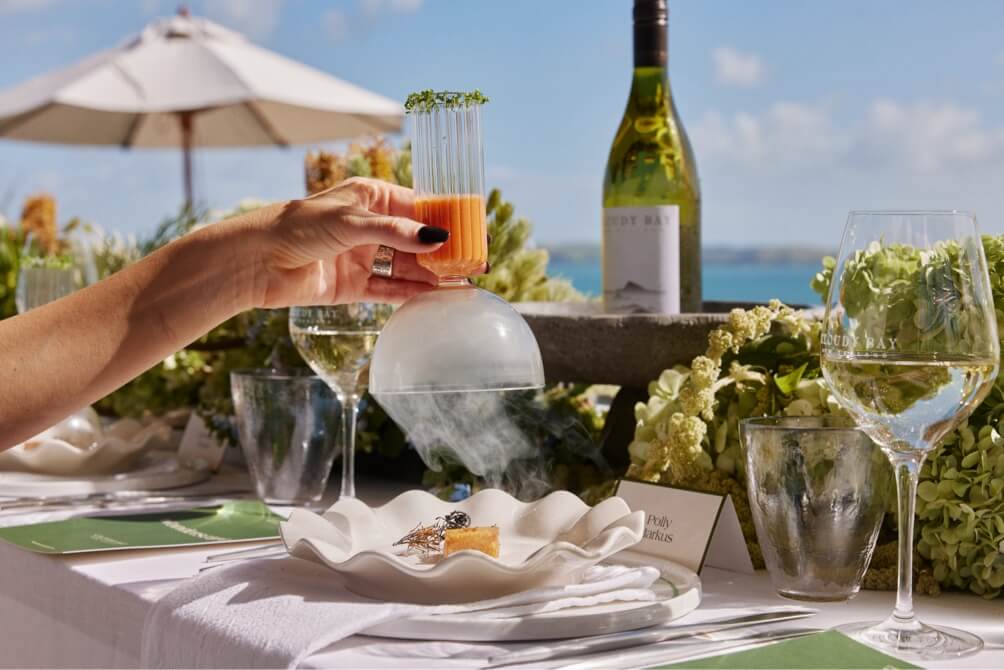 As part of Cloudy Bay’s Wonderscape At Home offering, they’ve also partnered with In The Roundhouse to create a bespoke plateware collection for four, inspired by the New Zealand winery. The green-rimmed plates evoke the sense of joy of sharing wine and food with friends, featuring illustrations of kaimoana like fish and oysters. Perhaps a suggestion for what to serve your guests over a long-lunch? These limited edition packages are now available exclusively from www.cloudybaycurated.co.nz, while stocks last. Delivery available nationwide.

I’ve kept things pretty close to home and work this week, so I apologise for the lack of geographical diversity. But I tried JUE JUE in the Lim Chhour food court for the first time and thought my meal (steak, rice) was simple but very tasty, with a hearty home-cooked food vibe; I had roast pork and soya sauce chicken on rice at Golden Garden on Dominion Rd (the roast pork is so-so but the soya sauce chicken with its garlic-and-spring-onion sauce on top is delicious); and I ate at Petaling also on Dominion Rd – the butter egg floss thing here is so yum (we had it with fish).

I went to that Ozone x Ragtag Tacos pop-up and I have to say it was not what I was expecting (I probably should have done my research and seen the Ragtag’s #notauthentic tag, which would have clued me in a bit better). It’s on again tonight and tomorrow – they didn’t have the lobster tacos when I went (boo); if you go, get the fried chicken chop one. I think it was missing a fresh element – something pickly, maybe – but that egg yolk sauce is very nice.

TBH, one of the best things I ate this week was a very large satsuma mandarin. I would highly recommend eating a mandarin.

Along with the aforementioned Lucky Strike, there looks to be another place opening up in Mount Eden soon called Superfly, a ‘70s-inspired eatery. (Speaking of Mount Eden Village, I think Gina’s Italian Kitchen is opening a second branch there too?)

There is a new Korean restaurant in Newmarket called AZIT, at 475 Khyber Pass Rd. It seems it’s taken over Baifu Dumplings (RIP!) and serves all the classics.

The storefront of Folds Patisserie looks ready to open soon (it’s taking over the spot previously occupied by Florette, at 297 Dominion Rd). It’s a bakery that sells mostly-Asian pastries and cakes, with flavours like pandan and taro.

I drove past this fancy-ish fish and chip shop recently in Grey Lynn which I think opened a couple of months ago called Nate’s Plaice (the I is deliberate!) at 411 Richmond Rd. 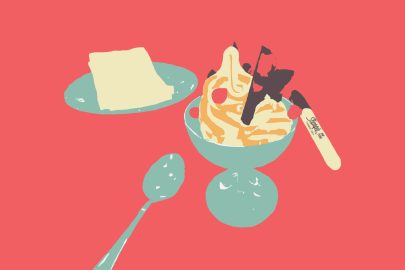 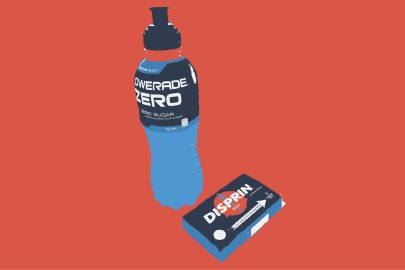