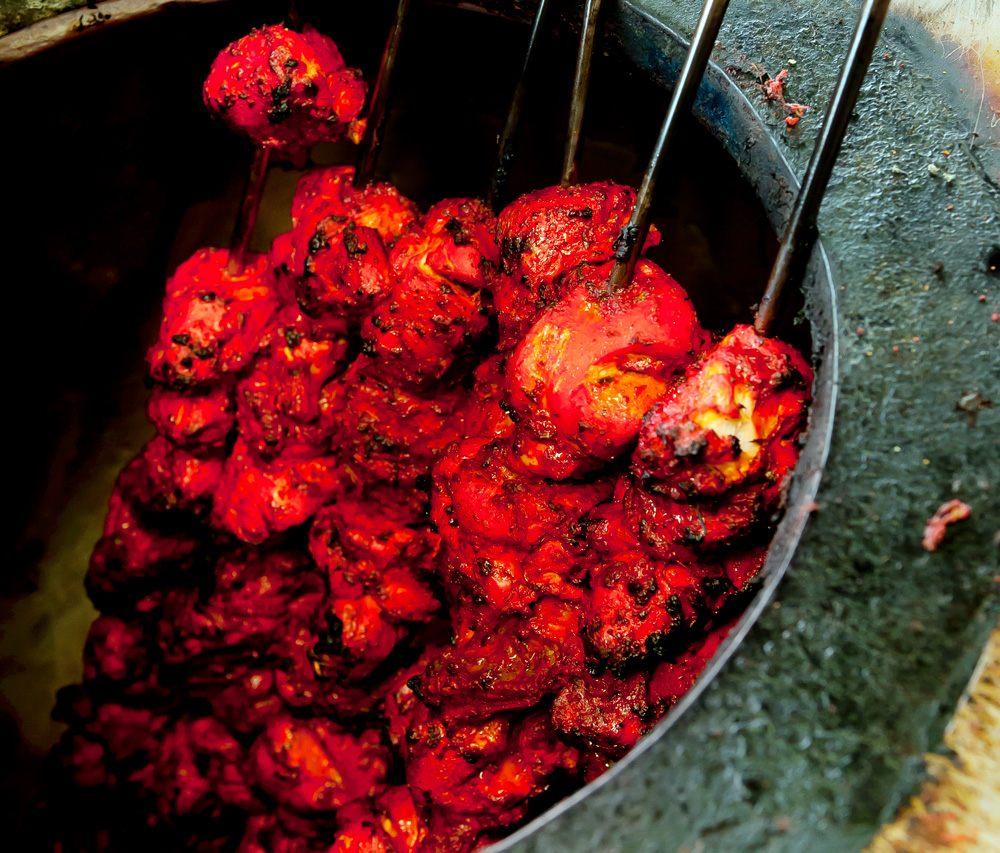 580 Sandringham Rd, Sandringham
Fantastic curries and chutneys, 7 Siri’s food is similar to that from South India, but lighter and more fragrant. The lump rice, three meat and three veggie curries wrapped in a banana leaf is wonderful — especially the one loaded with coconut.
Sri Lankan

523 Sandringham Rd, Sandringham
The curryhouse classics are superbly done at Bawarchi, but there’s plenty for more-adventurous eaters, including a selection of Indo-Chinese dishes and a range of offal-based curries. Lamb trotter stew, anyone?
South Indian

570 Sandringham Rd, Sandringham
Nobody does Gujarati chaat (street food and snacks) like Jai Jalaram Khaman. You’ll be amazed at what this bare-bones vegetarian joint can do with chickpeas, lentils, veges and spices: be sure to try the samosa chaat.
Indian

1A Kitchener Rd, Sandringham
Delicious Indian vegetarian snack food and curries, and dahi puris that are among the best in town. The menu needs translating but the friendly owner is happy to oblige. Carrot halva is divine — have it warmed for maximum flavour.
Indian

591 Sandringham Rd, Sandringham
Popular for both dine-in and takeaway, this Hyderabad-style eatery has grown to take up three shops, offering bain-marie curries and made-to-order. The dum biryani are especially good and the basmati rice is almost obscenely long of grain.
Indian

775 New North Rd, Mt Albert
If you’re looking for Vietnamese food bursting with flavour as it does in Ho Chi Minh City and Hanoi, Parkside is for you. Dishes like squid salad with mango, green banana, pineapple, carrot, red onion and chilli will make you feel alive.
Vietnamese

515 Sandringham Rd, Sandringham (also in Newton and Eden Terrace)
They’ve put dahi puri, those chickpea, tamarind and yoghurt crisp starters, on Auckland’s culinary map , and not many people can get through a trip to Satya without them. One of the best BYO spots, this South Indian stalwart remains one of our favourite cheap eats.
South Indian

520 Sandringham Rd,  Sandringham
Some of the best-value food in town. The priciest item on the menu is $10, and a dinner set of curries, roti and pickles will set you back just $7. The green bean and potato dry curry is fantastic, as are the dainty (and fiery) samosas.
Indian

898 New North Rd, Mt Albert
Small bready buns, filled with stock and pork and then half-fried, half steamed, crunchy and sticky, sweet and salty, scattered with sesame seeds and spring onion — some of the city’s finest fried foods.
Chinese