Elizabeth Gilbert: The Signature of All Things - review 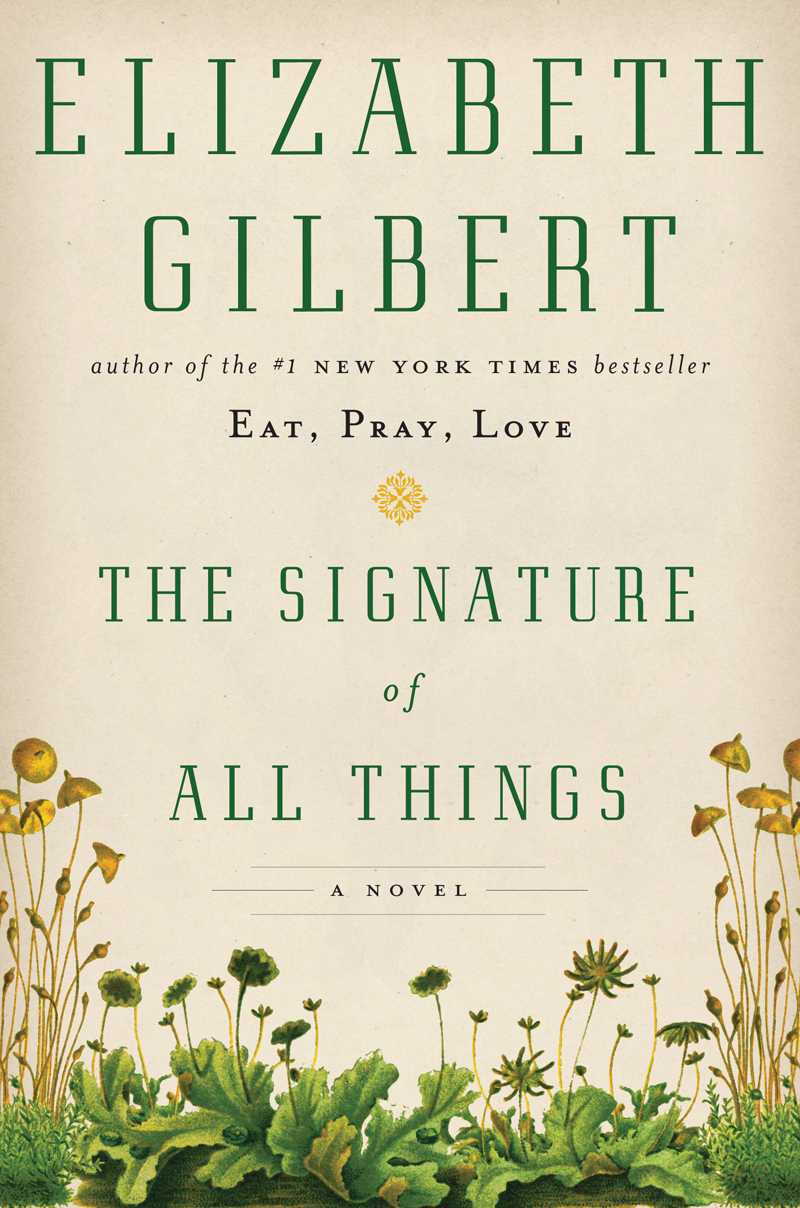 Signature of All Things
by Elizabeth Gilbert (Bloomsbury)

Elizabeth’s Gilbert’s historical novel The Signature of All Things swings into action at a critical juncture between the Enlightenment and the industrial revolution. Exploitation of the New World is a fraught but lucrative enterprise bringing lands, fresh resources, and most importantly, valuable plants for a rapacious coterie of collectors. Far from an elegant pursuit, botany is brutal but profitable, and many will die in the quest for the new.

Red haired, choleric and amoral, Henry Whittaker, is surely one of the liveliest and compelling historical figures never to have lived. Discovered stealing plants to sell, the ‘useful little fingerstink’ is brought before self-noting botanist Joseph Banks, and sent as a botanic spy on Captain Cook’s third voyage. Used and humiliated by his mentor, Henry forges a future and a pharmaceutical empire from medicinal plants.

Born into privilege, Henry’s daughter Alma resembles her father: ‘Ginger of hair, florid of skin, small of mouth, wide of brow, abundant of nose’. A stoic, clever girl, with a love of argument and understanding, she becomes a dedicated naturalist while young. Disappointed in love, and confined by duty, she rejects sorrow and buries herself in the tiny universe of mosses, edging towards a major discovery. The walled garden of Alma’s life is both illuminated and utterly transformed by the late arrival of a ‘fellow soul’, the enchanting and delicate artist, Ambrose Pike.

Alma’s journey towards personal and professional enlightenment is touching and transfixing. Engaging, salty, and vivid, her story is immersed in a relentless, and fascinating flow of historical detail. Often lyrical and quite beautiful on Alma’s pure love for her work and catastrophic love for Ambrose, the novel is clear eyed on the grimmer issues of the day such as slavery, venereal disease, asylums and shipboard sodomy.

Perhaps Gilbert’s greatest achievement, is to bring to life the commitment and passion of the naturalist for her field of study, at a time when science poses a greater challenges biblical truth through the closer examination of nature. Alma is unimpressed by the mystical idea of a divine code (the ‘signature’ of the title), based on God’s arrangement of plants and objects. Falling firmly on the side of science and argument, she nevertheless struggles to square her discoveries with her experience of human nature and altruism.

Gilbert feasts deeply upon the language of the period and studs the text with beguilingly archaic words such as ‘ensorcelled’, ‘gallimaufry’, ‘marplot’ and, importantly for Alma’s self discovery, ‘quim’. The rich and inventive description uplifts and occasionally disconcerting. Can a servant really be described as a ‘competent young washbasin of a girl’? But the reader is nevertheless enslaved and borne along by the impulsive, rhythmic energy of the writing and ongoing discovery.

Fans of Gilbert’s phenomenally successful memoir Eat, Pray, Love may see her as having diverted from form with this historical epic. But it is entirely typical of Elizabeth Gilbert to take a brave creative risk and carry it through wholeheartedly and I, for one, am glad of it.

Both Eat, Pray, Love and The Signature of All Things feature as protagonist, a strong, intelligent and self-critical woman, for whom work is its own reward. Both open themselves to transformational new experiences, seeking only to know and to be known. It seems that in The Signature of All Things, the apple has not fallen all that far from the tree.