Young people are not revolting 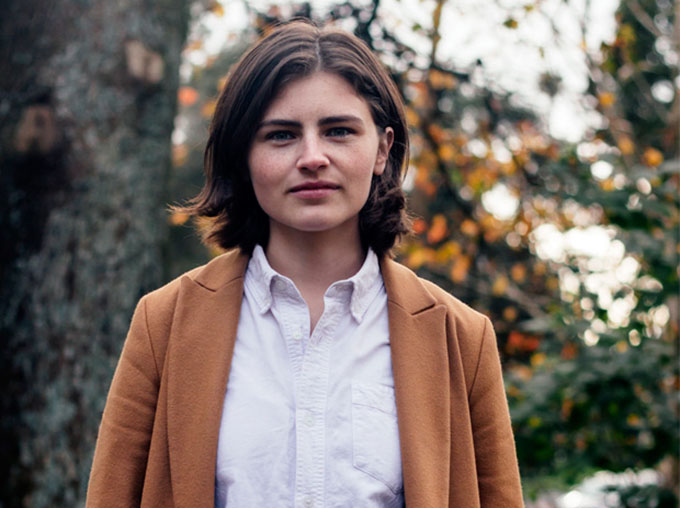 And other lessons from the Auckland election campaign.

1. Young people are not revolting.

Mayoral candidate Chloe Swarbrick argues she has been penalised by media focusing on traditional contenders. She means middle-aged candidates associated with political parties – all those people who put up billboards.

She’s right. She’s 22, genuinely independent and she has no billboards. She says she’s got a campaign budget of $3500 but so far she hasn’t even spent that much. And polling to date suggests she’s got a good chance of coming at least fourth.

Despite that, she didn’t even make the Herald’s list this week of the top six candidates.

Swarbrick is usually the candidate who surprises people the most at campaign meetings. She’s articulate, determined and likeable and has clearly done her homework. But there are, almost always, a few people – baby boomers – who mutter that young politicos these days are too pushy.

It’s an odd criticism, not just because Swarbrick is polite to a fault, but because, ahem, fellow boomers, don’t you remember how pushy we were? When did it become a bad thing that young people want to change the world?

Given the mess boomers have made of things, aren’t we lucky Chloe Swarbrick is running for office instead of burning the place down?

In fact, given the mess boomers have made of things, aren’t we lucky Chloe Swarbrick is running for office instead of burning the place down?

Besides, if she was doing the “proper” thing and starting slow by standing for a local board, here’s what would happen. We would never hear from her again. She would get no media coverage at all. But standing for mayor, she gets to promote her ideas to a wide audience. And if she does poll third or fourth, those ideas will need to be taken just a little bit more seriously. It’s a smart move. 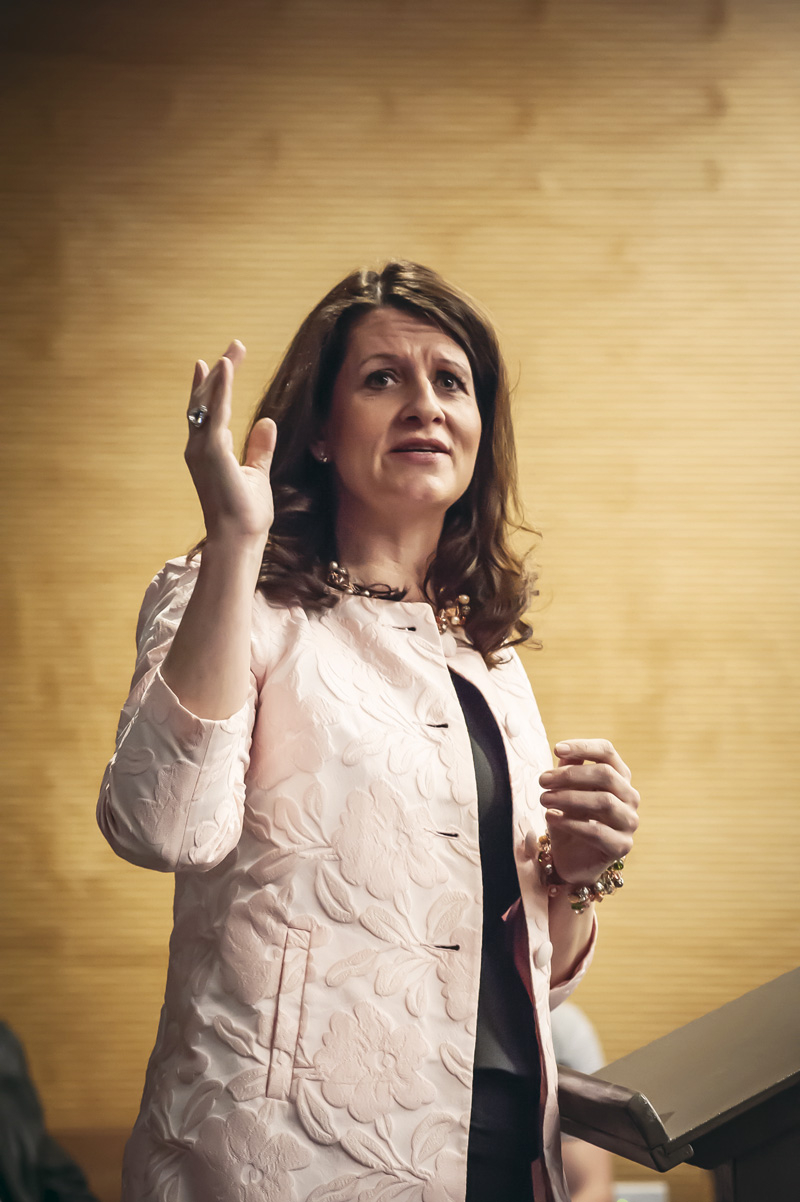 She also gets to promote herself, of course. But that’s no different from Vic Crone, who is also unlikely to win but is auditioning to become a National Party candidate for Parliament.

If you’re not impressed with the Phil Goff sleepwalk to victory and wish he had a bigger, bolder vision, a vote for Swarbrick is one way to send a signal.

2. The election is not just about the Unitary Plan. The sleeper issue is asset sales.

Most of the candidate analysis has focused on their attitude to the compact city, public transport, affordable housing and the like. Yes, we need a council dedicated to prioritising public transport and clearing the way for lots of good new affordable urban development. But whoever gets elected, they are not going to roll back the Unitary Plan. Legal disputes and some forthcoming plan changes aside, the UP is a done deal.

What’s not settled is how everything will be paid for. Especially in transport, where there is a $4 billion shortfall for projects to be built over the next 10 years.

Large rates rises have been ruled out by everyone. The government has blocked all efforts to discuss new road-user charges, including congestion charges, motorway tolling and a regional fuel tax. So that leaves asset sales – especially of water, the airport and the port.

The National Party’s front group Auckland Future (AF), along with “independent” candidates aligned to it, favours strategic asset sales, at least in principle. Phil Goff and the Labour/Green vehicle City Vision have both ruled them out.

Think of it this way. Should we pay more for water, which is inevitable if that asset is sold, and lose the income from the airport and port? Or should we pay more when we want to drive into the city?

Will the council sell strategic assets, or step up its campaign to make the government accept user charges?

Back to Chloe Swarbrick. Even if she had done the “proper” thing and tried to get herself on a party ticket, she wouldn’t have got a look in. On the left, City Vision is clogged up with party stalwarts: faithful servants who have, in many cases, been around from before the super city was formed in 2010. City Vision’s lists of candidates for governing body, local boards and health board reveal an almost complete failure to find bright and bushy-tailed new people to propel into office.

If you were young and on the left in this city, you would have almost no chance of persuading a party machine to back you for local office.

On the right, on the Communities and Residents (C&R) lists, it’s the same. National Party old-timers clog up the works. But they have a different problem in National’s other vehicle, Auckland Future. While it’s run by the old party faithful, its candidates are such a weird bunch of political misfits they’d make New Zealand First blush.

In Albany, AF’s got former league coach Graham Lowe, who is 70 in October and has never revealed the slightest interest in politics (unless you count that “pretty little thing” remark he made about Jacinda Ardern on radio last year). All he’s got is name recognition.

AF has candidates in south Auckland with a dubious legal history. It even has a guy who managed to enter himself in the wrong contest, so he’s standing for Maungakiekie against sitting AF councillor Denise Krum.

Why has the right failed, again, despite a high-profile campaign, to find enough strong candidates for the governing body of council? When this is all over, there may be blood.

4. Where’s Michael Bloomberg when you need him?

It’s not true that business leaders make bad politicians, although there’s a lot of evidence for it. One problem is that running an elected organisation, surrounded by assorted loonies and enemies and time-servers you cannot get rid of, is very different from running a company where you hand-pick the people around you.

And the problem is made especially acute at local body level, where many of the politicians you have to deal with are far more interested in the sound of their own voice than serving the community. At the national level, politics weeds out a lot of the narcissists. They are revealed as ridiculous and forced out of office. At the local level, they reign undisturbed.

But still, Michael Bloomberg in New York cut through all that. He was a business leader who turned himself into a politician and made things happen. It can be done. The trouble is, in the wake of Bloomberg there is a swarm of wannabes who think they are like him and don’t realise how untrue that is.

AF-aligned mayoral candidate Vic Crone tells audiences she understands the housing crisis because she rented her beach house to a friend. She explained at one meeting recently that she could afford to campaign because she had “saved some money” and she had “a few directorships”.

Her intention was to suggest she was being frugal and had a bit of part-time work. But it can’t be hard to save money on the salary of her last job, as MD at Xero. And, for the record, her director’s fee at Contact Energy – a job she does for “about half a day a week”, she said, and took on when she knew she was going to resign from Xero and run for mayor – is $120,000pa. 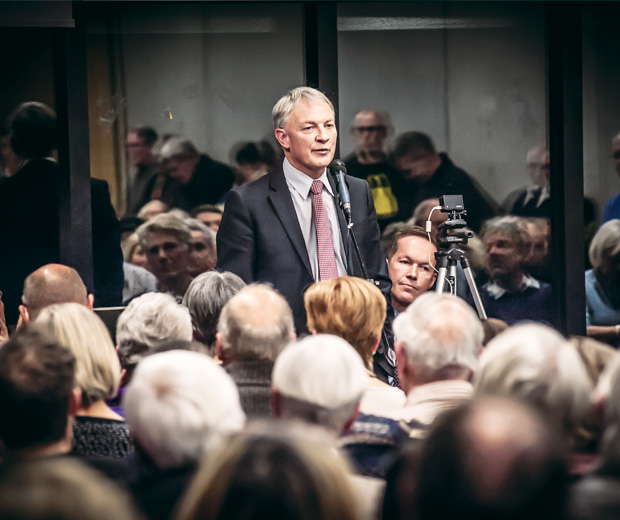 The mayor is a very powerful leader on council, unless they are politically incompetent or radically disinterested in controlling the centre. That’s because there is a strong centrist bloc of votes at their disposal. Indications are that on the new council the core of that bloc is will include around six of the 21 councillors, with perhaps another eight, some a little to the left and others a little to the right, who are extremely biddable.

That adds up to a big workable majority, and it will be available to Phil Goff or Vic Crone, whoever wins, provided they offer the right committee chairs and other favours to the right councillors. It was just the same for Len Brown in both his terms as mayor.

National, Labour and the Greens all use proxy organisations to contest the council elections, and that’s a bad look, right? Well, the reality is more complicated.

First, Labour actually has 70 candidates, standing as Labour, for various boards – and two candidates in the Manukau ward standing for the governing body. But in most wards its members are standing on other tickets. City Vision acknowledges its association with Labour and the Greens on its publicity. National doesn’t formally acknowledge any link with its front organisations, AF and C&R.

But there’s a critical difference between politics on Auckland council and in Parliament. In Wellington it’s organised through party caucuses. Except on conscience votes, every party member is required to accept the whip, which means they must vote with the party.

On council there are no whipped caucuses and party members vote all over the place. Will caucuses emerge? That’s what AF is hoping. But it’s hard to see.

They will need to woo National Party centrists like Linda Cooper and Bill Cashmore, both of whom were pretty loyal to Len Brown and will be eyeing key roles under a Goff mayoralty. AF will also have to persuade individualists like Christine Fletcher and Dick Quax to join the club. Neither has shown any sign of wanting to do that: they paddle their own waka.

AF has had success in persuading many candidates to sign its pledge to keep rates rises under 2 per cent. But Goff proposes a maximum of 2.5 per cent, which is hardly any different. Besides, it doesn’t follow the pledgers will support AF on anything else.

Voting isn’t just about the mayor. There are councillors, local board members, health board members and, for some people, licensing trust members to vote for as well.

The local boards are especially important. In many ways they’re the voice of local communities and they’re very likely to gain more power – and more ratepayer money to spend – under the new council.

If you get the envelope but don’t think you know enough to vote, open it anyway. There’s a booklet in there with candidate statements. It’s a good start. Voting has to be done, by postal ballot, before October 8. 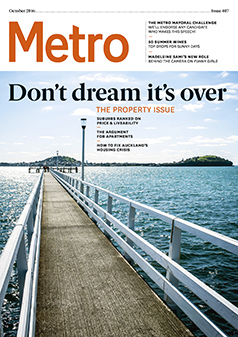