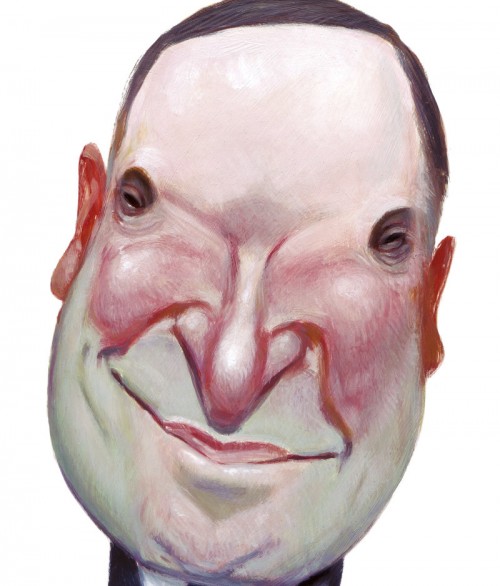 Editorial: John Key’s greatest friends have been his political enemies, but now there’s work to be done.

It’s a political truism that when you’re up you’re up, so none of your stumbles knock you off your feet. And when you’re down, every little misstep takes you closer to your grave. Prime Minister John Key is so up, he’s dancing on air. How did this happen?

I blame his critics — his political opponents especially, but also independent commentators. As spectacular mis­judgments go, it’s hard to think of anything greater than the nature of their complaints, especially in the early years of his leadership. He was, they said repeatedly, gauchely inept in his speech patterns and his vocabulary, embarrassingly off kilter in his sense of humour, insultingly dismissive of real concerns about various policies.

The result was profound. Key connected to a whole range of New Zealanders who did not see the world the same way as those critics. Their mockery both reinforced his popularity and discredited the people who engaged in it. And, perhaps because the critics did not change their line of attack, that discrediting came to define them.

It has been clear for at least five years now that when Key is mocked, a large part of the electorate reads the very existence of the ridicule as further evidence that he is the right guy for us and the jokers are irrelevant fools. Labour, in particular, while obviously having had its own problems finding the right leader, has added immeasurably to its malaise by misreading the nature of Key’s popularity.

Key himself has always understood this and has exploited it very adroitly. His speech is as lazy as ever, by design, because it is part of his appeal. “Or look,” he slyly reminds us as often as he can, “in New Ziln we dun wirry much abut thad stuff.”

And the crowd roars. Key’s speech is a symbol of his appeal.

Over those same years, complaints about him have ranged from the vitally important to the exceedingly trivial, but the difference often doesn’t matter. It’s not that his supporters have stopped listening to the complaints; rather, that they hear them as silly liberal scolding and that reinforces their resolve.

And nor is it that New Zealanders are illiberal — on the contrary, we live in one of the most tolerant, diverse and unbigoted societies in the world. But we really don’t like being lectured, or being told there’s something wrong with having a bit of fun, or people who sneer.

The Prime Minister was lied to by one of his own senior cabinet ministers last month, over an allegation that she misused her office in a way that could have benefited her husband, and it became public knowledge. If that doesn’t add up to a sackable offence, it’s hard to think what would (as Steve Braunias has suggested in this month’s Metro Daily column). But Judith Collins has kept her job, albeit with less credibility as a potential future leader of her party. It hasn’t hurt Key and therefore doesn’t seem to have hurt the government.

Next up, the Minister of Education, Hekia Parata, made the most ingloriously botched job of reporting on an inquiry into the Kohanga Reo Trust’s use of public funds. Nothing to see here, she told us, before referring the matter to the Serious Fraud Office. What? Parata has not lost her job either, although this botch-up is but the latest in a string of them.

That hasn’t hurt Key either, although it’s a stretch to think Parata will still be Minister of Education by Christmas, even assuming National forms the next government. Who will replace her? Education needs reform and is almost impossibly contentious. Its minister should be the most politically skilled, smart, committed and open-minded MP they have — and it must also be someone who cares about kids who are failing.

What we need most is a better school system to address the long tail of failure among the poor. What middle-class voting parents want most is for their own kids to do better than they already are. Yet those kids, by and large, are already well catered for by one of the finest school systems in the world. Education needs a minister who can negotiate their way, with purposeful reform, through that.

Step forward please, Mr Dancing on Air Prime Minister. The peculiar thing about John Key, is that, on his current record, his legacy is shaping up to be that he will have no legacy.

Education gives him the chance to change that. He shouldn’t be the minister, but he could appoint a great one, and use his own political capital to help steer the education debate through the minefields of suspicion, vested interests and electorate selfishness.

There are so many great schools serving poor communities in this country, made great by the quality of their principals and teachers, and hamstrung by insufficient government support.

Many of their best and brightest students are gone — bussed away to other, more obviously comfortable schools — and that’s a major tragedy in the making. The government’s new mentoring programme for principals and teachers was an excellent step in the right direction, but much more is needed. Remember those photo ops in McGechan Close back at the start of Key’s leadership? It’s time for him to build on their implicit promise.

As for poor David Cunliffe, that truism about when you’re up and when you’re down cuts both ways. David Slack reads the last rites in the new issue, on sale now.