DAY TWO: IN WHICH A NEW POLL PROVIDES A BOOST FOR DAVID CUNLIFFE  – AND JOHN KEY IS CAUGHT LOOKING STONED OFF HIS GODDAMNED ASS

Embattled Labour leader David Cunliffe has been handed a lifeline in a new poll.

A poll of 27 people were asked if they would give Cunliffe a glass of water if he was dying of thirst in a desert – and more than a half said they would definitely consider it.

When the same poll was conducted last month, only four people said they might be prepared to show him some mercy.

The stunning result has buoyed the Labour camp and raised Mr Cunliffe’s hopes of not looking like a complete loser on September 20.

Political commentator Bryce Edwards said it was too early to tell if the poll marked a seachange in the mood of the national electorate but would not rule it out.

Left-wing fantasist Martyn “Bomber” Bradbury said the poll exposed all other polls as a lie, and credited Labour strategist Matt McCarten for raising the dead.

Right-wing harridan Michelle Boag said the exact opposite, or would have if she’d been asked to comment.

The poll has led to Labour adopting a new slogan.

All advertising and campaign material will now be headed, “For Pity’s Sake.” 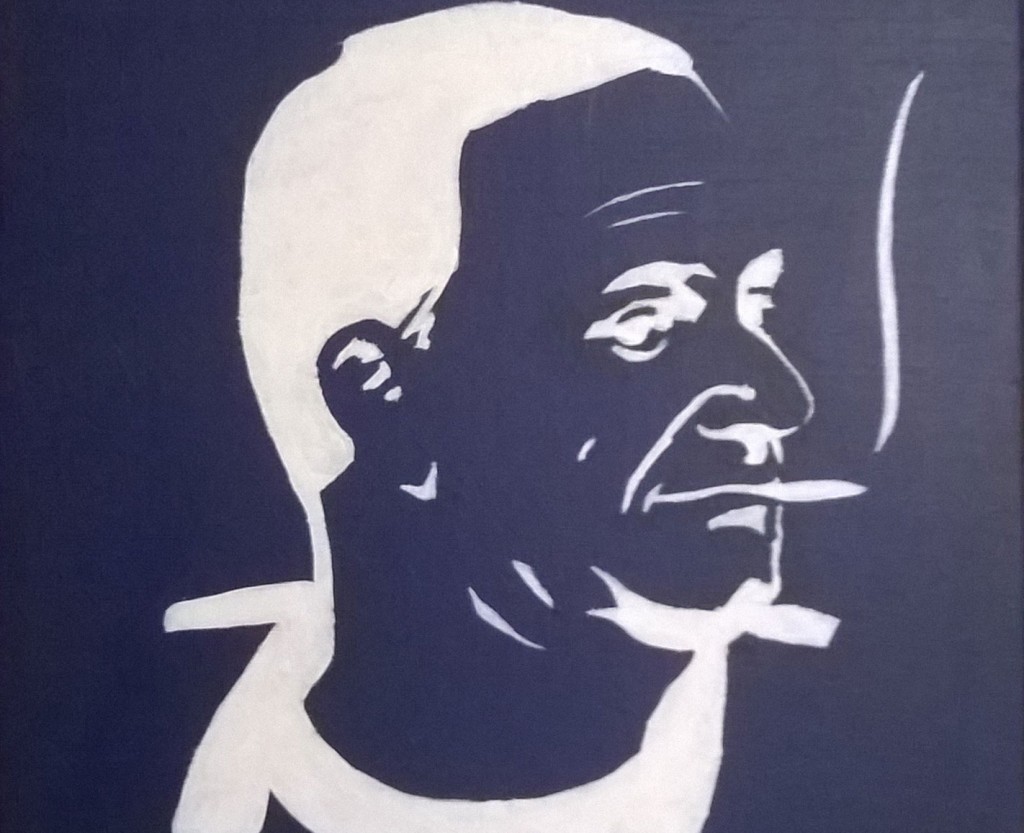 Hamilton “artist” Joshua Drummond has placed a TradeMe auction of his painting of John Key looking stoned off his goddamned ass – or at least looking certainly very relaxed.

Drummond’s portrait, reproduced above, depicts the Prime Minister on a packet of Zig Zag rolling papers. He appears to be smoking a spliff.

The current bid for the painting is $76.

In May, Drummond auctioned his self-described “really horrible painting” of former broadcaster Michael Laws on TradeMe. The auction became national news, and the painting was sold for $700 – far exceeding his wildest dreams of selling it for $1.

At the time of the Laws auction, Mr Drummond told the New Zealand Herald, “I think I’ll have a crack at a John Key. I don’t expect lightning to strike twice but I’ll give it a try.”

In an exclusive interview today with Steve Braunias’ Campaign Diary: Day 2, Drummond said of his painting of the Prime Minister, “I started this auction out of sheer admiration for John Key’s terminal levels of relaxation.

“It genuinely impresses me.

“I have never seen anyone avoid endlessly repeated questions about a scandal that fundamentally compromises the integrity of his party and Government simply by relaxing so hard that they bounce off him.”

The auction encourages questions. Someone called dtomes asked Drummond at 11.12am, “If he’s that relaxed why isn’t he running for the Green party?”

Drummond replied, “I don’t think you understand how this works. The Greens (all of them, all the time, 420 24/7 4 lyfe) smoke green only because they’re so uptight.

“John Key’s spliff is actually being relaxed by being in John Key’s mouth, not the other way around. He’s doing it a favour. He’s just that nice.”

The auction closes at 8.30 tonight, but may auto-extend.

The Prime Minister’s office is yet to comment on Mr Key’s aura of supreme laidbackness that Mr Drummond has captured.

Previously: Cameron John Slater asks for silence – and a high court judge goes for a ride on a Twitter machine.