John Banks: To Sir, With Love 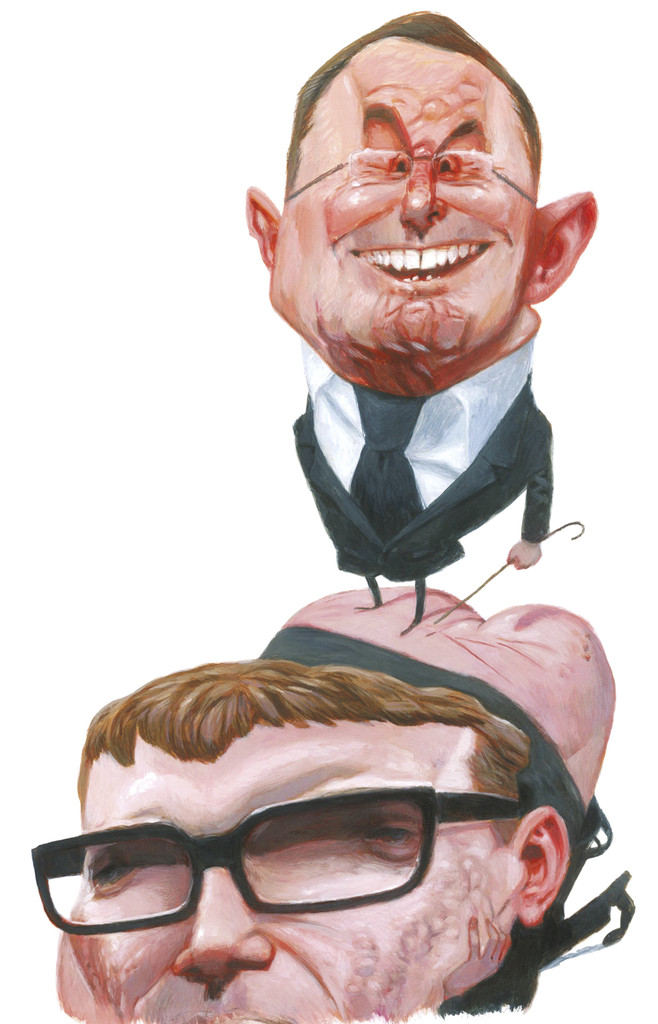 Paul Goldsmith and John Banks are standing for National and Act in Epsom.

Even though we’re rival candidates, we make no secret of our warm collegial relationship.

Just as we did when we were writing his biography, I still affectionately call him Sir and he still calls me Mr Goldsmith. They were good times. I’d be on on all fours in the Great Room writing in longhand.

After hours of dictation, he’d finally stop pacing the room, his bark would subdue to a yelp, he’d slump into his high leather chair and he would rest his tired feet on my back. As long as he wasn’t wearing spurs we might stay in that position for hours.

We’re going to all the same events so it just makes sense that we drive there together. He generously provides the Rolls. I only have to come up with the jodhpurs, cap, boots and gloves.

Big miles. Already we’ve witnessed the rich variety of the Epsom electorate, from the affluent splendour of St Stephens Ave to the abject poverty of Mt Eden Rd. Great fun.

We spent most of one recent Saturday at the Food Show at the ASB Showgrounds. Pressing the flesh. Getting out the message. You can be yourself in the one-to-ones. As per usual my line is “Vote for him”, and his is “Vote for me”.

Tiring work, though. By the time I got away from a guy going on about vanilla buffalo yoghurt, my face was feeling wooden. Got outside, and there was Sir, eating a sausage from some school BBQ fundraiser. Still full of energy, he playfully pulled out my shirt-tails and wiped the tomato sauce off his hands. Make no mistake, he’s still got it!

Go to Grammar. Sir addresses the assembly last. Congratulates them for ditching NCEA and encourages them to bring back caning. Tears up a little as he starts reminiscing about the way things were before we got all PC. Offers a demonstration and before I know where we are, I’m down on all fours again taking a thrashing and crying out, “Thank You Sir May I Have Another!” Boys are well behaved but I can tell by the way they’re squirming they’re dying to applaud.

On Wednesdays we pick out a car yard and stand outside with our rosettes. We go mid-morning to catch the school mums after coffee, bringing in their Porsche Cayennes and Audi 4WDs for service. Sir is in his element, and he’s relentlessly on message. Says to every one of them, “Act stands for the dignity of the individual.” I’m not really a car guy, though. He has to keep reminding me to click my heels and salute when a black one drives in.

Always a bit tougher when we visit the poor side of town where people clean their own cars. We’ll chat and offer to help. Yesterday on Prospect Tce he made a point of playfully ducking me in the bucket and cleaning the windscreen with my hair.

He winked at me as we walked on, and said, “It really is true what they say, Mr Goldsmith: what doesn’t kill you makes you stranger.”