Is the age of denial over? 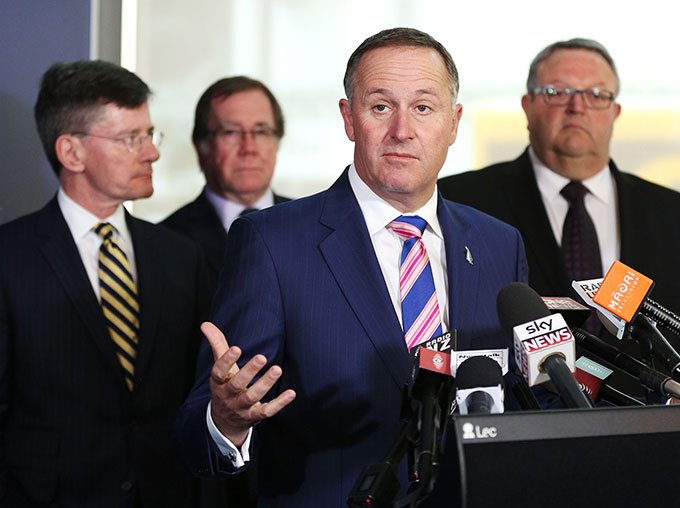 The latest uproar over homelessness, Auckland house prices and immigration marks the end of an era when voters looked the other way at the government’s behest.

“Never believe anything in politics until it is officially denied” is an adage attributed to Otto von Bismarck. But in 21st century New Zealand so much is denied by the National-led government and so many problems swept under the carpet it has been almost impossible for many people to know what to believe, what is true or even what matters any more.

According to our current government and its Denier-in-Chief John Key, there is no housing bubble or crisis in Auckland; record immigration is not a problem; the steel in our roading projects is fine; plummeting milk prices are not a huge worry because dairy constitutes only six per cent of the economy even if it is 20 per cent of exports and so on and so on.

The list of denials is long. The only pressing problem that the government has enthusiastically and straightforwardly acknowledged in the mainstream media this year seems to have been the possibility of sexist slogans on the sides of Wicked Campers vans corrupting the minds of the young.

Until John Shewan’s report appeared in late June, there was no problem with foreign trusts either. Even after Shewan unequivocally declared our current disclosure regime was inadequate, John Key downplayed the vast discrepancies between what he and the tax expert had said.

John Key has proved himself to be the Houdini of modern politics, repeatedly wriggling out of seemingly impossible situations by his own particular brand of evasiveness, effrontery and selective amnesia.

John Key has proved himself to be the Houdini of modern politics, repeatedly wriggling out of seemingly impossible situations by his own particular brand of evasiveness, effrontery and selective amnesia.

His cabinet understudies often try to emulate their audacious leader with their own denials and obfuscations, but with less success. Nick Smith has the least aptitude of any of the ministers in this area, despite stiff opposition from the likes of Judith Collins and Paula Bennett (who invented new emergency beds that already existed). In fact, Smith often seems to be unhinged from reality to a degree that would be frightening in an ordinary person, let alone a minister of the Crown. In June, for instance, he claimed that sharply falling home ownership rates among Maori and Pasifika over the past 25 years was because of their poor educational success and consequent lack of employment opportunities — as if these groups had been so much more successful academically and vocationally a few decades ago.

Naturally, the problem had nothing to do with accelerating prices putting home ownership in Auckland out of reach of even well-educated, well-paid people, and his comments were easily translated by rednecks as: “U don’t own a house because u r stupid”.

Aided immeasurably by the inadequacies of Labour during the post-Clark era, Key and his ministers have held the nation in a trance for almost eight years and the best efforts of commentators and opposition politicians to startle the population from their somnolence have largely fallen on deaf ears. There have been brief bouts of general restlessness — such as over the TPPA and asset sales — but mostly the electorate has been happy to be placated.

When Laila Harre, leader of the Internet Party, announced before the 2014 election campaign: “I want to wake New Zealanders up from the anaesthetic trance that John Key has induced with his soothing words,” she may as well have been whistling in the wind. 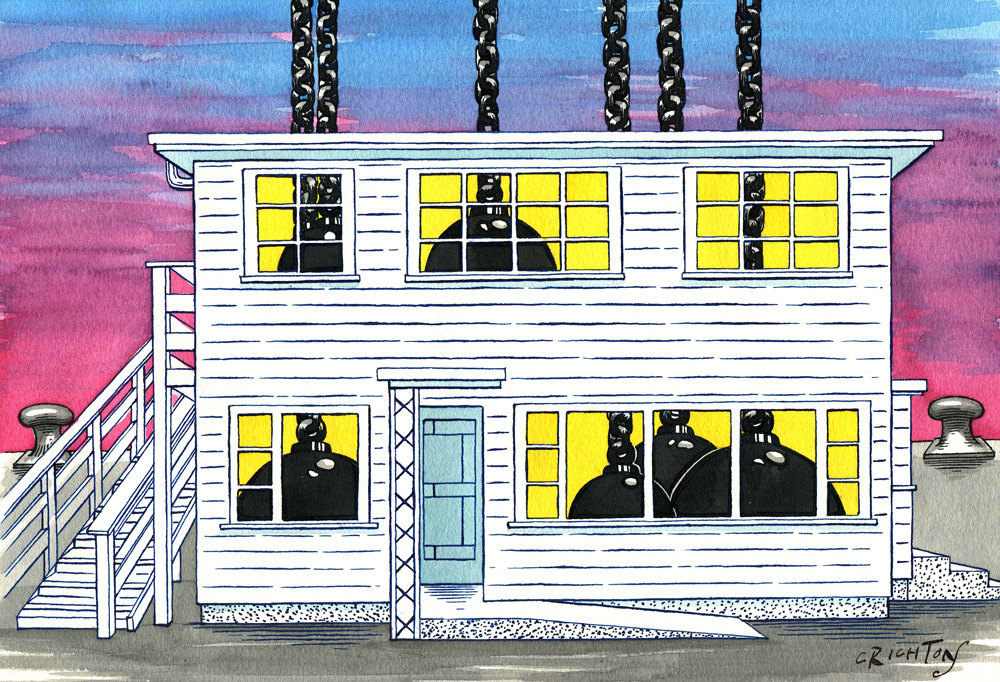 It began with a report on The Nation about homelessness on May 14. The topic was picked up by other news media and New Zealanders finally had their consciences pricked as they realised what New Zealand had become while they were not paying attention.

New Zealand now has levels of inequality we had formerly associated only with far harsher, less compassionate societies such as the US.

It is true that the poor will always be with us, but families living in cars because they can’t afford to rent a house (or maybe a garage) despite one or both parents being employed full-time is a shocking admission that New Zealand now has levels of inequality we had formerly associated only with far harsher, less compassionate societies such as the US.

Key tried to defuse the issue on Morning Report with his best impression of Marie Antoinette: “Let the homeless go to Winz” — but that was roundly decried.

Then Key claimed the Sallies had knocked on car doors only to be told their help wasn’t welcome. It turned out not to be true; as the Sallies were quick to point out, that nocturnal event never happened. And it’s probably not the smartest political move to implicate selfless angels of the night like the Sallies in an attempt to make you and your shabby housing policies look plausible.

From there the topic of the homeless has snowballed in the media. And now the government is panicking… not only about homelessness (stooping to leak a smear about the chairman of the Te Puea Marae, which has succeeded in doing what the government has signally failed to do — house the homeless), but also about rocketing house prices and immigration. It’s a safe bet that National’s internal polling is showing that they are haemorrhaging support on these issues, which could cost them dearly at the general elections next year.

How else to explain Key’s attempts to look like he’s doing something about a situation he has denied is a crisis? In the past fortnight, he’s flailed about unconvincingly — a $1 billion loan to fast-growing cities for new infrastructure was condemned as a sop by both the right and the left; a recommendation to the Reserve Bank to increase loan-to-value ratios for housing investors raised eyebrows since Key has always insisted the problem should be addressed by boosting supply not curtailing demand and, furthermore, the central bank is supposed to be independent; and an attempt to soothe anxieties about soaring immigration by saying there is nothing to fear because the government has it under control has fallen far short of allaying those fears.

Key is unable to dismiss voters’ concerns as inconsequential as easily as he has done in the past. The platitudes, evasions and denials are simply not working anymore.

Housing woes and immigration are flip sides of the same coin. And it is dawning on people that National’s proposed cure for accelerating prices through ramping up housing supply is never going to be a workable solution in the foreseeable future — especially when the average house price in Auckland is nudging $1 million and prices have risen by 16.1 per cent since June last year. Even the Herald pitched in with an editorial after our biggest banks said they wouldn’t be providing mortgages to foreigners without New Zealand income: “The government has been too slow to admit there is any sort of crisis, bereft of ideas beyond the supply side of the market, and now we are watching banks take the lead. It could be the turning point [for the housing market].”

Brexit has made it clear that questions such as high levels of immigration can’t be swept under the carpet forever.

Extraordinarily, Key tried another run of his already discredited “they-don’t-want-help” line by attributing falling home ownership rates to people preferring to rent rather than own a house but that sort of explanation is looking increasingly desperate if not downright insulting.

And Brexit has made it clear that questions such as high levels of immigration can’t be swept under the carpet forever. Key can insist all he likes that we’re getting high-skilled immigrants but, as Bernard Hickey has pointed out, it’s not “doctors, filmmakers and software engineers” who are pouring in. The figures show we’re mostly importing a high number of lowly paid chefs, retail managers, tour guides and hospitality workers.

And so the game is finally on and national politics has suddenly become dynamic rather than plainly dispiriting. Instead of being told: “There, there, don’t you worry your pretty little head about it…,” National is going to have to change its tune and come up with some meaningful, effective policies in time for the election — not least to head off the spectre of Winston Peters, long-time opponent of unfettered immigration, holding the balance of power.

The government has got itself into a mess over the interrelated issues of immigration, house prices and housing the homeless by denying for years they are a problem and then not coming up with a coherent or plausible plan to solve any of them.

The tenor of debate in the media has changed dramatically over the past few months; the government that could do no wrong is finally in the gun.