Is it wrong to want fewer immigrants?

Graham Adams asks if our current intake of immigrants – the highest, per head, in the Western world – is actually working.

This article was first published in the September 2016 issue of North & South magazine.

Immigration – and whether we should reduce it or control it more closely – has long been a contentious topic. Even those wanting merely to mull the question of immigration learn to keep their mouths shut among certain sectors of polite society – not least among many liberals, academics and journalists – because few topics are as loaded.

Simply suggesting New Zealand should reduce its current intake means some people will automatically assume you vote for Winston Peters, you think Nigel Farage should be given a knighthood, and you’d almost certainly vote for Donald Trump if you lived in the US.

Despite high levels of immigration having transformed our society (and particularly Auckland’s) over the past few decades, it’s still difficult to discuss the topic openly and calmly. Peters has spoken about these issues for a long time, of course, but he and New Zealand First have been shoved firmly into the populist/racist corner.

The biggest problem with not discussing immigration is that when it finally bubbles over, it can fan ugly political responses that are truly racist and xenophobic. Donald Trump’s Republican campaign shows how unpleasant political discourse can become.

But the winds of change are blowing, and forcing the discussion into the open, like it or not. It’s clear from the presidential campaign in the US, Britain’s referendum on leaving the EU, and Europe’s growing fear of the numbers of refugees washing up on its shores that the tide of history has turned against unfettered migration. It’s been a sudden shift that has wrong-footed many people who liked to think, perhaps smugly, that they were on the right side of history. But when history suddenly, unpredictably, shifts to the other side, where do they stand?

Political gadfly and PR executive Matthew Hooton admits he might have backed the wrong horse for the past two decades. In the wake of the Brexit vote, he opined in the comments section of the Dim-Post blog site that he was reconsidering his long-held stance on immigration: “There is also the argument on immigration that the liberal globalists (of which I count myself one) have spent at least 20 years arguing, ‘Immigration is good for you because it makes a country more cosmopolitan and internationally connected, and also [some say] a moral duty, and if you are against it you are racist.’ 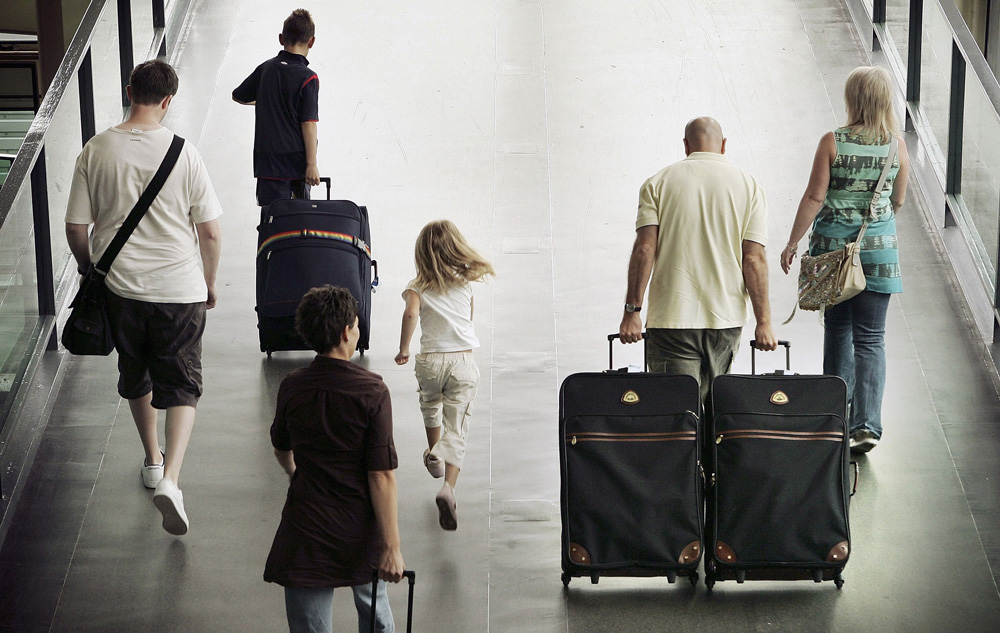 “My regular use of this argument over many years (or at least one like it) was a reaction to the vile way Winston Peters raised the issue in the early 1990s. I suspect other liberal globalists in the UK and US are reacting the same way to the vile Farage and Trump. But it is a false argument. Immigration is a choice.

No country has to take anyone in if they don’t want to (except, I guess, UN refugee quotas). But for 20 years no one in authority in New Zealand has really made the case for why immigration is good for us – just if you’re agin it, you’re a racist, provincial xenophobe.

“Yet as I look back over the last 25 years in New Zealand, I’m not sure that Peters was wrong on the substance of the issue (but I still maintain his argument was disgusting in form).
“Why should the UK take in anyone who arrives from EU countries that have a per capita GDP nearly half of theirs? (I’m thinking Bulgaria or Romania and even Greece and Poland.) I can see there are good reasons that can be put, but they never have been.”

Straightforwardly good reasons are not easy to find, which is why, perhaps, they aren’t offered more often. It’s true that New Zealand has a declining birth rate and we need more young workers to pay for our burgeoning older population, with their high superannuation and health-care costs, but it matters hugely to our economy exactly what sort of workers and new citizens we are getting, and how productive they are.

It matters hugely to our economy exactly what sort of workers and new citizens we get.

Some of our most influential public institutions are not convinced our high levels of immigration are an unadulterated blessing. In a briefing written late last year and released recently under the Official Information Act, Treasury warned that migrants pouring into the country could push New Zealanders out of low-skilled jobs, keep wages low and fuel housing pressures. It noted immigrants were increasingly working in low-wage industries where there doesn’t appear to be a skills shortage.

In June, financial journalist Bernard Hickey analysed temporary work visas from 2014-2015 and showed that the intake is not entirely the highly skilled newcomers John Key tells us we’re getting. It really does include a large number of chefs – a subject Labour leader Andrew Little had remarked on earlier in March to Key’s derision.

Hickey noted that chefs (2283), dairy cattle farmers (1596), cafe/restaurant managers (975), and retail managers (924) topped the list of migrant “essential skills” positions. In July on The Nation, Patrick Gower pointed out to Key that working visas have also been granted to more than 5900 tour guides. Key defended it stoutly, citing the size of the tourism industry. But to many, something very fishy seems to be going on in the sorts of occupations we accept as “essential skills” for our economy.

Consequently, there’s an undercurrent of popular discontent about how our immigration programme is actually run. The number of cases before employment tribunals fining Indian employers for underpaying and exploiting their immigrant staff raises suspicion about how temporary work visas are being abused, and how often the foreign student scheme that brings so many young Indians into the country is used as a front for obtaining residency.

People also notice large numbers of immigrant nurses in our hospitals when many new local graduates can’t get jobs (a particular bugbear, naturally, for the New Zealand Nurses Organisation).

Thanks largely to the extensive debate about Brexit in the UK, it’s also becoming clearer who high immigration mostly benefits: first and foremost, the wealthy and business owners who can suppress wages by using imported cheap labour. The wealthy are also less likely to suffer directly from competition with immigrants too, whether for schooling (since their children will often be privately educated) or for medical treatment (they can sidestep public queues through private health insurance). Then there are those who already own one or more houses, who get richer as prices rise through the added demand immigrants bring, which includes a fair chunk of the Auckland electorate, in particular.

Another principal beneficiary of mass immigration is the government, since it’s a relatively easy way of flattering our GDP figures, which is why it was popular with the Clark and Key governments alike.

Recent figures show this clearly. The NZ Herald reported that in the year to March, annual GDP growth was 2.4 per cent. However, when population growth was accounted for, per capita GDP in the year’s first quarter rose by just 0.1 per cent, indicating a total of only 0.4 per cent for the year. While our headline GDP growth looks impressive, our per capita income (the best indicator of a strengthening economy) is almost flatlining. Finance minister Bill English admitted in March that New Zealanders’ incomes are falling on a per-person basis.

In 2011, the Savings Working Group worried that a policy of high immigration may have seriously damaged the nation’s prospects (including inflating the exchange rate): “The big adverse gap in productivity between New Zealand and other countries opened up from the 1970s to the early 1990s. The policy choice that increased immigration – given the number of employers increasingly unable to pay First-World wages to the existing population and all the capital requirements that increasing populations involve – looks likely to have worked almost directly against the adjustment New Zealand needed to make and it might have been better off with a lower rate of net immigration. This adjustment would have involved a lower real interest rate (and cost of capital) and a lower real exchange rate, meaning a more favourable environment for raising the low level of productive capital per worker and labour productivity.”

The main propellant of the immigration debate, and the cause of much popular resentment, of course, has long been soaring house prices in Auckland, and how much wealthy immigrants (or foreign money via newcomers) are responsible for driving them.

The government claims it hasn’t kept figures that might answer the question and so far has done as little as possible to answer demands for better data, all the while minimising the problem. The Reserve Bank is not impressed, however, suggesting in July that the government should review its immigration settings, given that the “160,000 net inflow of permanent and long-term migrants over the last three years has generated an unprecedented increase in the population and a significant boost to housing demand”.

Surprisingly, many young people I have discussed immigration with who fret about not being able to buy a house in Auckland are loath to criticise immigration levels – even though they are often the ones most directly in competition with foreigners (or newcomers) for houses. Terrified at appearing even slightly racist, they instead direct criticism at the baby boomers for driving up house prices by buying investment properties and resisting moves to shoehorn more dwellings into well-established suburbs. For some reason, branding their elders as irresponsible and selfish is socially acceptable whereas discussing cutting immigration is not. It’s a one-eyed approach that means they often can’t or won’t analyse how high immigration helps shut them out – or conversely, how crimping immigration could help lower prices. (Economist Michael Reddell suggested on TVNZ’s Q&A in June that lowering the immigration target from 45,000-50,000 a year to 10,000-15,000 would see Auckland house prices 25 per cent lower “within a year or two”. See our Face to Face interview with Reddell on page 40.)

For everyone’s sake, it’s time we started talking about immigration openly, without accusations of racism and xenophobia closing down the debate before it gets interesting and – more importantly – illuminating. And, as the Treasury paper also pointed out, while public debate in New Zealand has been “relatively calm” so far, it can turn “on a dime”. And it’s probably worth noting, as the NZ Herald has, that the immigration programme Key’s government is implementing is much more extreme in terms of our population than the situation in Britain that helped force it out of the EU.

Per capita, New Zealand’s net migration gain is nearly three times that of the UK.

Main image: Passengers at Heathrow Airport, London. In the year ended June 2016, excluding Australia, the UK contributed the most permanent and long-term residents to New Zealand, followed by India and China.