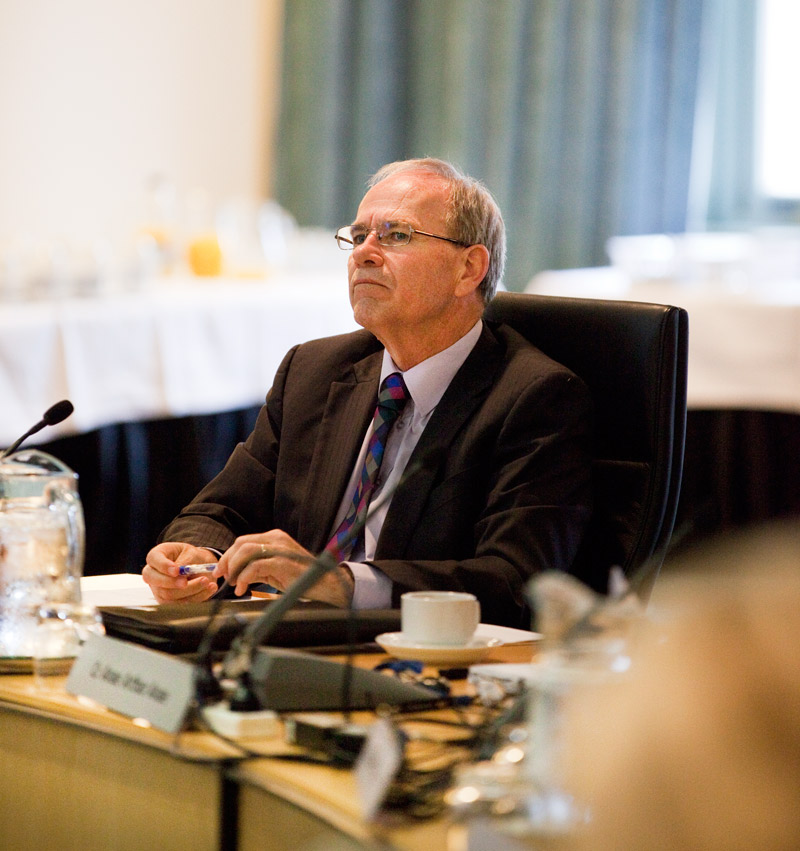 In the 72 hours between Len Brown’s inevitable re-election and its dramatic follow-up, Aucklanders were given an old-fashioned telling-off. To the horror of earnest election officials, just 34 per cent of us had bothered to choose from the various misfits on the local-government postal ballot. The remainder stood accused of abandoning their civic duty. Unfavourable comparisons were made with general elections, when an average of 80 per cent of us traipse down to a community hall to vote — a few more if we are afraid of a Don Brash or want to get rid of a Helen Clark, and a few less when we are generally content.

Dismayed, election officials blathered that we should be given the option of internet or text voting, something that should concern even the strongest supporter of John Key’s Telecommunications (Interception Capability and Security) Bill. In fact, the election method is unlikely to make a difference because Aucklanders’ propensity to go out of our way to vote for central government but throw our local-government ballots in the recycling bin is almost certainly rational.

Despite 30 years’ rhetoric about devolution — what the European Union calls subsidiarity — power in New Zealand remains extraordinarily centralised. In 2009, the last year for which comparative data is available, 88 per cent of public spending in New Zealand was controlled by central government, the highest proportion in the OECD and well above the average of 46 per cent. That means that in 2009, Bill English spent around 37 per cent of the entire economy. Only the United Kingdom’s Chancellor of the Exchequer personally controls such a high percentage of spending in an OECD economy.

In contrast, New Zealand’s combined local government sector was in charge of just 12 per cent of public spending, less than five per cent of the economy. Even Sandra Lee’s controversial decision in 2002 to grant local government general competence — the power to do whatever it wants unless Parliament specifically forbids it — has seen only a 1.5 per cent shift away from central government in favour of local government.

As well as controlling so much of the economy, central government in New Zealand is unencumbered by a written constitution, an independent legislature or even an upper house as weak as the UK’s House of Lords. If Steven Joyce convinces Key and English to cut taxes, raise them or give a private company a $30 million indulgence, it is pretty much a done deal.

Conversely, even within its small sliver of the economy, power within local government is widely dispersed. Mayors can provide leadership — as Brown did on public transport, forcing Key and English to cough up the cash — but mayors can’t set policy without a majority on council, and council officers continue to make almost all decisions, short and long term.

It’s true the Super City’s leader has more executive powers than other New Zealand mayors, but his primary role remains as Auckland’s chief ribbon-cutter. Especially with this year’s result being a foregone conclusion, election officials should be more surprised that as many as a third of Aucklanders bothered to vote.

The OECD data is also the context for the delightfully vicious shenanigans since the election. Most often trotted out in recent days has been Henry Kissinger’s axiom that power is the ultimate aphrodisiac but more relevant is the dictum that the viciousness of politics is in inverse proportion to the stakes. This is the rule that predicts Nixon and Mao will work courteously together while bitter struggles occur for control of the Onehunga branch of the NZ Communist Party.

The serious players in New Zealand politics — left, right, centre or green — focus on Parliament because that’s where the power is. As hard as this may be to believe, filtering processes are put in place that are usually successful in preventing loners, losers or loonies from becoming involved in national politics.

No such filtering processes exist for local government. Literally anyone is welcome, so washed-up nobodies, ambitious charlatans and outright Walter Mittys rise up high and fast. Wannabe strategists want to set their lives to music. Honey traps, anonymous texts and secret late-night rendezvous in carparks are all part of the fun.

But let’s not be too critical. These people provide a certain public entertainment and the election authorities should be positively grateful to them. After all, the theatrics since the election no doubt mean there’ll be a record turnout when we next vote for mayor.