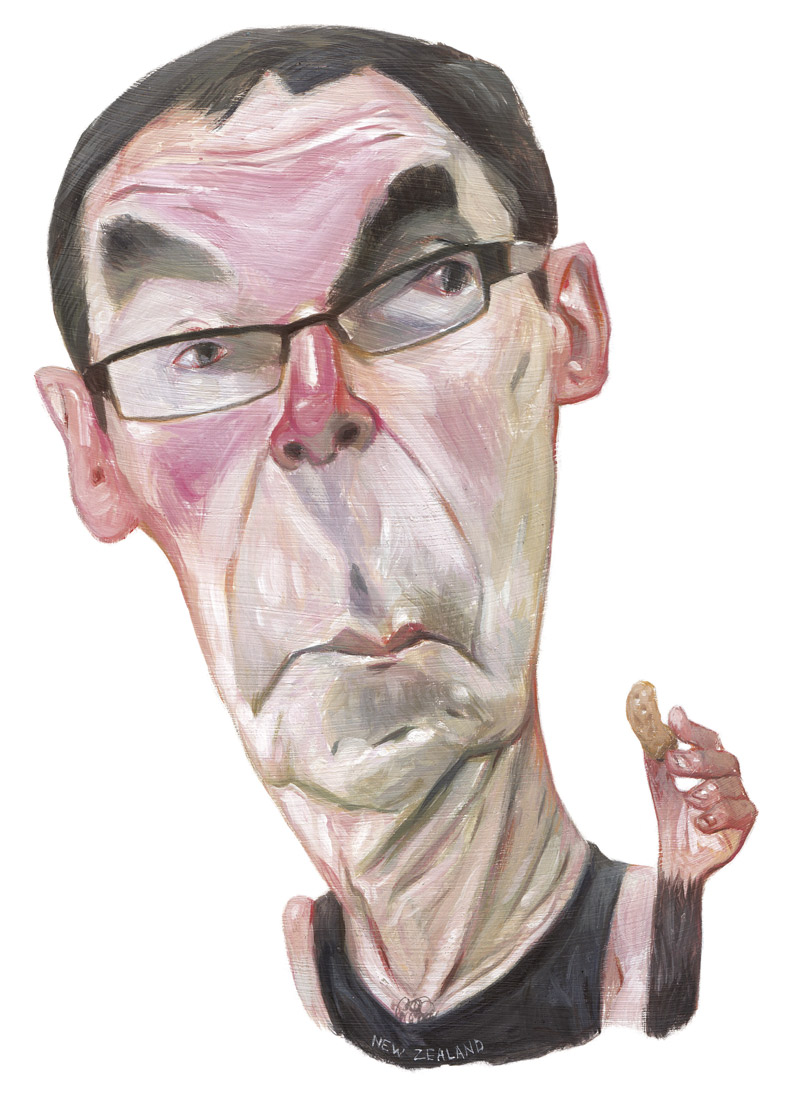 Dick Quax, the man who went into politics to get politics out of people’s lives, is dead, strangled by an enraged gibbon. Both were 94.

Theodorus Jacobus Leonardus “Dick” Quax spent his life running: initially for glory; later for office and, in the end, around and around a room chasing monkeys.

He enjoyed great fame as a young man. Few could run faster than him at 1500 metres, at 5000 metres, at 42km. Not even a moustache as large as a small rodent could slow him down. He won silver at the Commonwealth Games; silver at the Olympics. He set world records.

When the glory days ran out, he put on a suit and became a sports impresario. For some this might have been enough, but Quax saw that the world was being run badly. Like a health inspector to a dumpling house, he found himself drawn to politics.

The libertarian principles of the Act Party were fresh air in a world of glad-handers. He stood proudly for Parliament under their yellow banner of freedom, but without success.

He turned to local body politics where spendthrifts were also helping themselves to other people’s money.

His was the voice of responsibility.

He predicted “a tsunami of protest… as high-rise apartments replace trees and parks”, but year followed year and he found himself forlornly predicting a tsunami that never made landfall.

He was on the verge of surrender when he had his eureka moment. “It came to me while I was having coffee at the car valet,” he told reporters.

“I looked at them cleaning my car, and I thought: ‘I bet a monkey could do that.’ And then I thought: ‘And you wouldn’t have to pay them minimum wage. You could literally pay them peanuts. Vegetables. Grasshoppers.’”

Quax was mocked as he set up his car-wash training centre, mocked as he tussled with quarantine and mocked on opening day when staff threw excrement at each other.

But the runner persevered and his monkeys turned out to be better at many things than humans.

Within a decade, the top five companies on the NZX all had a gorilla as CEO.

The venerable Kiwiblog site was eclipsed by the blog of an angry marmoset writing under the banner “WhaleOil, But Without The Faggy Stuff”.

One elderly monkey even won the America’s Cup from Dean Barker in a match race of mobility scooters around Mt Roskill.

Quax, though, lamented that his experiment had been something of a failure.

“Monkeys are very social animals, so you’ve still got that problem of sub-100 per cent productivity. And they’re shit at making coffee. It’s a crying shame, because if they were, there’s no way we’d be paying $65 a cup for the stuff. It’s a ripoff.”