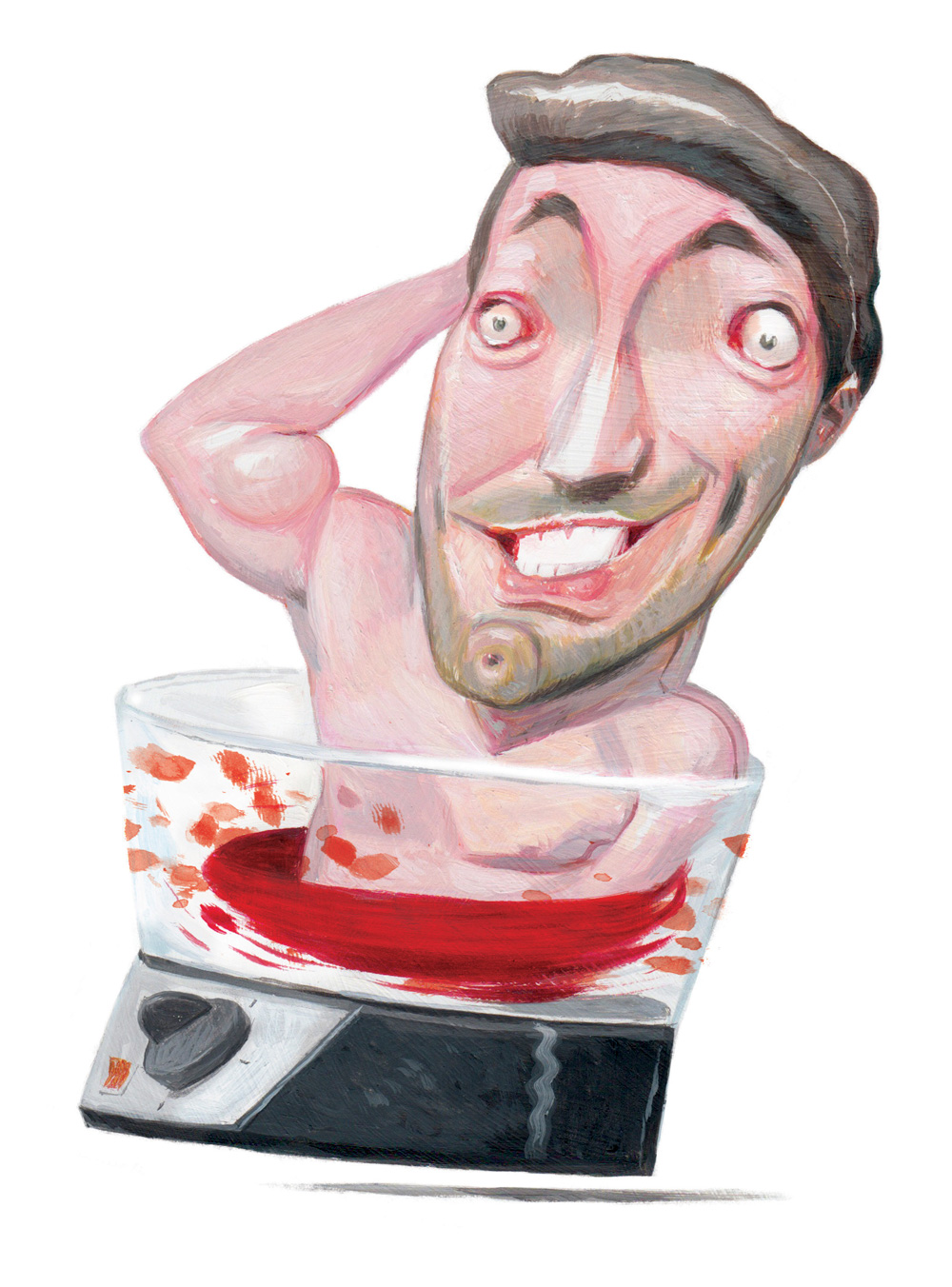 Art Green was the perfect man, a gift from the gods. Those eyes. That jaw. Those abs. OMFG.

He was the first great star of The Bachelor, a medieval TV ceremony set in 2015. Night after night in tasteful encounters with two dozen or so young women, the bachelor set about selecting for himself a wife, a helpmeet, a wench.

Art was the man. So decent, so humble, so loveable, so built.

So prosperous. He left Otago University with a sports science degree, found himself in a job he hated, selling advertising space for bathrooms in malls, stuck in Auckland traffic for two hours a day. “It was doing my head in.”

He left the country, coached tennis at a summer camp, realised life should be about doing things you enjoy.

Exercise. Nutrition. That’s what he enjoyed. He made a business out of it. He showed people how to live cleanly, how to live paleo, how to get abs like these. Thanks to The Bachelor, he got to show everybody.

He was just what people needed in the 21st century: something to take their minds off the 21st century. He found his Matilda, pledged her his undying love, shoved her in his tucker bag.

He wrote a book, Eat Clean, Live Lean, and took to social media. “Simple, clean and colourful,” he wrote on Instagram, “I never get sick of this combo. #lunch #Paleo #cleaneating #greensmoothie @vitamix-aunz.” People would understand what this meant and they would click like.

He was the voice of a new generation. He had the courage to say what everyone in the gym was thinking. When you’re choosing a mate, you check them out looks-wise and of course you ask the big question: Would we make good-looking kids? “Because obviously nobody wants ugly kids,” he told the Herald. Was it a joke? You couldn’t really know without the hashtags.

People hung on his Instagram feed. They drank his juice recipes. They ticked “Art” when he ran for Mayor of Auckland.

Would it be a job he could enjoy? Actually, yes. Thanks to Mayor Crone, the idea of what a mayor does had been vastly simplified. You cut costs and you sold things. That was it. You didn’t waste your capital on new technology because obviously if you went and put in light rail, the next thing you know we’d all be in hoverpacks and you’d have done your money cold. Madness!

Mayor Art promised to keep it nice and simple and drop rates 5 per cent, and he won in a landslide. Together with his CEO, Mark Weldon, he oversaw the transition of Auckland from an expensive, complicated city of cars and roads, buses and trains, to a peaceful village of rickshaws. By then, the average Aucklander was happiest in his work stripped to the waist pulling a wealthy tourist in a cart and checking out his guns in the Gucci store window.

Before long, all the noise was gone, replaced by the gentle sound of feijoas and apples and pears and broccoli being juiced in roadside stalls, and rickshaw jockeys stopping for selfies.

Aucklanders knew what they liked and it was Art.

Why such a beloved and fit-looking 94-year-old should have washed up on Takapuna Beach this week is a complete mystery to the police. Their only hope is that something may come from the two dozen women assisting them with their inquiries.

This article was first published in the June 2016 issue of Metro. Illustration exclusively for Metro by Daron Parton.