All a-Twitter: The obituary of Steven Joyce, died 2056 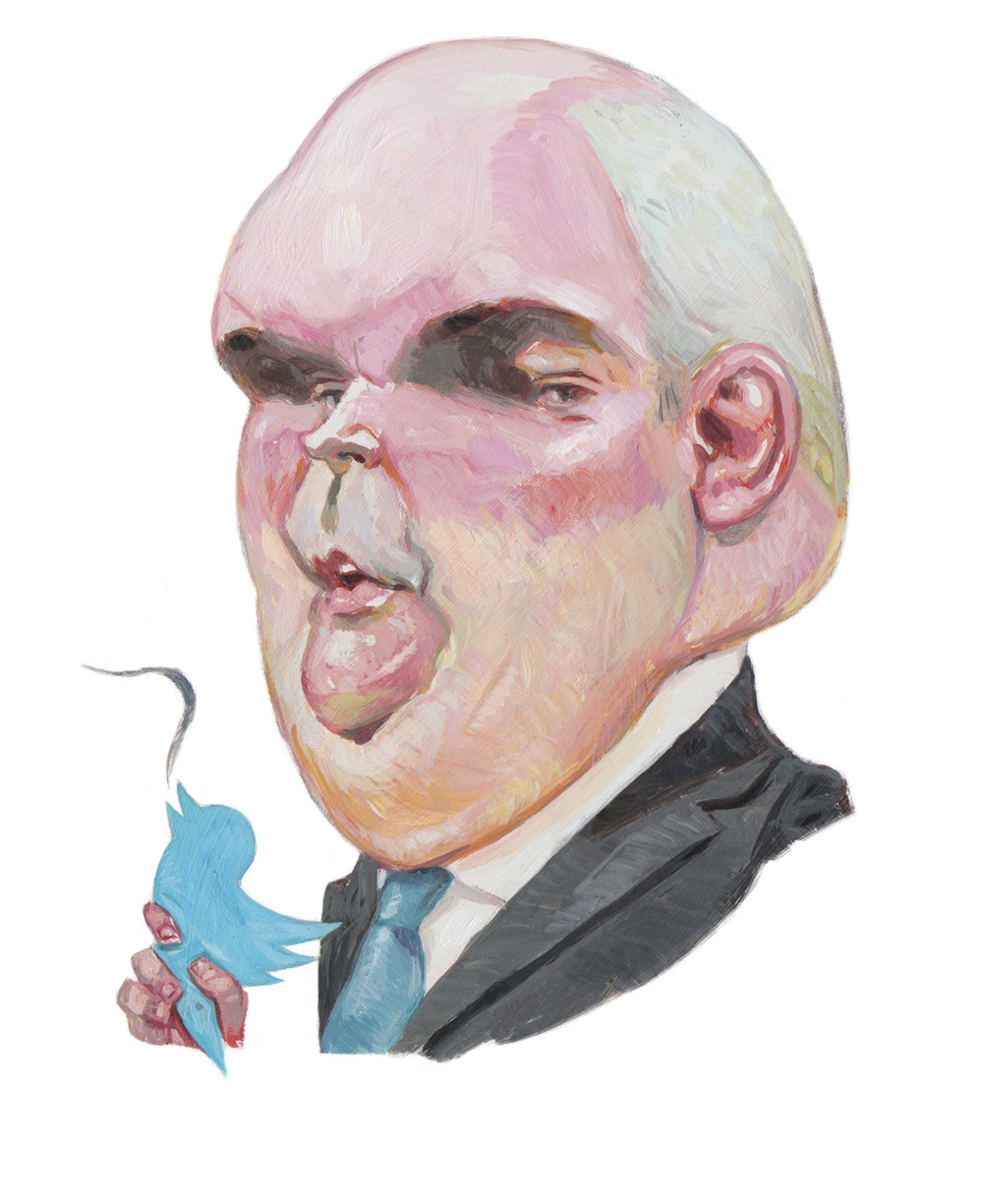 Steven Joyce was a man of simple tastes. He was happiest at home watching Country Calendar, holding a Heineken and picking Twitter fights with elitists, lefties and “with the greatest respect, morons”.

If you put him in a Koru lounge you couldn’t tell him apart from 300 other middle-aged, balding men in suits. And yet this most ordinary of people was unique in all the known universe, because Steven Joyce had something quite astonishing inside his head.

But books only take you so far. Working in radio lit him up.

His marketing instinct was unerring. He knew what people liked, he knew what scared them. He saw the future and it was sausages: a bunch of different stations, each of them playing your 17 favourite songs each day until you die. He knew that a lot of punters would prefer a wacky Morning Zoo to a birdcall and Geoff Robinson.

By the time he was done he was a multimillionaire.

The National Party embraced him, and he embraced them back, marketing them into office. He became a cabinet minister with a father-knows-best smile that told us we’d understand one day why we couldn’t have a puppy.

He was made Minister for Everything, and set out to build the biggest sand-castle of a government department New Zealand had ever seen. The Ministry of Business, Innovation and Employment set new standards in signage, office furniture and hair straighteners. Their Business Growth Agenda still holds the record as the longest written work in human history.

What made this towering sandcastle so fascinating was its inherent contradiction: wherever you looked, it was both for, and against. It embraced diversity, it championed the dairy industry. It created Better By Design to transform the economy while its minister took to Twitter to disparage “elitist designers”.

“I was fascinated by the notion of somebody who could both be a thing and not be that thing at the same time, without his head exploding,” he said recently, recalling that moment 40 years ago. “In my work, I’d been looking for antimatter left over from the Big Bang — this would be antimatter that should have prevented us from existing. We thought it might still be lurking in space, which was obviously something of a worry. Well, as I studied Steven I began to wonder: have we found it? The answer was: yes. It turned out the antimatter was inside Steven’s head.

“Obviously it had to stay in there. And it goes without saying that his head must never explode. He had to be kept quiet.

“We imagined this would be a civil liberties nightmare, but then someone explained to us about Country Calendar and Heineken and Twitter and, well, he’s been sitting there for 40 years now, entirely at peace with himself.

“We can’t see him ever getting up again, which is why we’ve declared him theoretically dead.

“But if you ever want to pick a scrap with him, he’s still there each night on Twitter, dishing it out.”

Illustration: Daron Parton. This article was first published in the April 2016 issue of Metro.