We need to rethink our justice system

We need to move away from carceral punishment when it comes to imagining what justice looks like in New Zealand, writes activist group People Against Prisons Aotearoa (PAPA).

Over June and July this year, dozens of people met weekly in central Auckland to talk about harm. Some people shared their experiences as survivors of violence, some as perpetrators, and some were just there to talk. Every Tuesday, people came together in a small venue to deal with a big topic. What do we do when someone does wrong? Like any group of people, there were different opinions, different ideas. Despite these, everybody agreed on one point: that the criminal justice system had proven itself incapable of being a positive part of that process.

The question of how our society should deal with perpetrators of violence has seemed settled for a long time. After the colonisation of New Zealand, the British government imported its prisons and its system of carceral justice. Since then, that has seemed to be that. People judged guilty of violence are sentenced to a prison term. Carceral justice has become the foundational assumption that underlies how we respond to harm. People find it especially hard to conceive of alternative justice delivery systems when it comes to sexual assault and violence.

All too often, the needs of survivors are overlooked when we call for harsher measures against the perpetrators of violence. A Ministry of Women’s Affairs report found the main reasons survivors disclosed sexual violence was to ensure their safety and the safety of others, and to get the support they need. Survivors often aren’t driven to report sexual violence out of a desire to see perpetrators subjected to harsh treatment. The overwhelming desire in the report is to protect others—to make sure that nobody else is subjected to the violence they were. While registration as a sexual offender might warn people away from someone who could harm them, it doesn’t ensure these people are safe from other potential abusers, nor does it transform an abuser into a healthy and safe person. In effect, carceral justice doesn’t actually solve the problems we habitually apply it to.

That’s the kindest view of police involvement in sexual assault cases. The fact is that reporting sexual assault very rarely leads to meaningful action by the police—from the Louise Nicholas case to the Roast Busters scandal, the criminal justice system’s ugly underbelly of complicity in sexual violence has been repeatedly exposed. Of all sexual violence cases reported, only 31% lead to charges, and only 8% lead to perpetrators being found guilty. Even this number reflects only reported cases. Far from ensuring justice for survivors of sexual violence, the criminal justice system actually deals with almost none of the sexual violence occurring in our society.

Starting in July, the prison abolitionist organisation People Against Prisons Aotearoa started holding a series of workshops on transformative justice. The subject was how we can support survivors of violence, and how we can hold perpetrators accountable without just falling back on old ideas about sending them to prison. Participants recognised that the high rates of reoffending which our prison system has never managed to change make this option simply counterproductive. If incarcerating a person who has perpetrated violence runs the very real risk of simply making them more violent in future, another approach is required. Rather than putting violent people in a prison, where all try not to think about them any more, workshop participants started the work of imagining what rehabilitating offenders in the community might look like.

One of the most important issues in transformative justice is keeping somebody involved in their own accountability process. Anyone we know could cause this kind of harm to someone. When confronted with the reality of sexual violence, people’s reactions often have more to do with their relationship to the perpetrator than their principles. When someone is alleged to have perpetrated sexual violence, we frequently see that person’s friends and family rallying around them to attack the credibility of survivors. What if instead, that person’s close circle had the support and the means to come around them, affirm that what they did was wrong, and assist them to grow and change?

One of the workshop sessions, ‘Supporting a Person Who Caused Harm’, had extended discussion on how to toe this often uncomfortable line between inclusion and protection. Healing isn’t the same as just forgetting. Severing all ties would allow a perpetrator to pack their bags and find somewhere else to continue the same harmful behaviours. At the same time, this responsibility can never be left to the people who have been harmed. The needs of survivors must be central to the process of transformative justice. The workshops focused on allowing survivors to set goals for what accountability looks like and how their community should work with perpetrators to achieve that. As the wider community it is up to all of us to hold those of us who have done harm, help them face up to what they have done, and ensure they become someone who can never behave this way again.

These workshops were places where another world was being imagined. Quite some ways down the road, maintaining accountability might be setting aside an hour to talk about the progress the perpetrator has made on one day and going for a beer the next. This isn’t the world we live in, yet. We want to live in a world where violence and abuse don’t happen, where we can rely on one another for the mutual care we need to survive. Yet the ever-increasing numbers of people in our swollen prison system show us that carceral justice can never get us there. Transformative justice might.

People Against Prisons Aotearoa (PAPA) is a prison abolitionist organisation working for a fairer, safer, and more just Aotearoa.

PAPA will be running its transformative justice workshops again later in the year. Material from previous workshops is available on their website. 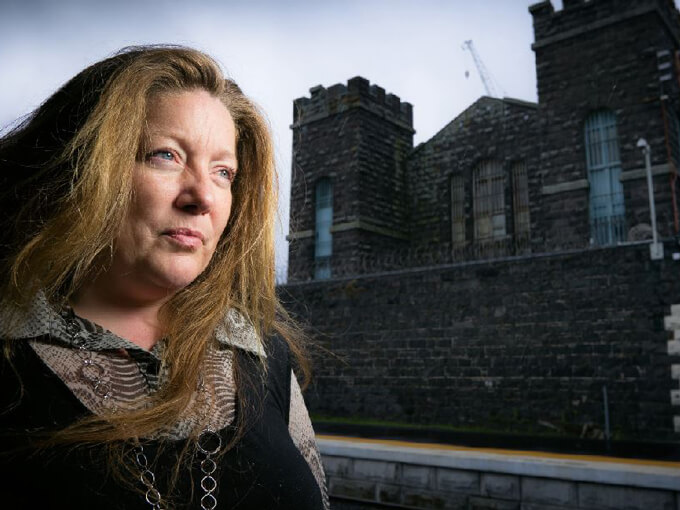