Which Grant Robertson will deliver Budget 2023? The social democrat or the centrist?

When Grant Robertson, the incumbent Minister of Finance, sought the leadership of the Labour Party in 2013 and 2014 he was understood — rightly or wrongly — as the centrist candidate. In 2013, David Cunliffe won the union vote and the backing of the party’s prominent radicals, tapping into international anxieties over inequality and climate change. In 2014, in the wake of a chaotic election campaign and a disastrous result, Andrew Little won out, this time with modest promises of “unity” rather than any confrontation of the power of capital. In each primary-style campaign, Robertson was outflanked: Cunliffe and Little to the left in 2013 and 2014 and Shane Jones and David Parker to the right. That sat uncomfortably with Robertson, and especially so with his camp. At the time, a good number of Robertson’s supporters were insisting that Cunliffe was a fair-weather friend — as a minister in Helen Clark’s government he was considered a member of the Labour right — while Andrew Little was better known for cutting deals with employers rather than confronting them. The proper social democrat, his supporters claimed, was Robertson.

With five budgets under the Finance Minister’s belt it’s still difficult to conclude whether or not they were right. In the lead-up to the 2017 election the then-Labour finance spokesperson, in an agreement with Green Party co-leader James Shaw, agreed to a set of “budget responsibility rules” (BRRs) that would constrain government spending over the course of an “economic cycle” and force an incoming Labour-Green government to reduce net core Crown debt to 20% of GDP within five years. As it happened, Labour managed to piece together a coalition after the 2017 election and found itself adhering to a set of, at best, centrist governing principles and, at worst, neo-liberal doctrines around debt.

This is the contradiction at the heart of Robertson’s career. As Opposition finance spokesperson, he was committed to winning establishment credibility, yet almost as soon as he took ministerial office he went about finding ways to shortcut it. In Robertson’s first budget in 2018, he introduced “wellbeing” as a measure of the worthiness of every budget item. Does a budget bid for Whānau Ora improve wellbeing? Yes, and so it’s funded.

But does a budget bid for an 23% increase in defence force spending improve wellbeing? Probably not, but it happened in 2020. A good leftist would impolitely decline that kind of investment, but Robertson’s tenure as Finance Minister is often at odds with his stated beliefs. In the 2017–20 term you could blame the proud “handbrake” of New Zealand First. The record investment in defence force assets and operations was made less out of Robertson’s personal convictions and more out of New Zealand First’s political interests. That same term Winston Peter’s party also put paid to repealing the three strikes legislation, put fair pay agreements on ice, and generally pursued their own narrow sectional interests. That meant Robertson never had the chance to pursue his own politics. Until, of course, Labour’s historic victory at the 2020 election with a Covid dividend, which returned Labour as the first majority government under MMP.

And so, in 2021, “Red Robbo” was let out of the box. Benefits were lifted to liveable levels, reversing the savagery of Ruth Richardson’s “mother of all budgets” in 1991. Today, a person on the job-seeker support benefit is earning $55 more than they would have only a year ago. An allocation of $1.4b went to the vaccination programme, DHBs were abolished, and funding was allocated to establish a newer, more efficient Health New Zealand authority. Kiwirail got an extra $1.3b, the Hillside Wagon Plant was re-established, and $380m was invested in Māori housing — the largest investment of its kind, ever. This is a genuine social democratic programme, and it built on the spending spree from 2020 when Robertson released billions in funding to support the wage subsidy scheme. That same year, Robertson and the government also banned evictions during lockdowns and promised a scheme for mortgage holidays and small business loans.

Perhaps Robertson was the left’s man after all. Yet, Budget 2022 was a return to moderate form. With a historic MMP majority and a global cost of living crisis cutting away at the earnings of low- and middle-income families, the most Robertson did was target a cost-of-living payment at middle-income families and temporarily extend the pause on the fuel excise tax and the halving of the price of public transport. In any other year, those actions might constitute a radical programme. But this year, with politics and the economy undergoing convulsions, Robertson’s budget was typically centrist. Or, as he put it, “responsible”. The focus was on containing inflation, and so government spending was kept as low as possible to satisfy lenders and big capital at the same time as satisfying “middle New Zealand” with targeted support.

What, then, happened to the Red Robbo of 2020 and 2021? Anyone who knows Robertson personally knows that he is a genuine social democrat with deep roots in, and care for, the working class and its institutions. But Robertson is in a constant struggle against his own instincts. Like his mentor, former finance minister Michael Cullen, Robertson was shaped by the left’s defeats — first in the 1980s, when Roger Douglas and his neoliberal colleagues set fire to the country’s social democratic institutions by privatising state assets, contracting out services from health to social services, and introducing student fees; and then in the 1990s when Ruth Richardson finished the job, slashing the social safety net and dramatically reducing the size of government departments. Robertson’s social democratic principles saw him reverse the worst of these reforms, lifting benefits back to liveable levels and making the first year of tertiary study free. Yet his centrist instincts meant he often went only half way — one year of free tertiary education is hardly the full free tertiary education that many baby boomers benefited from.

The question, then, is which Grant Robertson will deliver Budget 2023? The social democratic Robertson or the centrist Robertson? His government’s re-election could depend on turning out the base with a left-wing budget. But then it could also depend on winning over centrists from a resurgent National Party. Labour’s third term hangs in the balance.

This column was published in Metro 435.
Available here. 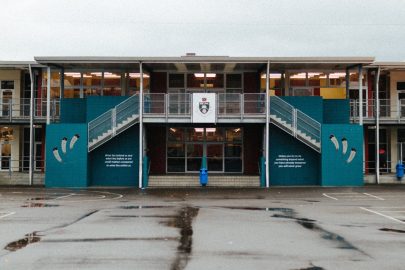 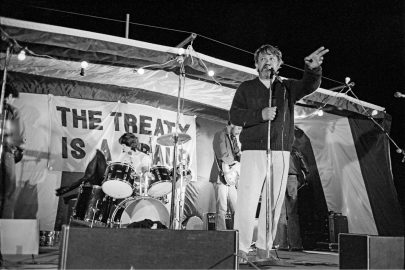 Politics
The Man Who Would Be King
Text by Bob Harvey