Things to eat when there's nothing to do.

This week, I noticed that Vodafone had changed their service provider greeting (found on the top left of your phone) to “VF Ni Hao”. For some reason I found this incredibly funny, hearing it in my head the same way someone non-Chinese would yell this across the street to me, or some asshole teenager at the Lantern Festival. Of course, Vodafone was only trying to celebrate Chinese Language Week.

Although Chinese Language Week primarily focuses on Mandarin, there are heaps more dialects of the language, some of which feature little crossover. So in the spirit of Chinese Language Week, I want to direct your attention to this charming video of owner Tee Phee from Wellington restaurant Little Penang by Te Papa’s Chinese Languages in Aotearoa project, where she talks in Penang Hokkien. Hokkien is the dialect my dad, who is also from Penang, speaks, and even though I don’t know it myself, I could spot it a mile away — a lot rougher around the edges than Mandarin. Interspersed with English in a Malaysian accent, it’s so incredibly distinctive of Penang. What some people don’t realise is that although he’s Chinese, and speaks a dialect of Chinese, he can’t understand Mandarin, or speak it. That’s how different it is. Sometimes it makes the ordering process at restaurants a little awkward.

I won’t be going into it this week, but if you’d like a reminder of what takeaways are available in level 3, you can read last week’s newsletter here. 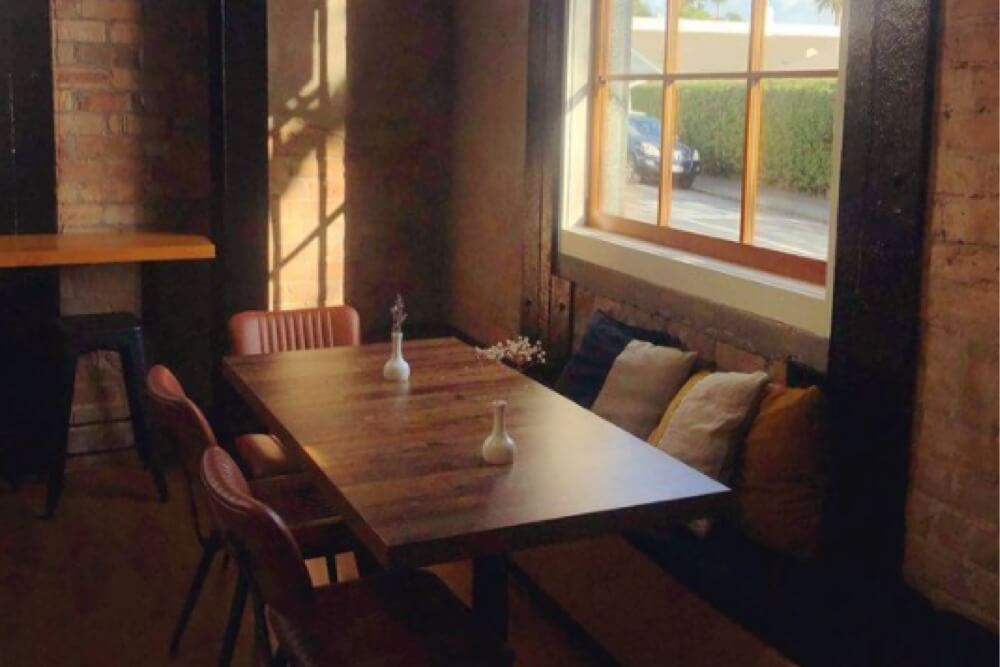 A new Italian wine bar, Cornelia, is opening in Parnell on Thursday 7 October, regardless if we move to Level 2 or stay at Level 3. The head chef, Fabio, is ex-Man O’War, Poderi Crisci and Non Solo Pizza.

I spotted this place, Te Pāua House, on TikTok, selling creamed pāua and fry bread, based in Manuwera. DM their Insta for more deets.

The team from Mr Hao are opening a new place, Lucky 8, described as a “Tap Bar and Asian Tapas” concept, but no more details yet.

Haven’t tried it yet, but stumbled across this account, Casa de H-Town, selling pico de gallo and fresh tortilla chips, “selling Mexican dishes I was taught by my grandmother while growing up in Southern California.”

Seedlip and Green Shoots have put together this cocktail garden kit that includes a 700ml bottle of Seedlip (a non-alcoholic spirit) and 18 seedlings of herbs and edible flowers to put into your cocktails. Full disclosure, I was gifted one of these (#gifted) but as someone who lives in a fairly small space and doesn’t drink much, it is genuinely very useful to me. Thanks!

This week, I talk to Yutak Son, head chef at The Shed at Te Motu (and a finalist for Metro’s Best Chef this year) and the chef involved with 가자 / 과자! Gaja / Gwaja, a project to celebrate Korean culture and Chuseok (추석), by the Korean Consulate and Satellites. 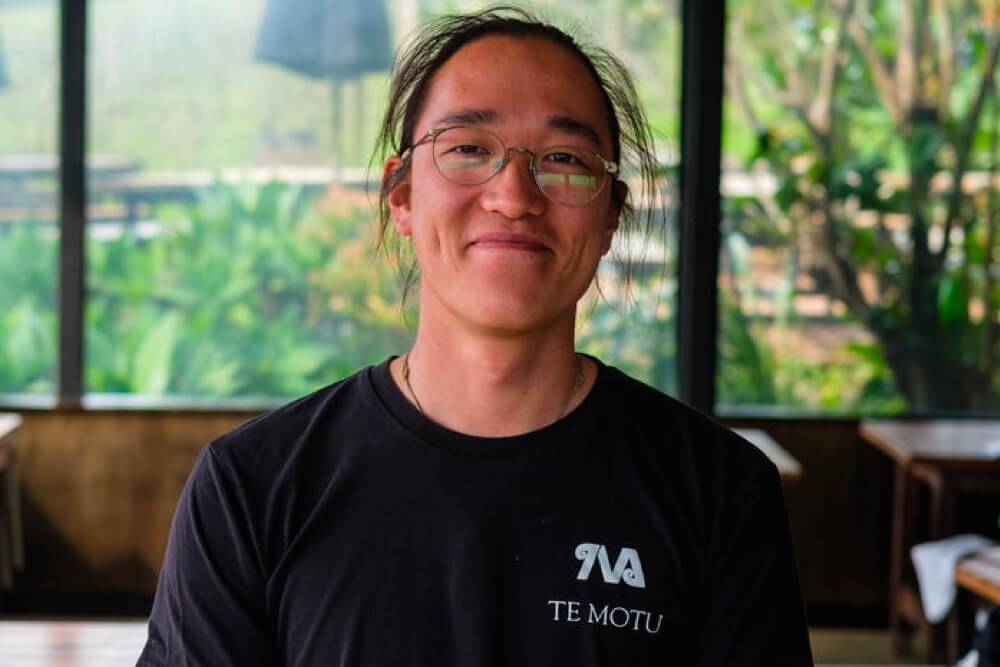 Metro: Kia ora, Yutak. Last year you and the team did a meal kit for Chuseok, which I liked very much — there is something nourishing about going through the motions yourself, especially in the context of learning about another culture. Why did you decide to focus on banchan this year?

Yutak: Banchan — or side dishes — are the foundation to Korean cuisine. There are so many varieties, and we wanted to present some of our personal favourites as well as some that people may not have encountered before. We also wanted to show different styles of preparation, so have included banchan that are fermented, braised, preserved and fresh.

You write that some of these specific side dishes harken back to your hometown and childhood favourites. Can you tell me about that? What else influenced the choice of these dishes — are any specific to Chuseok?

Ojingeo-jeot (fermented squid) and myeolchi bokkeum (fried anchovies) are two of my favourites. I grew up with them and they were staples of my childhood diet. As I’ve grown up, I’ve found myself wanting to learn other styles of preparation like fermentation. I used to think that it would be too hard to make ojingeo-jeot, so being able to share this recipe with others — and to have prepared it myself — makes it feel particularly special and I hope it’s something that people try to make at home too.

None of the banchan are specific to Chuseok, but you might have these if they are in the house, to eat with the offerings that you’ve prepared for your ancestors.

Do you have any recommendations for what secondary main courses people could prepare alongside the banchan?

Banchan at its simplest can be eaten with just a bowl of rice, adding to that a bowl of soup too. Some banchan — like myeolchi bokkeum (fried anchovies) are great ‘anju’ (which are snacks to have while you’re drinking).

You can also add any secondary main dish to eat alongside this — beef bulgogi (stir-fried beef), jeyuk bokkeum (stir-fried pork), anything!

Can you tell us about the initiative with Piritahi Marae?

Piritahi Marae do important work on Waiheke Island, taking a holistic approach to well-being. We know this lockdown has been hard for many whānau and we wanted to do something to support what they do.

And, lastly, for any home cooks out there who are keen to cook more Korean food at home, what are some of your pantry/fridge staples you recommend to have on hand to do so?

If you weren’t able to get your hands on a box yourself, try making Son’s recipe for Ojingeo-jeot (오징어젓), or salted squid.

“Ojingeo-jeot (오징어젓) is a jeotgal (젓갈, salted seafood) made by salting and fermenting thinly-sliced squid. It is a popular banchan in Korea and one of my childhood favourites,” Son says.

1⁄2 teaspoon toasted sesame seeds 1⁄2 a green chilli, thinly sliced (take seeds out if you don’t like the spice)

Keep refrigerated. This is best consumed fresh, but will last at least three months, as it is fermented.

Separate the tentacles of the squid from the body. Cut the body in half and slice horizontally into 0.5cm strips. Slice tentacles to similar size. If you can’t get a whole squid, frozen squid is fine too.

In a bowl, rub the salt onto the squid. Place in an airtight container and ferment in the fridge for one month. Gently shake the container to mix every week.

After one month, pour the squid into a strainer and gently rinse under cold water to remove the excess salt. Pat the squid dry.

To store, place in a clean airtight container and keep in the fridge for up to three months (or longer if it lasts that long!) Serve warm or cold.

Note: You can also get the recipe for kong jorim (콩조림), or braised soybeans, here; and miyeok-guk and myeolchi bokkeum here. 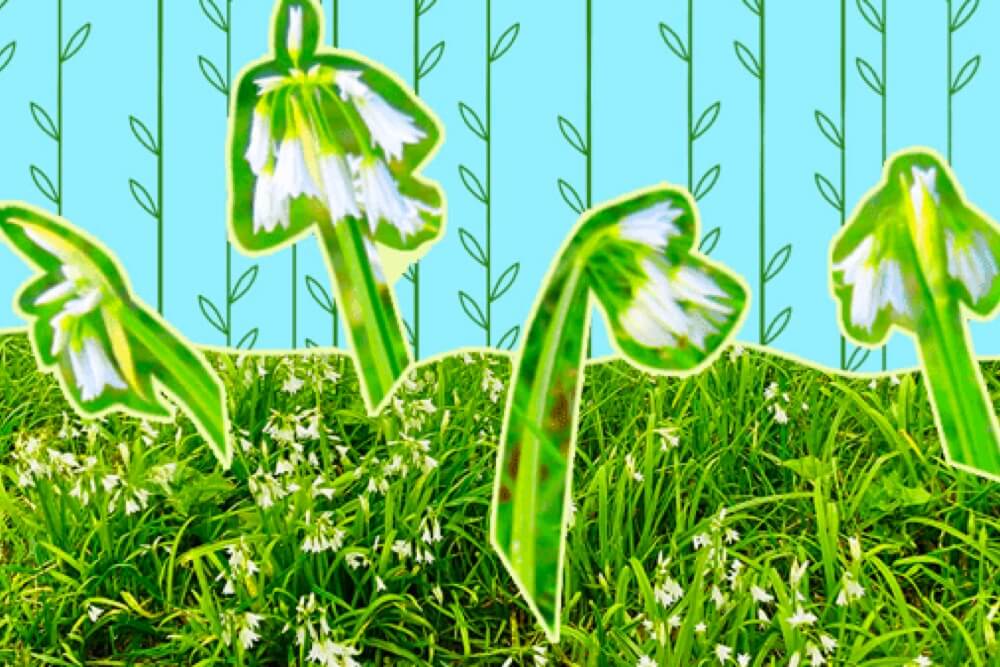 With the lack of access to restaurant writing, there have been a few food bits and bobs (pieces and news) that I’ve found interesting. This story from Kim Knight and Michael Craig (paywalled) is a lovely, ambling read about Rewi Spraggon, who has been providing meals to food banks and agencies that distribute to inner-city homeless. 100 loaves of bread. 50 pounds of butter. And very long days. This story from Charlotte Muru-Lanning, about the joys of onion weed, is a very practical guide to what to do with this springtime plant (extremely welcome, since when you Google onion weed all you really get is “how to get rid of onion weed” and “how to control onion weed”).

Eat New Zealand is also running a new project called The Eat New Zealand Kaitaki Road Trip, which is a video/content series aiming to raise funds to get their group of kaitaki (or, young food storytellers) together for its annual hui in Christchurch. There are rewards for donating, which ranges from a seasonal meat box from Pihi Farms to a private dinner for 4 from Wellington chef Max Gordy.