Simon Gault's Giraffe restaurant fails to live up to the hype

Celebrity chef Simon Gault's latest venture in the Viaduct is a little lacklustre. 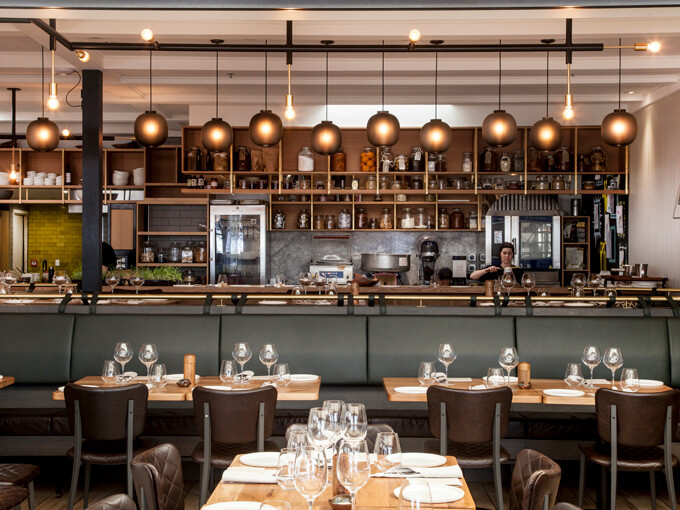 Simon Gault’s latest restaurant, a Viaduct all-dayer named by his daughter, is something of a darling among other restaurant critics. They reckon Giraffe showcases the former MasterChef judge at his Kiwi-bloke best. I’m not so sure.

Gault launched Giraffe after a hospitality hiatus, two years after leaving Nourish Group, the collection of top restaurants he presided over for 12 years.

Giraffe is an asymmetrical, split-level space tucked inconspicuously in a corner of the Viaduct. Obligatory waterfront-issue vinyl windbreakers clad the exterior, on cooler nights emitting the orange glow of outdoor heaters.

The fit-out evokes the lonely chill of the posh part of Omaha: a sense-dulling colour scheme of muddy browns, creams and greys with just enough marble, bronze, quilted leather and designer light fittings to feel aspirational. I wouldn’t be surprised if Paul Izzard’s brief included the words “Kiwi bach”; references are made in stretches of wooden panelling, and blackboards bearing midlife-crisis quotes about how chocolate is good and women are like cats. There are two types of bach: those filled with board games, mismatched glassware and rowdiness, and those with Bose sound systems and infinite cream carpets. Al Brown’s Depot nails the former vibe. Giraffe feels like the latter.

The Depot comparison is relevant. Brown and Gault are at similar points in their careers, with TV appearances, brand deals and product ranges under their belts. They both trade in gooey Kiwi nostalgia. They’re also commendable advocates of people at every level of the hospitality industry: their suppliers and staff are actively showcased, which is a fantastic recipe for feel-good customer service.

The problem is, Depot got there first. While Brown was planning Auckland’s first raw bar and cooking on open fires, Gault was busy importing wagyu, securing the New Zealand licence for Texturas, the molecular gastronomy brand, and cooking with water baths. He’s still doing all that, but he’s also succumbed to the provenance trend, dedicating a page on Giraffe’s website to local suppliers (alongside a disclaimer that they’re not religious about it).

A shoulder of Te Mana lamb is cooked sous-vide for three hours before a quick turn on the grill. The marbled meat glistens with dulcet horseradish gremolata, offset by a heap of peppery rocket, the oleaginous sweetness of it comforting until it’s suddenly too much. It’s one of Giraffe’s three hearty when-it’s-gone-it’s-gone hero dishes designed for two to share, supported by snacks and starters. 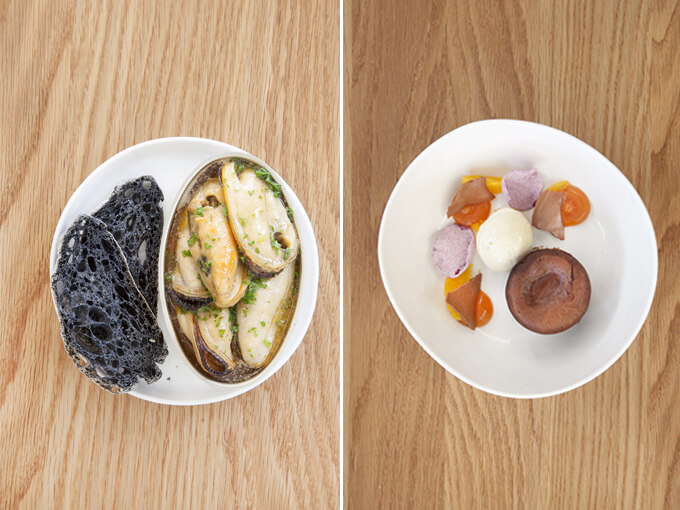 From the “chef snacks” section of the menu, try the plump Taranaki mussels. They drip with a rich ginger-chipotle butter you’ll find yourself mopping up with the wild-eyed intensity of Winona Ryder in Stranger Things. The same can’t be said of the smoked kahawai butter with turmeric and garden crudités, which is bland and greasy.

Apparently taro leaf causes an allergic reaction in some people if it’s not twice-cooked. Giraffe learned the hard way, or so our waiter told us as he served our taro-leaf-wrapped hapuku. Quietly flavoured with coconut and ginger, and served with more rocket, it left us bored. The same waiter told us not to bother with the Frangelico-inspired dessert if we wanted something that tasted like Frangelico. So we opted for the rose chocolate pudding instead — to look at, a MasterChef-perfect chocolate fondant; to eat, freshly opened pot pourri.

I began to suspect a staff incentive the third time we were recommended a specific vineyard’s wines. That aside, the service was fine.

The PR blurb that accompanied Giraffe’s launch quoted Gault as saying this is a place run by “pirates” for “pirates”. I’m pretty sure Swashbucklers has that niche cornered. Really, there’s nothing new about this restaurant.

I think it comes down to what makes you feel at home, Giraffe’s stated goal. Maybe if you were seated at the pass of the open kitchen, watching Gault and his “family” of chefs work, you’d leave with the warm glow of successful marketing. But otherwise it’s dinner in a glorified marquee. I wasn’t at home. I wasn’t even at a bach. I could have been anywhere in the world.