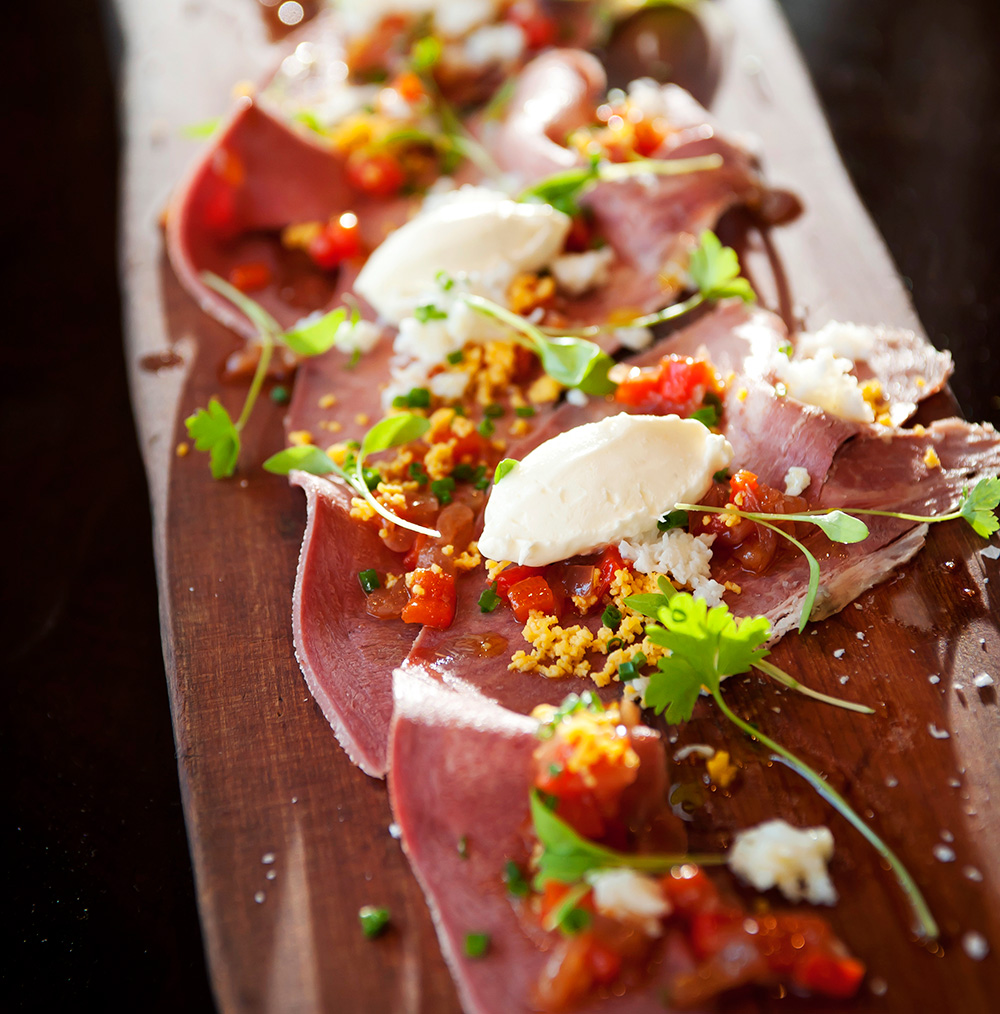 I like to think of myself as fearless when it comes to food. “Try anything twice” featured on repeat in a favourite song of mine in the 90s, and it infiltrated my subconscious to the point it became my mantra, with eating at least. Tongue was always a mental challenge, though, and a textural one. What I didn’t realise, in my youthful disdain of offal, is that texture varies greatly and that tongue, when treated well, is absolutely delicious. Set your prejudices aside; I’m here to get you loving tongue.

Some dubious looks ensued when I announced to a group that I was “searching for tongue”. There were grimaces, too, but offal is certainly more acceptable than it once was. Nose-to-tail eating is popular among food lovers, and many restaurants have caught on.

The first stop was the Federal Deli. I was thrilled that Al Brown and head chef Kyle Street had it on the menu. It’s served sliced wafer-thin, and is barely recognisable as offal. It stars in salad form, one that perfect lunches are made of: large plump caper berries, witloof, bitter and crisp, and a wonderfully tangy tuna-mayo-type concoction that perfectly cuts through the strong flavour of the tongue and ties the dish together. Sitting up at the pass, sharing a few dishes, this is such a good addition to any deli feast and was a great start to the search.

A trip to Waiheke during those gloriously sunny early-autumn days saw us find tongue on the menu at the legendary Te Whau. A late lunch with those spectacular views was something to rave about; the veal tongue salad, not so much. It was visibly off-putting, but, as is often the case, the flavours were actually very good. Sliced a tad too thick to be attractive, and ever so slightly brown (rather than corned pink), it was served with mustard crème and pickled vegetables, and bread chips (thin crostini pieces) for texture. The dish struck a good balance between the beefy, slightly fatty tongue itself and the acidity of the vegetables. Preceded by oysters, followed by fresh fish, and washed down with bubbly, this was still a very fine lunch.

For a Japanese approach, and for cross-cut rounds rather than long slices, the search led us next to Kura. Often in tongue’s preparation the tough, textured exterior is removed to reveal the softer piece of meat within. Not here, which made things difficult with chopsticks. It was a little on the gristly side but flavour wise, hot English mustard, a thick garlic sauce and the bitter mesclun provided a very well-balanced plate of food. The service, also, was excellent.

One establishment in this city has become a champion for the unusual, where not just game but offal, too, sits on the menu. So it was that on a Thursday night I was whisked away to Cazador for a surprise dinner date, lucky me. With tongue on the menu, double points went to the evening’s orchestrator. Cazador has had a refurbishment; the gorgeous green banquette sat us beneath their signature deer heads.

Embracing fearlessness like never before, we feasted on poussin hearts in sherry, braised octopus with chorizo, venison and prunes, rabbit livers, wild boar, and the tongue. Calf tongue it was, and served very cleverly as a salad niçoise, the tongue taking the usual place of tuna. Yet again I found it ever so slightly challenging texturally, although the crunch of the fresh green beans made this a bright, bold entrée.

I was disappointed Cazador’s now-famed lamb’s tongue fries were not on the menu this particular night. I hear they’re crumbed, fried and just fabulous. I drowned my sorrows with sherry.

For something close to perfect, though, I visited Baduzzi and tried their wagyu tongue. Listed alongside horseradish mayonnaise, salsa rosso and (not the most enticing sounding) grated egg, it was utterly gorgeous. The balance of the flavours, the wafer-thin slices of corned tongue, the beautiful long wooden board it was served on — this was a glorious addition to our shared Saturday afternoon meal, and even better than their much-lauded meatballs. Baduzzi gets a lot of things very right and tongue was no exception. Inspiring, and delicious.

I’ve kept things simple. First, brine your tongue (there are many recipes online) by making a brine with salt, water and additional spices over a number of days. Once done, it keeps in the fridge.

For a salad, thinly slice your tongue and serve on bitter greens (a mixture of mesclun and radicchio is good) with a wasabi mayonnaise (simply mix wasabi paste with a good-quality mayo) and sicilian olives, pistachios and some shavings of pecorino cheese.