Everybody Eats is calling for people to help them open a permanent Auckland home.

Restaurant pop-ups are a dime a dozen in Auckland and it’s rare to see them stick around – but not in the case of Everybody Eats.

That’s if all goes to plan – founder Nick Loosley is currently running a crowdfunding campaign to open a permanent Auckland home for the pay-as-you-feel pop-up, which has already been successfully running for almost a year.

Held at Gemmayze St restaurant in St Kevins Arcade every Monday night, Everybody Eats aims to reduce food waste and food poverty – two big issues in New Zealand – by rescuing perfectly good food destined for the landfill and transforming it into a three-course meal. People can eat for free or pay however much they can afford.

Loosley says the campaign is going well but is calling for more people to support the cause.

“Our target’s really ambitious – $120,000 is quite hard to get but we managed to raise $20,000 in the first day. We hit the halfway mark after a week which is really exciting, however the momentum, like every crowdfunding campaign, has slowed down a bit.”

The non-profit pop-up’s volunteers have cooked and served 7000 meals to people from all walks of life, diverting two Olympic-sized swimming pools of food from landfill in the process. Its work has also been recognised at the recent Metro Peugeot Restaurant of the Year Awards, with Gemmayze St and Everybody Eats receiving the Food for Good award. 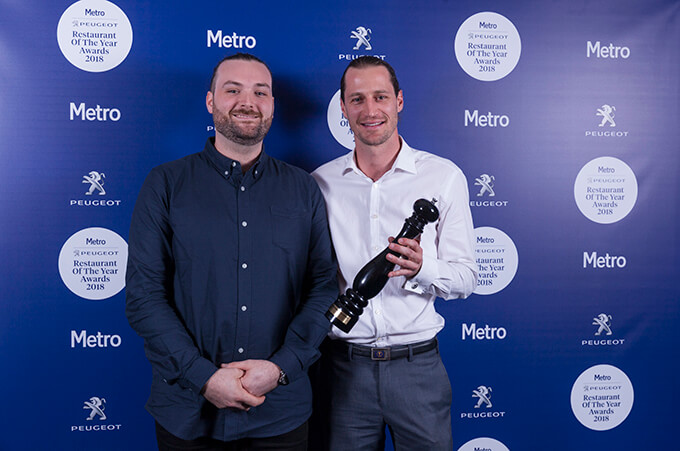 “The pop-up was just a trial to see how the concept worked in this country,” says Loosley. “It’s really successful in the UK and we’ve proven it works, and we have a lot of evidence that says it will translate well into a permanent space.”

The money raised will help them lease and fit out a space so they can run the restaurant just like a regular restaurant, five to seven days a week. Loosley also hopes to see Everybody Eats in other cities.

“Once we’ve executed a permanent space, there’s no reason why there won’t be a dozen of these feeding communities across the country in the next two to three years.”

Loosley says people might not realise that by donating to the campaign, they can receive a reward, like Toms Shoes for example, but Everybody Eats will get the money.

“We’ve got a pretty amazing partnership with Toms Shoes – they’ve donated over $50,000 worth of shoes. For every pair of shoes that someone gets, we’re going to give a pair to someone in need at our pop-up.”