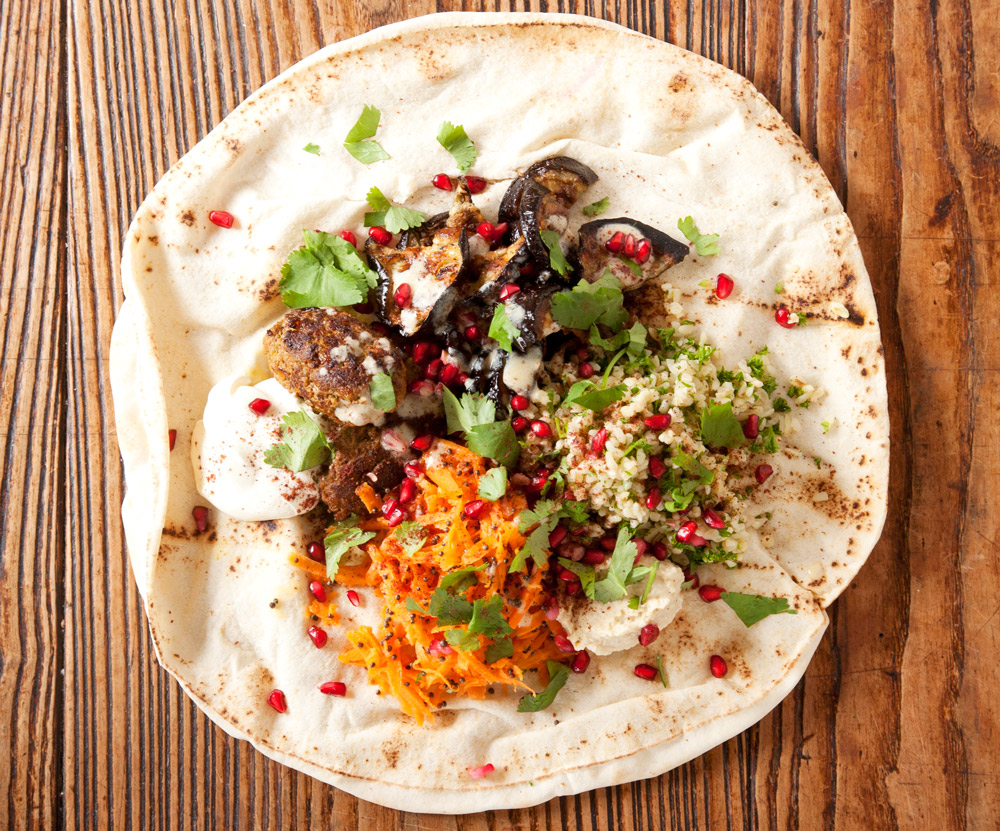 Make it easy on yourself: don’t let anyone help.

For a while I lived in a very nice house in Grey Lynn with a big open-plan living room and a large European stove and very understanding flatmates and so it became a sort of habit to have people around for dinner. I started small, but quickly got large: 12 was about the minimum. For one birthday, I roasted nine chickens.

When Hannah and I moved to our very tiny house in Beach Haven, the parties tailed off a bit. We have a crappy old oven and the whole house is about the same size as my former living room, plus we dis-appeared into a cloud of home improvement — at one point, we had neither functional bathroom nor bathroom door.

But the dust has settled now and once it did, I realised how much I’ve missed inviting a tonne of people over and feeding them. There’s a joy to it — there’s a hum and it is kind of addictive, as much as anything else because of the sense of achievement — turning a pile of food into, um, a pile of food. Which is why, on my birthday a few weeks back, I found myself rushing around Auckland buying up ingredients to feed the 30-something people we’d invited around. What better way to spend your birthday?

There’s an art to feeding a lot of people: the first trick is to not let them bring anything, which I realise is counter-intuitive, coming as we do from a culture raised on “bring a plate”. But honestly, co-ordinating other people’s food and making it taste good is actually harder than making it all from scratch. This is especially true of meat: there is nothing harder than cooking multiple different types of meat from a variety of sources in a variety of thicknesses on a barbecue.

The exception to this rule are the Friends You Trust. My friend Ginny always brings a cake, because she knows I don’t bake and usually forget dessert. My friend Thomas knows how to cook meat on the Weber. Hannah’s mum is highly proficient in the mass preparation of salads.

But shopping will be important: you need it fresh and you need it cheap. Art of Produce in Grey Lynn is great for produce, as are ethnic supermarkets — I like Dahua and Tai Ping for veges, Shefco in Mt Roskill for flatbreads and labneh. I don’t buy artisanal vegetables for an occasion like this, but I don’t compromise on the meat: a small amount goes a long way. Chicken is good and so is mince, especially if you turn it into koftas and serve it with a pile of salad and flatbreads and hummus and labneh.

Feeding people in a large “entertainers’ kitchen” with an island bench is, on reflection, comparatively easy. Feeding lots of people in a tiny kitchen that also happens to be your front entrance isn’t, though it’s just as much fun and you do get to say hello to everyone.

Tip: establish stations early on. The less you have to move the food around, the easier it is. Then feed people food they can assemble themselves and eat standing up.

It was a cold night, the first really properly chilly one, and so we cooked lamb koftas on the Weber on the front porch and that heated everyone up while they drank, and then I served everything up on the kitchen bench and set about cooking the second batch.

I got to eat about half an hour later, nabbing the last two lamb koftas and then standing at the kitchen bench with a plate in one hand and a big glass of red wine in the other. As I did so, I found a moment of peace and I thought: there is nothing better than this.

So very easy. Allow 100g, maybe 150g of lamb mince per person — it may seem mean but, honestly, you don’t need more. Fry an onion or three until translucent. Combine a spice mix of equal parts cumin, coriander, sumac and turmeric and a good dose of chilli flakes, olive oil and lemon juice — you want a good, gloopy spice paste. Season with salt and pepper, then mix it thoroughly through the lamb mince — you could add an egg yolk, but it does hold together — and then form them into cigar-shaped patties, about 50g each. Cook them over charcoal or pan-fry until they’re brown on the outside but still pink inside. Serve with lots of salad, flatbreads, labneh, hummus and chopped coriander.