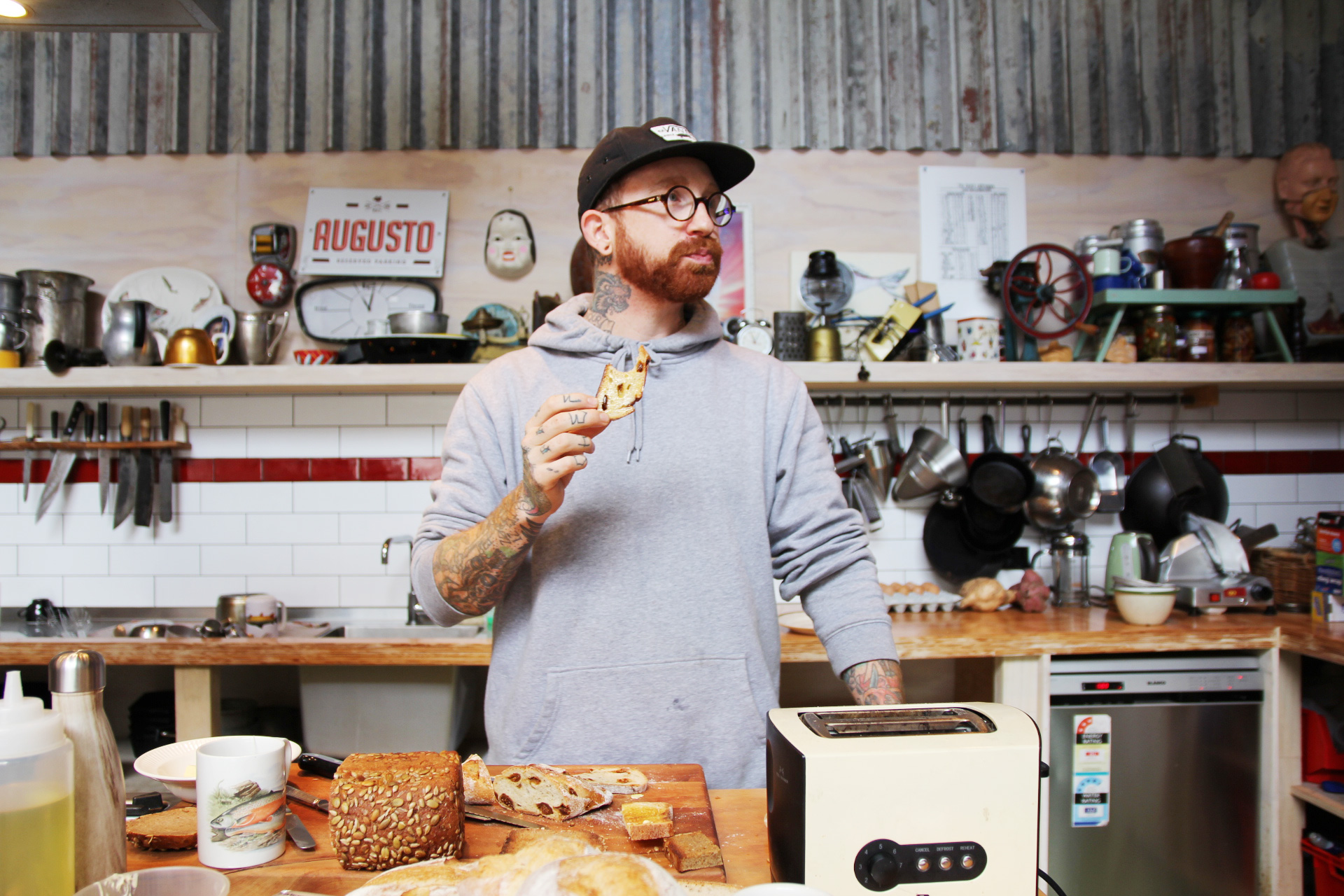 As you wait for the toaster to pop tomorrow morning, take a minute to ponder how many other toasters are popping in the city at that exact moment. A lot, right? Coffee Supreme concluded the same, and last year decided to ritualise the unexceptional morning routine of many – a slice of toast and a cup of coffee – by way of Popped Culture, a series of pop-up communal breakfast events in surprising locations.

Coffee Supreme’s aesthetic-driven perfectionism has always typified their brand. I imagine their Auckland office to be in a constant state of pensive debate over kerning and mug handle shapes. Jonny Calder, one of Supreme’s core team, indicates I’m not far off when he describes the attention to detail given to Popped Culture events. They’re music-free, for example: “We always debate this in the office. If you can create something nice enough you shouldn’t need music to build an atmosphere. I love the murmurs and hum of the room.” You can imagine how carefully the toast and coffee are considered. Supreme invite a different Auckland chef to design the toast offering for each event, which always involves one sweet and one savoury slice.

I met with Calder to discuss the forthcoming July event – Popped Culture’s third – with this edition’s chef, Hayden Scott of Al Brown & Company. We met at Al Brown’s test kitchen, a homely bach-like room lovingly modelled on Brown’s house in Wellington. It was the perfect setting for taste-testing toast over cups of tea, and it led our conversation in all sorts of directions. The precise toast combinations are only to be revealed on the day of the first event – it’s part of the fun. So, no toast spoilers here…

Alice: How did the third event come about?

Hayden: Popped Culture asked Al if someone on the team could do it. There are lots of creative and talented people in our team who all share the same focus.

Jonny: I actually awkwardly told Al he was too old for it…

H: I’d seen it on Instagram and thought what an amazing event. When we sat down together we realised we had very similar philosophies. And because I don’t work in a restaurant, I work for Al, I don’t get to interact with diners much. I’m a bit faceless in the hospo industry.

J: We’re the same as a wholesaler, especially since we lost Good One, that’s how Popped Culture originally came about, we wanted to meet our customers again.

H: Yeah, it’s a great opportunity to do something fun, and put a face to the people behind Coffee Supreme and Al Brown & Co. Plus, toast is a pretty universal thing. It can be on incredible bread, on really generic bread. It’s convenient but can also be special. It can be anything to anyone. I like that about it. I grew up in Balclutha in the South Island, working class family: often toast was dinner, we’d look forward to it.

A: Were you a white or brown bread family?

H: A mix. My mum was a really good cook and she liked seeded and grain breads so it wasn’t foreign to me to have Vogels in the house. But also we were part of farm culture and so soft white bread was still something I really loved.

A: What bread will you serve at the event?

H: We use Olaf’s bread at Depot, so we’re currently trying different loaves to see what would work best with my toppings. I love how much effort goes into his loaves, they’re all fermented for days, each has a varying degree of sourdough mix too for a good, deep flavour.

A: So at Popped Culture, do you draw the line at bagels? I would have thought that was a natural fit with Al Brown & Co?

J: Well…the thing is, the concept of this event relies quite heavily on being brutally purist. All the little things seem silly but the aesthetics of the tray with two pieces of toast is really awesome. So bagels don’t quite work.

H: Exactly, but just as much as we want to make the best toast experience for people, it is just toast as well. I still love an instant coffee in the morning and some peanut butter on toast, it hits the spot! But this is about the ultimate toast and the best coffee.

H: I’m a real dad, I get the kids into bed and have a cup of instant coffee. I really like it. But I’m an excessive coffee drinker. I have maybe eight a day? Everyone who walks out the office asks if you want a coffee, and I always say yes. I’ve been trying to slow down though and actually sit down and enjoy what I’m drinking. Jonny hooked me up with a gold filter – I’ve made that a ritual at home, especially weekend mornings.

J: My coffee at home is so different to at work. At work we have a bottomless Fetco and it’s amazing, but it makes coffee seem like fuel. At home I stop and think about it, and I choose a good cup and I grind the beans staring out the window, it’s a real lovely moment. I really appreciate what I drink my coffee out of now; I have a house of favourite mugs, I love Hasami porcelain. I’ve even got a special mug at work.

A: I had a favourite mug but I made the fatal error of putting it in the dishwasher at work. I know who has it within the office, I’ve seen it with them but I’m too scared to say anything.

A: Deal. Before that though, I’m keen to know how you got into cooking Hayden. What was it about your upbringing that sparked your interest?

H: I’ve always enjoyed cooking. My dad’s a carpenter and a terrible cook. He’d cook on Sunday nights throughout my childhood – only Sunday nights – and he’d make corn fritters, creamed leeks or maybe spaghetti on toast. It was very, very basic. My mum used to work nights at a fish and chip shop restaurant, so me and my brothers would help prepare the meals. Mum would do the ground work but serving and reheating was me.

When I was about 13 or 14, cooking television had started and I used to love shows like Yan Can Cook. I used to pretend to be sick so I could stay at home and watch cooking shows – I’ve just always enjoyed it. I loved watching the process, and then mum would come home and we’d be baking cakes. There was always lots of baking and jam making in my house.

A: Do you still love cooking shows?

H: It’s very competition based now. Back in the day it was just one person making dishes, the audience was excited, it was quite feel-good. When they turned it into a challenge, it became more about the interaction of the cooks I guess. Top Chef is one of my favourites now though as there’s high-level cooking and the uniqueness of the challenges show the skill level of the chefs. Cooking should be fun, it’s a communal thing to be enjoyed. But I’d much rather watch a building show than a cooking show these days. Unless it’s Chef’s Table or Vice Munchies.

A: What do you think about the glorification of the chef in those shows?

H: For any restaurant to be successful everyone in the team is equally important. Of course you always have someone at the top and here that’s Al, and he works extremely hard and is a great person to work for. In my eyes Al’s the boss, but he’s so generous with his approval. He puts us forward as the best – everyone praises him, but there’s a great team up at Depot and The Fed who have the same values as him. But media is definitely painting a broader picture now and some of the younger chefs are getting acknowledgement. There was that edgy, rockstar vibe of chefs for a while, I think that’s changing. 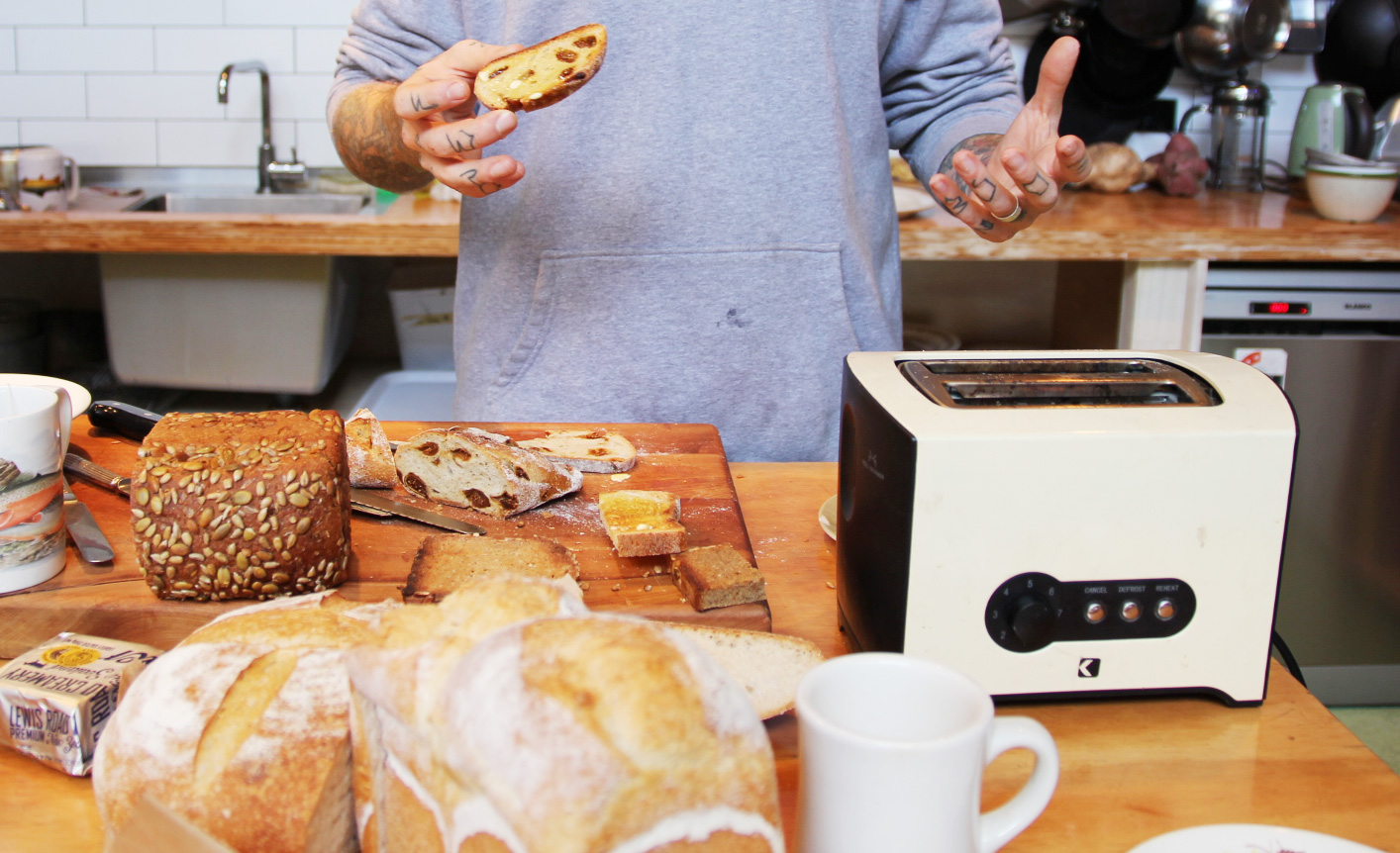 A: Is it ever weird that you don’t get direct credit from the public for dishes you helped invent?

H: People ask me that all the time, and”what dish are you proudest of?” My intellectual property is Al’s – I like creating and I don’t need the kudos of “that’s Hayden’s dish”. We call it the food DNA. Before Depot opened, Al and I were hosting events in Wellington at his house and we were doing roasted fish bellies and oysters at informal gatherings. When Depot came about we thought hey here’s what we already do, how can we get that into a restaurant? Obviously Kyle Street creates a lot of the in the restaurant himself, but there are shades of what we’ve all done in every dish.

At the end of the day it’s just food and nothing’s original either, we all travel and get inspired and covet what other people are doing as well. That’s one of the great parts of my job, I’ve cooked in San Fran, travelled to Margaret River, all meeting with other chefs and tasting their food. It’s good to get inspired once in a while to break outside of the norm. That’s why doing Popped Culture is cool.

We finished our final slice of toast – having tasted three varieties, slathered with Lewis Rd Creamery butter, and we discussed Hayden’s toppings. They’re going to be flipping delicious, you’ll have to book a ticket to find out…