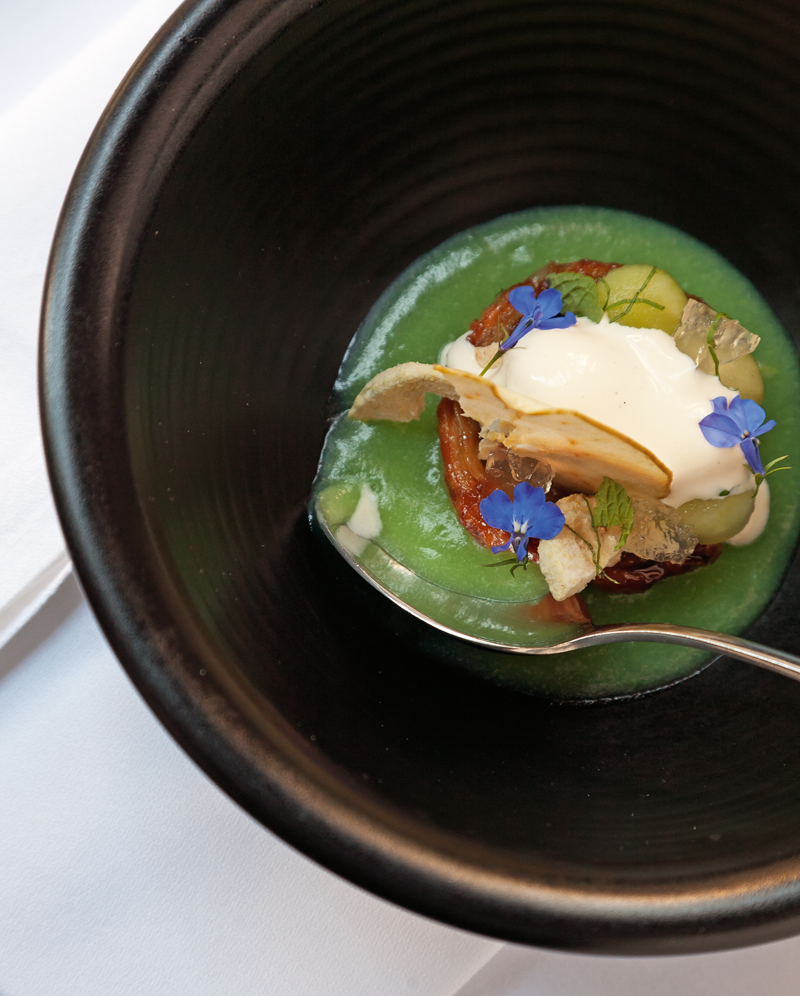 The dishes that had us swooning this month.

In Greenwoods Corner, breakfast has been taken to new heights at Raven & Cook with their eggs benedict with corned-beef hash. On top of the hash itself, two poached eggs sit covered in whole-grain mustard hollandaise. And the stickler is in the sides: wilted bitter greens (kale the day I visited) and pickled red cabbage. Hints of Europe, and just fantastic. – Delaney Mes

The thing about dining at The Grove is that the entrées are usually so spectacularly presented, you think this must be their forte. Then, out come the mains, and they look — and taste, of course — amazing too. But save yourself, or a little bit of yourself, because the desserts raise the bar all over again. Roasted feijoa tarte tatin, with apricot parfait, minty apple slushy and vanilla ice-cream is, well, gorgeous. If you smile nicely and buy a glass of wine as well, they might even let you in just to try it. – Simon Wilson

As one of the judges for the Metro Emirates Restaurant of the Year Awards (see May’s Metro) I have, as you might imagine, eaten a lot of good food recently. But in the whole process the one dish that really stood out was the egg yolk ravioli at The French Café (the supreme winner). Featuring a delicate combination of smoked potato, asparagus, peas, parmesan and Ibérico ham, it’s a tasting-menu dish that doesn’t confront, as is so often the case, but comforts. Rich but not at all heavy; a savoury masterpiece. –  Anna King Shahab

Right now I can’t get enough of the assam laksa, or tamarind spicy noodle soup at Pakuranga Night Markets on Saturday nights. The dish comes from Penang and is Nonya in origin, with a broth that’s tongue-tinglingly sour and a garnish of flaked fish, rice noodles and strips of cucumber. It’s hot and it’s refreshing, all at the same time, and that, to me, spells delicious. – Connie Clarkson

I got home very late the other night, tired and hungry, and made supper: a crisp, juicy apple from the fridge, a wedge of extra mature gouda from the Mercer Cheese Shop (it’s that shop the best-kept food secret in the city? — turn off the Southern Motorway at Mercer, but get there before 5pm and don’t bother on Sundays) and a glass of wine. With a bit of chocolate to finish it was a fine meal, but restaurateurs may be pleased to know I didn’t think it was as good as the best rustic dish I ate while judging our restaurant awards — duck liver parfait with a sour cherry relish at Molten, served with lots of little toasts. Light, bursting with flavour, simply scrumptious. – Simon Wilson