In the New Metro: the Return of Cheap Eats 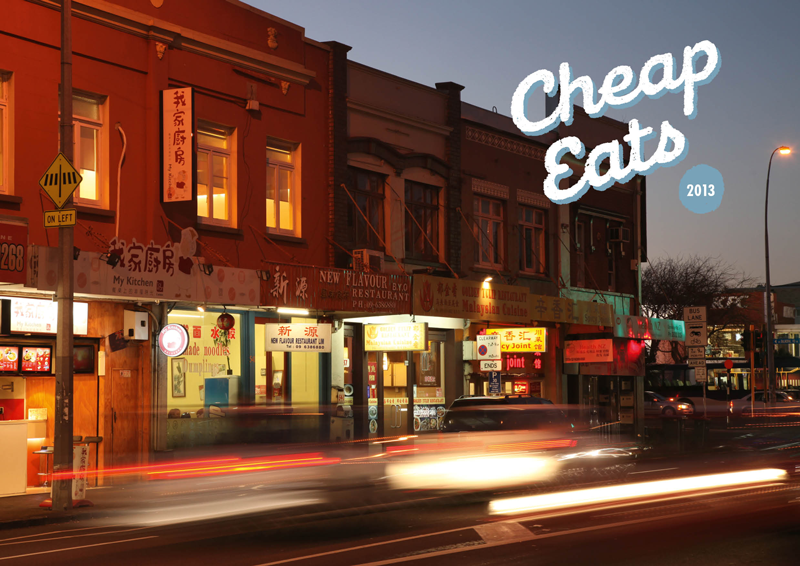 We’ve been eating the length and breadth of Auckland, looking for the best dinners to be had for less than $20 – and we made so many brilliant discoveries that fully a third of this year’s Top 100 is new. So much deliciousness, at such excellent prices: only in the September Metro, on sale August 22.

Also in the new issue :

The Metro Barista Competition 2013
Vote for your favourite barista in Auckland!

The Catwalk Queens
Does Fashion Week have a purpose? Pieter Stewart and her daughter Myken say yes, but the ranks of designers, buyers and sponsors are all thinning. Matt Black investigates.

Lions v Gladiators
How did Coliseum steal the rights to English football from Sky? Duncan Greive looks behind the scenes at the battle that could forever change the way we watch sport.

The Killings at Stilwell Road
In January 2011, two men were stabbed to death at a $2 million mansion in Mt Albert. Three trials later, it’s still not clear what happened. Steve Braunias reveals the tragedy of the house on the hill.

That Sinking Feeling
First there was tragedy, then there was farce. As James Robinson reports from San Francisco, the America’s Cup really wasn’t meant to be like this.

Fight Night
Pro-wrestling in Auckland is almost out for the count. Or is it? Duncan Greive checks out the action in a sport where the girls are tough, the boys are tougher, and they’re all more than a little camp.

Fringe Dwellers
Gemma Gracewood, ukuleleist extraordinaire, reports from the heart of the New Zealand contingent at the Edinburgh Fringe Festival.

Urban Design: Chris Barton considers the merits of two proposals for Auckland transport: the Congestion Free Network and the SkyPath attached to the harbour bridge.

My Life in Clothes: Photographer and stylist Karen Inderbitzen-Waller looks back on Pavement, Paris and photographing Peaches.

Gadgets: Gary Steel on the best GPS navigator on the market.