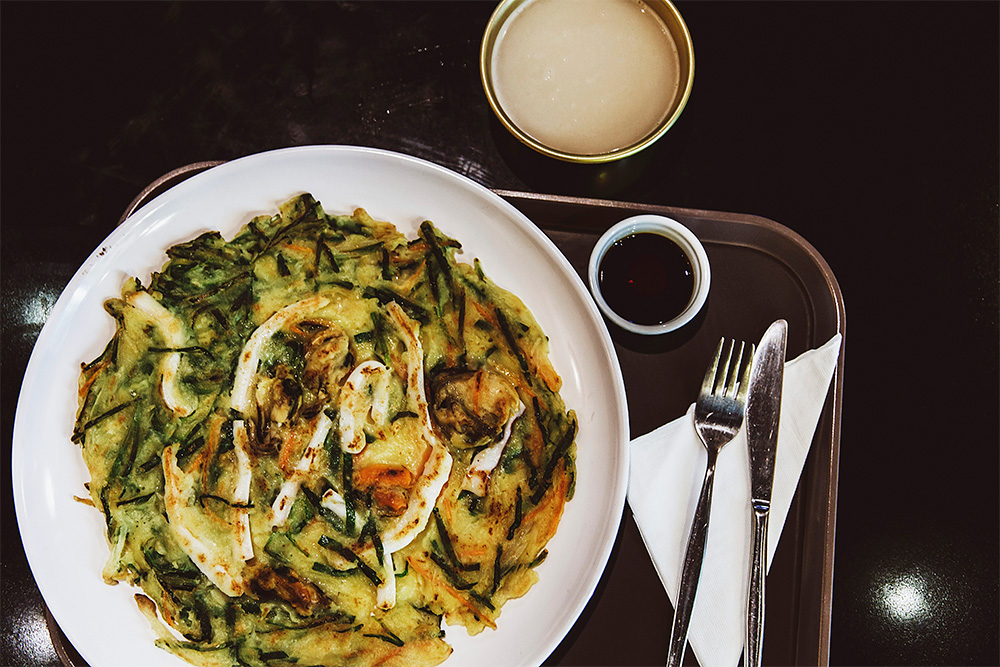 29 Link Drive, Wairau Valley
You’re here for barbecue, and when you order this they bring out a bucket of red-hot charcoal and put it into the grill in front of you. Then they bring out marinated beef rib and mok deung shim (pork scotch fillet) for you to cook, though they’ll show you how if it’s obvious you’ve not done this before. The service is impeccable — they’ll bring out tidbits for you to try, and salt imported from Korea. Magnificent.
Korean, licensed

490 Queen St, Central City
Dak means chicken in Korean, so you’d be foolish to pass it up here. Eat it soy-glazed and fried, in stews or in soup. Don’t miss the hot-plate spicy squid, which makes a good addition to a plate of dumplings.
Korean

Cnr Lorne and Wellesley Sts, Central City
We love that the council has honoured this hole in the wall by expanding the kerb and making it easier for crowds to gather. Because gather they do: there are other Asian fast-food joints next door now, but No 1’s super-cheap, super-tasty Korean pancakes are still the star.
Korean, vegetarian friendly

23 Wellesley St West, Central City
The Middle East Cafe has closed! Long live Madang! As Korean restaurants go, it has a shortish, well-honed menu. The bibimbap is full of interesting veges like angelica root and soybean sprouts, with some purple rice vanquishing white monotony, and they point out that their stir-fries (bulgogi, spice pork et al.) are fried in stock rather than oil, which means you don’t end up with that nasty bottom-of-the-bowl slick. That said, their fried chicken wings in spicy sauce are A+++.
Korean, new listing, vegetarian friendly

Unit 10, 20 Link Drive, Wairau Valley
You’ll find Queen Chef at the back of a Korean supermarket that you would never know was there unless you went up the driveway. Each morning, the Korean women who run it make a big batch of soup, and it’s best to get here before 11am to make sure you get some. They also sell kimchi and a particularly fine pancake, which refries very nicely. One of the Shore’s best finds.
Korean

23 Mokoia Rd, Birkenhead
Got the winter blues? Take the ferry to Birkenhead and choose from more than 50 great soup/stew options at Yummy Korean BBQ. There’s care in the broths, which take hours to prepare, and kindness in the hearts of the owners, who will show graceless novices how to eat them properly. The kimchi here is a real winner.
Korean