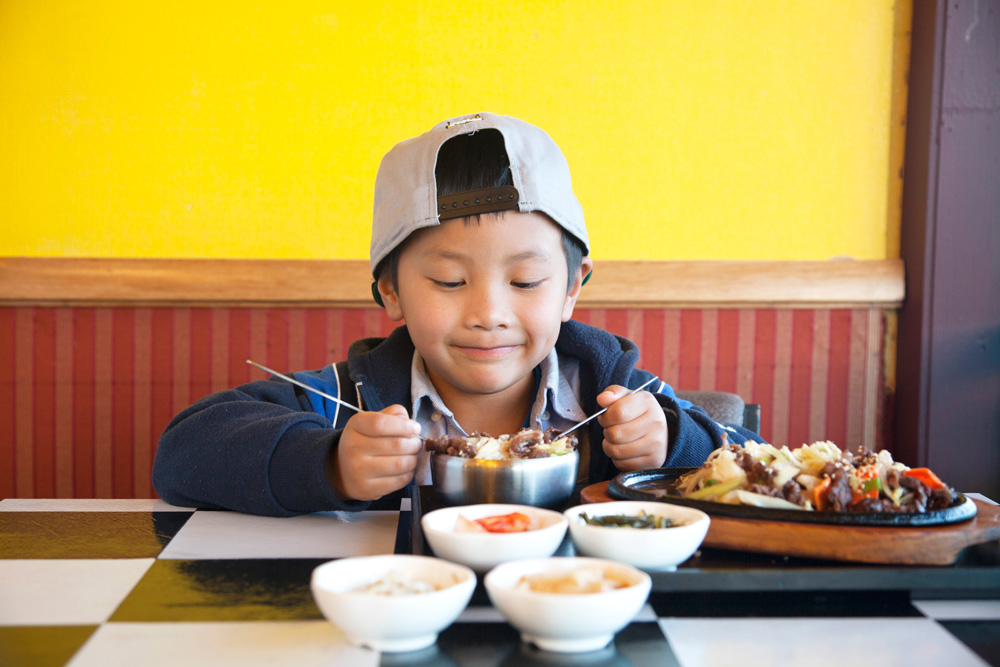 29 Link Drive, Wairau Valley
You cook your meat over charcoal here, and it goes beautifully with the Korean condiments. Try the scotch fillet in special sauce — sublime. The best Korean in Auckland, we reckon.
Korean TOP 10

25 Mokoia Rd, Birkenhead
Classic Malaysian hawker food — the curry chicken roti canai is one of the very best in Auckland — and some masterful renditions of Nyonya favourites. For the best of those, try the sambal eggplant.
Malaysian

Northcote Town Centre, 39 Pearn Place, Northcote
The lumpy handmade dumplings are as good as any aficionados might be used to buying over the bridge along Dominion Rd. So are the big chewy Shaanxi-style hand-pulled belt noodles. The service is friendly and the menu pleasantly short.
Northern Chinese

1 Lydia Ave, Northcote
Best burgers on the Shore. We also love their carb offerings: hand-cut agria chips and homemade potato rosti. Sit in the window while you munch and admire the view out towards the city. But be warned: it can be frantically busy on Friday nights.
Burgers

64 Mokoia Rd, Birkenhead
Still in love with stirfries, flavoursome rice dishes and other great Cantonese classics? Here’s one of the places they do them best — along with some very good barbecue meats.
Chinese

33 Pearn Place, Northcote
Once you’ve discovered this gem, it takes superhuman strength not to drop by for a bun whenever you’re near. From this tiny shop they serve pillowy, fresh steamed bao in bamboo baskets, and great xiao long bao (dumplings with soup inside).
Shanghainese

Unit 10, 20 Link Drive, Wairau Valley
Hidden down the back of a Korean supermarket is this gem of a food counter, where two Korean ladies cook up a big soup of beef spare ribs and kimchi every morning. It’s spotless and brightly lit, and there are two stools if you want to eat in.
Korean

4 Anzac Rd, Browns Bay
Auckland’s got a lot of ramen bars, but true  connoisseurs should head to Browns Bay for heady broths full of flavour. We’re particularly fond of the tonkotsu ramen — flavoursome pork without the fatty
aftertaste. Comfort in a bowl.
Japanese TOP 10

23 Mokoia Rd, Birkenhead
The food is really good, but it’s the enthusiastic service that makes this tiny place great. The menu runs through Korean standards; our favourite are the soups, which come out bubbling in superheated earthernware bowls. Try the ox bone, with big chunks of beef and greens and a simple broth.
Korean