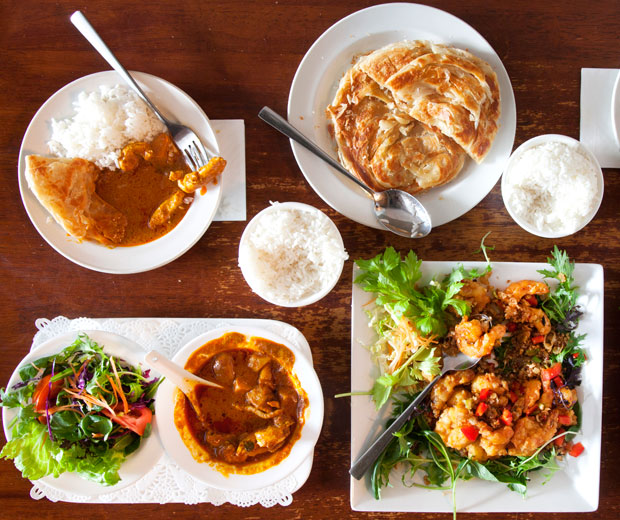 27 Cross St, Newton
Never mind that it’s copied a famous chain: the hotpot here is the business. Choose the half-half — chicken stock on one side, chilli stock on the other; it comes on a gas cooker and you boil it up. Order offal: the bone marrow is superb.
Chinese

17 Great North Rd, Newton (also in Sandringham, Eden Terrace and K’ Rd)
They’ve put dahi puri, those chickpea, tamarind and yoghurt crisp starters, on Auckland’s culinary map , and not many people can get through a trip to Satya without them. One of the best BYO spots, this South Indian stalwart remains one of our favourite cheap eats.
South Indian

356 Karangahape Rd, Newton
More than two decades since it opened and it still has the goods — and the $1 corkage. The rendang may be the best in the city, as may the sambal eggplant and tamarind prawns. Great for groups, especially given the huge noodle servings.
Malaysian TOP 10

7/30 Upper Queen St, Newton
They take their time here, though the wait is worth it: freshly made dumplings, steamed or fried or boiled, 20 at a time for ridiculously low prices. Slowness aside, service can also be brusque: somehow it’s part of the charm.
Chinese