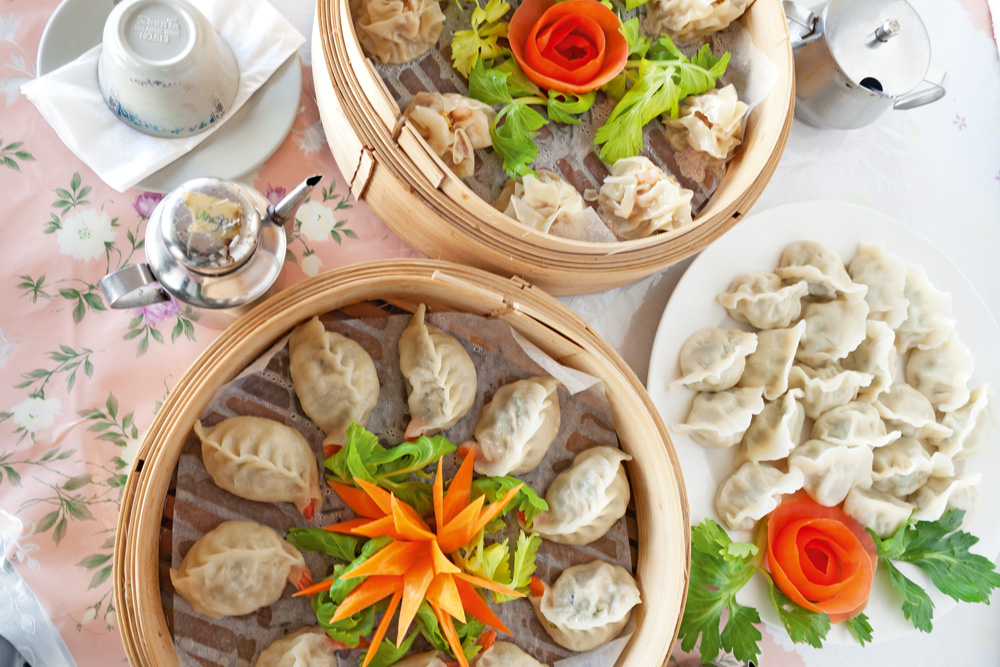 583 Dominion Rd, Balmoral
This neat little Japanese joint offers most of the classics, from sushi and sashimi to udon and stirfries. The sushi rolls are especially good — bursting with thick slabs of salmon and tuna. This is a great place for a pre-film dinner.
Japanese

571 Dominion Rd, Balmoral
When Barilla opened, its glorious dumplings, terrible service and prosaic environs somehow defined a moment in Auckland.  A few years on, the place is smarter, though no better looking — it’s still painted a vile bright green. The dumplings are as good as ever, however, although other dishes are too oily for our taste.
Northern Chinese

563 Dominion Rd, Balmoral
The joys of Beijing-style street food for breakfast cannot be overstated. At Bun Hut, they serve buns, of course — $4 for five — but also bing, a crispy pancake served with egg, fried crispy pieces and chives. Brilliant at any time of the day.
Northern Chinese

708 Dominion Rd, Balmoral
We’re especially fond of the traditional pickled cabbage with steamed pork, the house-made fried pancake selections, and the freshly made xiao long bao pork dumplings. The kitchen can be a bit slow, but it’s totally worth the wait.
Northern Chinese

636 Dominion Rd, Balmoral (also 486 Queen St, Central City)
They pull the noodles by hand here, banging them on the bench in the open kitchen. The owners are from Henan so the food is influenced by Uyghur cuisine from China’s Muslims; that means lamb, cumin and flat breads as well as noodles.
Northern Chinese

557 Dominion Rd, Balmoral
Plenty of dried red peppers are used here but the food is not fearfully hot unless you request it so. Menu favourites include deep-fried ribs, and the eggplant with spicy sauce. Dumpling fans will not be disappointed, either.
Northern Chinese

533 Dominion Rd, Balmoral
Despite the name, there are plenty of non-spicy dishes to be had, and the owner’s grandchildren do a lovely job of helping to translate, in between watching cartoons  in Mandarin. If you like the tongue-tingle of Sichuan pepper, try the mapo tofu, and we love the Sichuan dumplings, too.
Chinese

702 Dominion Rd, Balmoral
You no longer need to wait until the next festival or market to have a slice of Stumpy’s wood-fired pizza. Stumpy’s has finally opened a permanent home — a welcome addition to Dominion Rd eateries — for all pizza lovers. We especially love the buffalo-range pizzas.
Pizza

237 Balmoral Rd, Balmoral
Thai food as it should be: good protein serves, sweet but not cloyingly so, vegetables that aren’t all bamboo shoots. Top Ten is primarily a takeaway, but it does have a few tables. With its well-balanced flavours and proportions and friendly service to boot, it is a treasure amid all those Chinese outlets.
Thai