A bunch of new food offerings in Auckland we're excited about, plus a plant-based takeover at Orphans Kitchen. 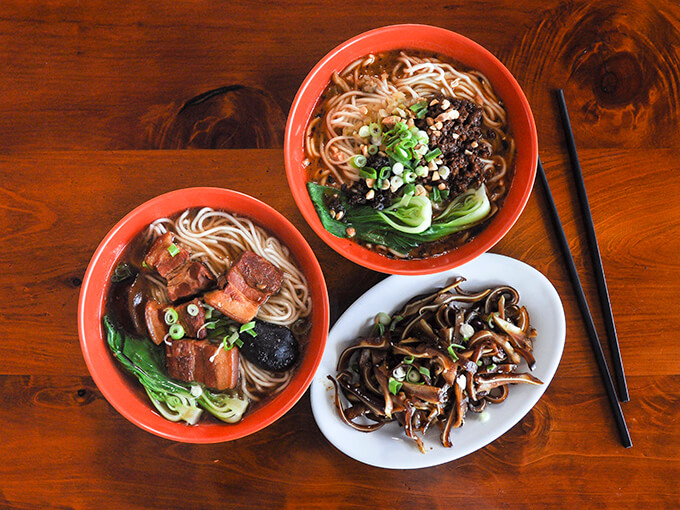 A bunch of new food offerings in Auckland we’re excited about, plus a plant-based takeover at Orphans Kitchen.

Hotter than Sichuan cuisine, the Chongqing region in Northern China is famed for its seriously spicy food and at the second branch of this Metro Top 50 Cheap Eat, the brave are rewarded. The best dishes at Chongqing Noodles mostly contain offal as well as fearful amounts of chilli – try the pigs’ ears or slobbery chicken.

There’s now a flash second branch of Auckland favourite New Flavour on Parnell Rise offering all the same classic dishes as their flagship restaurant on Dominion Road, only with slightly reduced opening hours. For those who aren’t in the know, the deep-fried chicken in spicy, slightly sweet chilli oil is an absolute must-order, as is the dried bean curd salad, and you may as well get an order of pork and chive dumplings. BYO wine.

Students rejoice as your Monday morning hangover can now be eased on campus with the opening of Barilla’s third branch, at the University of Auckland. The dumplings here, which start at the budget-friendly price of $6 a serve, are some of the city’s finest. We love the beef and carrot.

Orphans Kitchen is going completely vegetarian for two weeks next month, with an event they’re calling Root-to-Petal. It’s the second time the restaurant has become a meat-free zone, after a successful attempt in 2016. Happening from April 17-28, this foray into plant-based cooking is an opportunity for executive chef Tom Hishon to showcase a range of vegetable-based alternatives across his breakfast, lunch and dinner menus. Most exciting is a restaurant swap occurring in the second week of the experiment, when Hishon will trade places with Christchurch-based chef Alex Davies who owns plant-based restaurant Gatherings. Be sure to book a table.