We give betting odds for the four finalists of the tenth Walters Prize, now on view at Auckland Art Gallery.

Founded in 2002, the Walters Prize (named in honor of the great New Zealand appropriation icon, Gordon Walters) took an unscheduled break from its biannual schedule in 2001 but is back for its tenth iteration, with four nominees vying for the $50,000 prize (which, although not quite the potentially life changing windfall it was 20 years ago, is certainly nothing to be sniffed at).

The presentation of the finalist’s work at the Auckland Art Gallery is always a slightly odd contrivance — a greatest hits of exhibitions by New Zealanders around the world, broken apart, uprooted, airlifted, sometimes added to or subtracted from and recontextualised to exist next to one another in a major public gallery.

Three of the finalist’s works have a documentary bent; Fiona Amundsen’s A Body that Lives looks at Japanese experience in World War 2, Sonya Lacey’s Weekend at an early public pool in London and Sriwhana Spong’s The Painter-tailer at the Balinese home of her grandfather. It seems likely that of these, Spong’s will have the most resonance with the judges with the subject and treatment more intimate than Amundsen or Lacey’s, both of whom’s work can seem dryly academic by comparison. Also possibly in her favour, Spong is a very rare repeat nominee and there could be a sense that it is simply her turn given the strength of her career and her repeated appearances in the upper levels of the gallery over the past few years.

The fourth nominee, Atapō however, will be no easy beat. An intergenerational, feel-good collaboration between the Mata Aho collective and the revered Maureen Lander, playing a home game as the only work still sitting where it was originally meant to at the South-East end of the Lower Grey Gallery as part of the gallery’s recent blockbuster Toi Tū Toi Ora: Contemporary Maori Art (which is being slowly dismantled around it) and removed from the other works which have all landed in the more traditionally modern Chartwell galleries of the second floor.

This year’s international guest judge — theoretically impartial and unswayed by prior dealings inside New Zealand’s insular and often jealousy-ridden visual arts community — is Kate Fowle, currently director at MoMA PS1 and previously of the Garage Museum of Art in Moscow. Due to the restricted state of international travel, she’ll be judging the works from home by way of a ‘virtual exhibition’ which feels like it might be the only thing that could hurt Atapō’s chances — its quality reveals itself to you as you walk around it’s singular form and get a feel for the Op-Artiness of its woven layers, while the other works on show are multi-part and bitsy in a way that can often come across impressively in a virtual environment which tends to reward ‘more-ness’ in the absence of tangible experience. 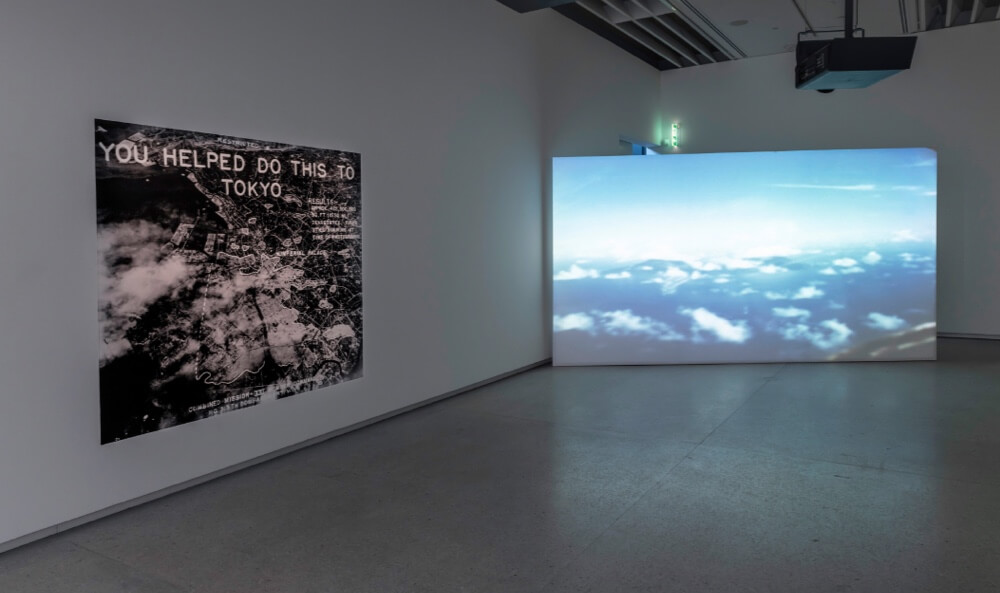 “Fiona Amundsen will show in its entirety her impactful installation, A Body that Lives, 2018, which through video documentary focuses on three key episodes of Japanese experience during World War II. This poignant installation includes photographic images which extend the narratives. Originally shown at St Paul St gallery.” 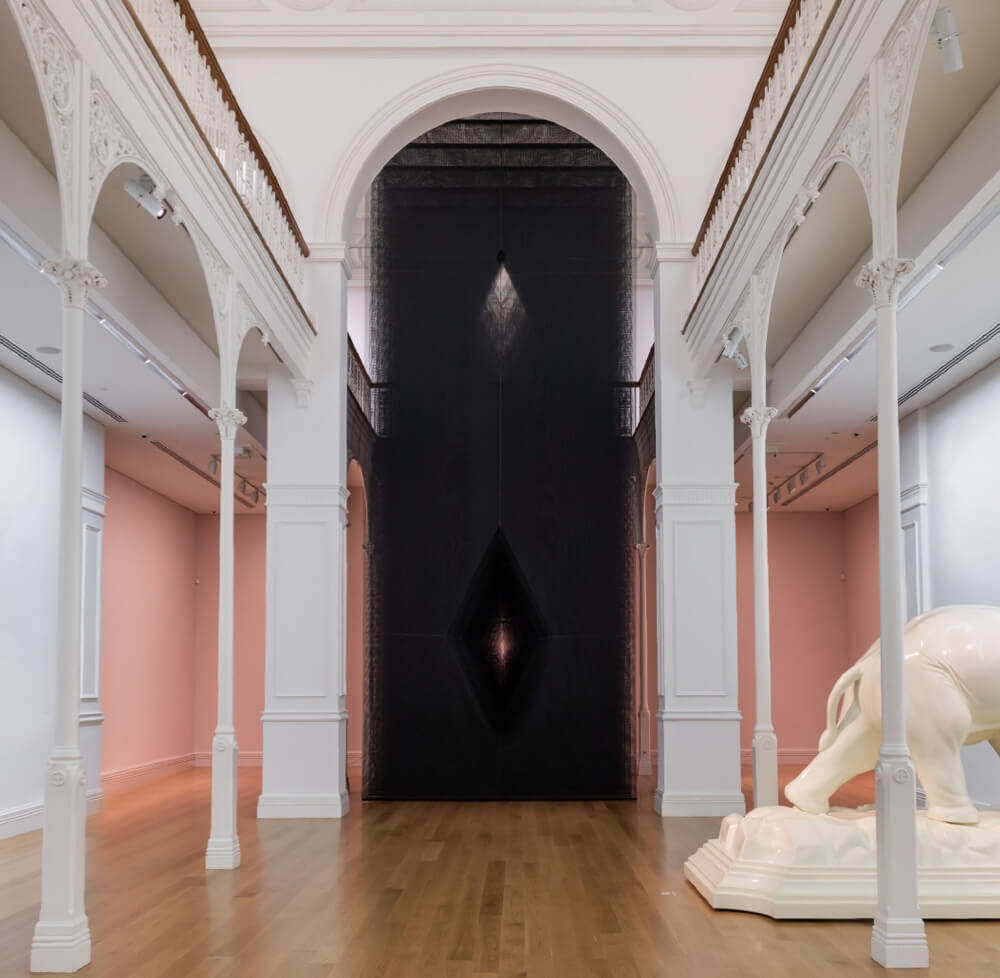 “The Mata Aho Collective present their work Atapō, 2020. Co-created with senior artist Maureen Lander, Atapō was originally commissioned for Toi Tū Toi Ora: Contemporary Maori Art (2020–21). For the Prize, the sculpture’s presentation has been dramatically reimagined to give it greater command of the exhibition space. Collective is comprised of Erena Baker, Sarah Hudson, Bridget Reweti and Terri Te Tau.” 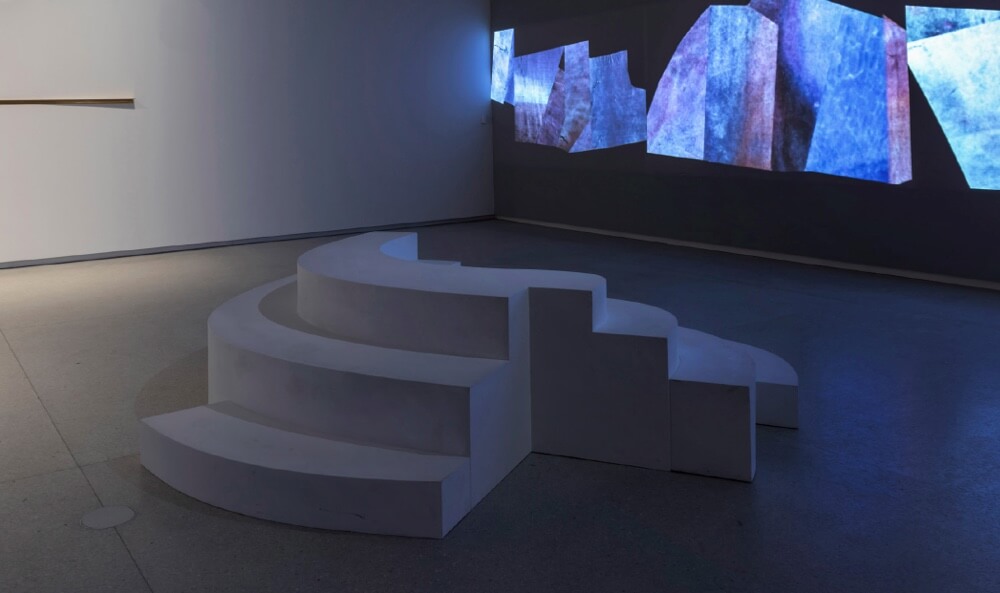 “Lacey will exhibit Weekend, 2018–21, with collage, video, film and sculptural forms that result from her research into the St Bride Foundation, London. Two significant new sculptural works will expand her investigation of this 19th-century leisure centre, a place of respite for working professionals in the great English city.” 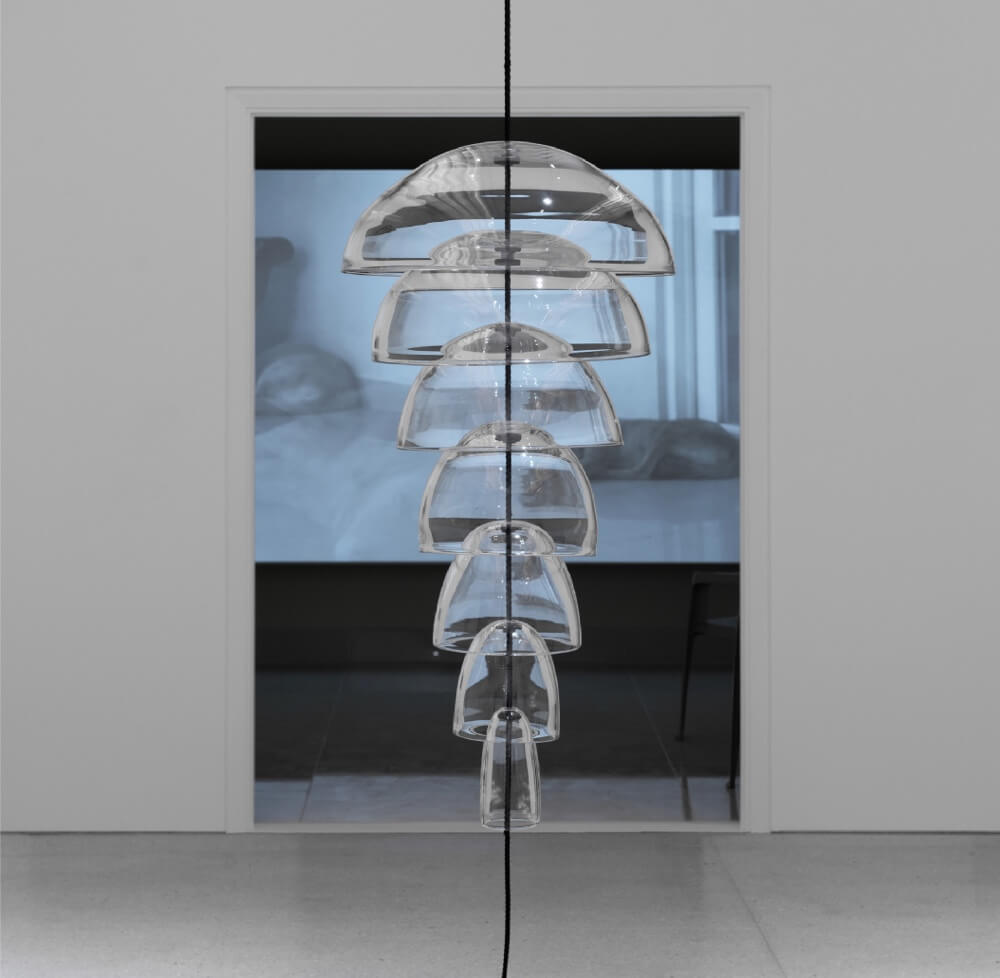 “Sriwhana Spong will exhibit The painter-tailer, 2019–21, which centres around the home of her paternal Balinese grand- father. Never seen before in New Zealand, this materially rich mixed-media artwork will include Spong’s ‘personal orchestra’: a collection of sculptural instruments inspired by the Indonesian gamelan.” 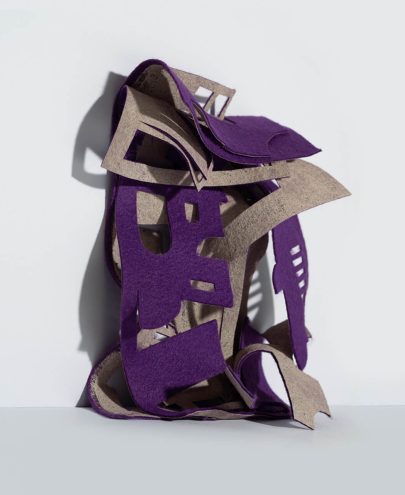