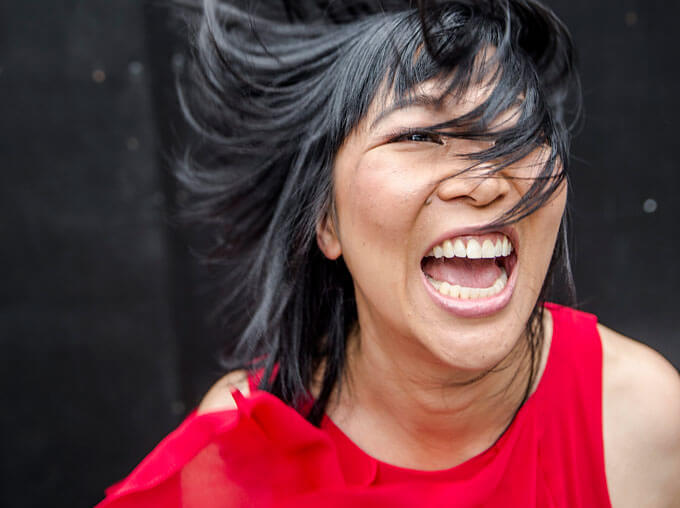 Music to drift to

There is a great deal to admire about Gareth Farr and Renee Liang’s opera The Bone Feeder. It’s smart, it’s sophisticated, it’s richly multicultural in a way we ought to be able to find normal (but sadly can’t), and every aspect of the set design and execution is excellent. Great singing, great playing. You will note however that I am avoiding the phrase “I enjoyed it”.

The show began life as a play, written by Liang ten years ago and expanded and refined through several productions up and down the country since then. It was at the 2011 TAPAC production that Auckland Arts Festival artistic director Carla van Zon saw it and decided it was an opera waiting to happen. You can understand why. The story is based on the 1902 sinking of the steamship SS Ventor off the Hokianga, en route to China carrying the bones of 499 Chinese. “New Zealand Chinese” was at that time not even the vexed and marginalised label it became for much of the following century; it was a non-concept, which is part of the reason the bones were on the Ventnor to begin with. Convinced that they would never belong here — not least by the racist legislation which banned them from bringing their families to the country that was happy to use them as labourers — Chinese immigrants saved up to have their bones exhumed after death and returned home.

The key detail in this story is explained in the opera’s programme notes: the traditional Chinese belief that “if they did not return home, they would become hungry ghosts, unable to care for their families nor be cared for in turn”. As the opera opens, Ben (Henry Choo), a young Chinese New Zealander, has come to the Hokianga in the present day, looking for the lost bones of his great great grandfather. He meets a Maori ferryman (Te Oti Rakena), who seems to know more than he’s saying about the history of the area and the risks of annoying the local spirits. The spirits, whom we meet shortly afterwards, are in fact a lot less formidable than the impressively imposing ferryman: lonely, mischievous ghosts who have been trapped here ever since the Ventnor went down.

The mix of cultures and time periods is well captured in the orchestration, which manages to achieve a rich blend of traditional Chinese, Maori and European instruments while simultaneously feeling very spare and stripped down: there are only seven players, all of them seated in full view on one half of the stage, while the singers use the other. Conductor Peter Scholes (an essential presence at this festival, having also co-conducted the wonderful Passio concert last weekend) stands alone, spotlit, on one half of the lower stage, which has been covered with sand to represent the Hokianga foreshore: the strongest element in John Verryt’s evocative, minimalist set. The lyrics are surtitled in multiple languages, with translations, on a rear screen which also displays surging waves and lonely coastal bush. Altogether the show is like a blueprint for the big 21st century Aotearoa landmark cultural event a festival would want to associate itself with. All it lacks is an easy-to-follow story and memorable music.

Liang’s libretto is a witty, nimble mix of many elements, poetic, expressive, impressive on many levels. But my sense is that she has been living inside this narrative — which she first began working on a decade ago — for a little too long. It feels over-digested. The opera does not so much tell its story as refer to it; to know exactly what happened to the Ventnor and why it matters, and how Hokianga iwi became involved, you’ll want to have consulted the programme booklet beforehand. Farr’s music is all texture and mood, and its textures and moods are wonderful: timbres mingle and shift in ways that are at once fascinating and symbolically appropriate. There are no arresting themes. It’s music to drift to.

This is absolutely a show worth seeing. I would like to say that it’s also a work worthy of being restaged. Given the high costs of opera productions, that’s a very difficult bar to get over; but it’s surely the goal the festival would have set themselves. Admirable that they tried.