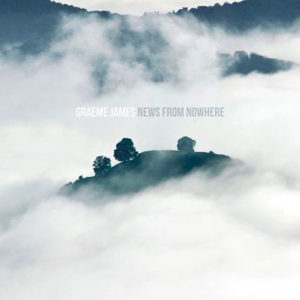 Wellington busker Graeme James usually performs other people’s songs, but the 10 originals on his debut sound like they oozed out of him, and remarkably, they’re not just echoes of the crowd-pleasing antics of a travelling troubadour.

Perhaps it’s because James has done the logical thing on News from Nowhere, plugging into his own experience with songs inspired by his out-of-town encounters with nature, and unsurprisingly, his conflicted feelings: the urge to travel versus the longing for his girl, and his home.

He’s racked up a lot of internet radio play, and that’s no surprise. There’s a guilelessness about these performances that strips away your defences, and James sings simply and clearly in his rich baritone about his bliss.

There’s no enigmatic code to crack here, or deeply tortured sense of dysfunction, just a real bloke facing up to real life experiences, and that open-hearted tactic is echoed in the instrumentation, which hinges on Celtic-influenced fiddle, ukulele, guitar and, reputedly, beatboxing.

Just one thing: please get a stage name.

If Graeme James’ brand of post-folk flies your kite, you might also like sublime English folk group The Unthanks.