What Days Are For - review 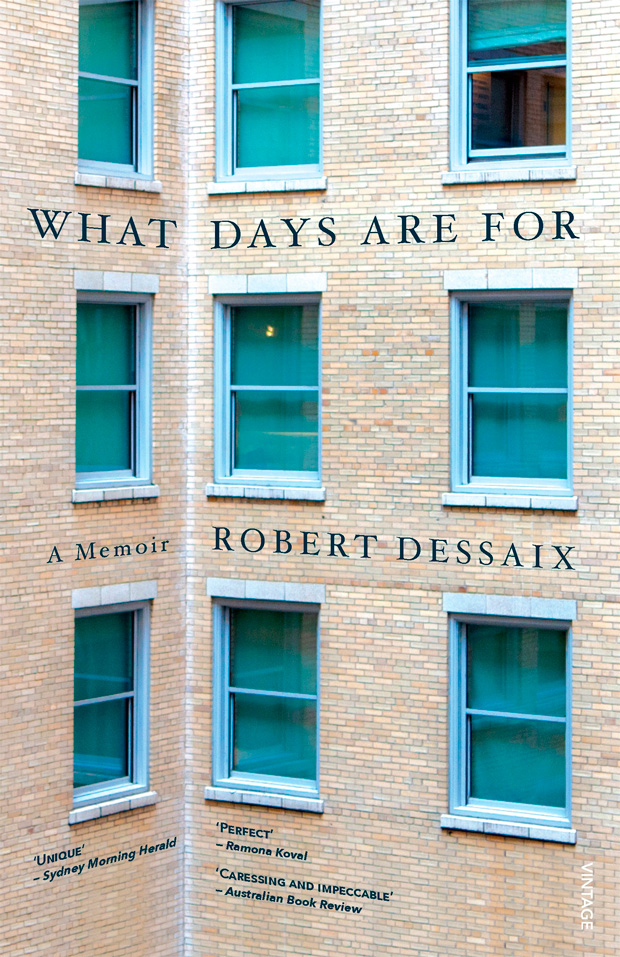 WHAT DAYS ARE FOR
Robert Dessaix
(Random House, $25)

The shadow of the grave also passes over “What Days Are For”, a meditation on mortality, love and travel from Australian author Robert Dessaix.

Lying in a hospital bed recovering from a heart attack, he asks the same semi-rhetorical question that kickstarts Larkin’s poem: “What are days for?/ Days are where we live. They come, they wake us/Time and time over.” Dessaix unpicks his own layered memories of intimacy, domesticity and routine, finding a great deal of time spent doing not much at all, really: “… the unremarkable dinners with friends, the twice daily outings with the dog, the tens of thousands of weather reports… the hours, days, weeks and months just waiting for the lights to change at the end of our street”.

Catalogues like this are depressing, if only because we’ve all got our own litanies of time wasted. But there are moments of transcendence too, such as on a trip to Syria: “Standing in the temple of Baal, I was suddenly at the crossroads of my world… I could feel its east-west mesh of silky filaments begin to wheel in a billowing cloud around me and then spin. I’ve never felt quite so umbilical.”

Showy at times, and resolutely inward-looking, Dessaix is not always easy company. He makes sure you’re aware he speaks several languages, and the blather about spontaneity that accompanies the whisking off to Tunisia of a young ticket seller after just one encounter in an art gallery, despite having a long-term boyfriend, feels slyly self-justifying (“Peter… didn’t seem to much mind”).

But his meditation on days spent well, and not so well — “the million-petalled flower of being here”, as Larkin called it — suggests that disapproval is redundant. Who are we to judge? His memories — “cluster after meshing cluster of experience” — become a kind of insulation against the same clammy hand that Hitchens felt on his book tour, that we’ll all feel soon enough. In the end, his conclusion is as simple as Larkin’s. Days “are to be happy in”.