Two books that inspire affection and more than a little heartbreak

Can You Tolerate This? Personal Essays
Ashleigh Young
(VUP, $30)

In love With These Times: My Life With Lfying Nun Records
Roger Shepherd
(HarperCollins, $37)

Ashleigh Young’s Can You Tolerate This? is a collection of “personal essays”, many of which started life as blog posts. Despite this, there is an artfulness in the selection, especially in the way the colours of many of the pieces bleed together to create a remarkable portrait of the author and her family. 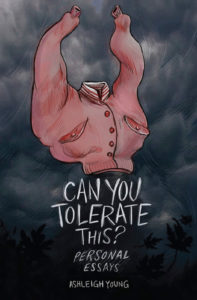 Whether from Te Kuiti or London, face-down on a chiropractor’s table or cosmic dancing at a Bikram yoga sweat lodge, Young’s dispatches work by indirection, telling stories where the obvious markers are often omitted. Hers is a family, like many others, where the emotions are left offstage (due to “a combination of exhaustion and limited vocabulary”), all of which somehow amplifies them.

The reader is left with curious parallels to ponder. Problems with eyesight stalk the family, as does excessive facial hair (on the female side). Young’s father flies a small plane into storms while the kids whimper in the back seat. Not to be outdone, her mother takes lessons in gliding, getting towed to 20,000 feet and then cut loose, from a pilot who is soon to die in a crash.

Most memorable are the pieces about the musical careers of the author’s two brothers, Neil Young and John-Paul Young. It’s typical of Young to make no comment on her parents’ decision to name their sons after contemporary chart-topping musicians, or how significant a burden this career-prod might have been in the ensuing story. Instead, she focuses upon “Big Red”, a jacket her brother John-Paul wore during his long but ultimately ill-fitting career as lead singer and songwriter for Hamilton band The Clampers.

The jacket is a fashion faux pas, one of those items you wish could be expunged from old photographs, but it somehow becomes a totem of Young’s sisterly affection and cringing embarrassment as she and her parents cheer on John-Paul from the shadows. It’s the one item that, years later, she wants to track down.

With his reedy, wavering voice and lyrics that give voice to an angst far too subtle for bar-room audiences to register, John-Paul’s music is a gift to the world that would have gone unappreciated had it not been for his little sister and her uncommon gift for elegantly unstated emotional complexity.

When Roger Shepherd started Flying Nun Records in the late 1970s, he was neither a businessman nor a musician, just a 21-year-old lad nursing a beer at the back of a bar and falling head over heels in love with New Zealand’s first generation of post-punk bands. In Love with These Times is the story of how a fan became curator of the coming-of-age soundtrack of a generation of Kiwis now shocked to find themselves middle-aged.

Perhaps our rock-music scene was as much of a statement of our independence as that palaver about nuclear ships.

It’s essential reading for anyone who cares about New Zealand music, or who finds themselves humming pop riffs from The Clean, The Verlaines or The Chills as they drive their kids to those expensive guitar lessons, or — just to broaden things out — who is intrigued by the cultural and political renaissance (some might say naissance) this country underwent in the 1980s.

Perhaps our home-brewed rock-music scene, born in the Deep South and wending its way northwards to Ponsonby and Grey Lynn in battered Combie vans, giving the fingers at every stop to the homogenising foreign-owned commercial music industry, was as much of a statement of our independence as that palaver about nuclear ships.

Working a day job in a Christchurch record shop (remember those?), the aptly named Shepherd corrals an unruly flock of fiercely independent talent, conjuring up green pasture for them, lamenting stillborn lambs, and losing a few yearlings among the rough terrain, either to the allure of stable relationships and paying jobs or to the booze, drugs and mental illness that haunt those at the creative edge. 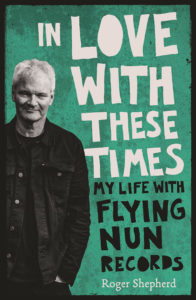 The cast list is extensive. Bands come and go within a paragraph or two, and Shepherd sometimes strains to sum up these brief candle flares in a few words.

Wisely, he avoids writing too much about the music itself (an enterprise comparable to “dancing about architecture”, to use a familiar analogy), for his story is that of the precarious anti-business itself: the gimcrack recording gear, the black grime of the record-pressing plant, the album covers (remember those?), the chaotic tours, payments by postal order, cocoa-tin accounting.

Somehow Flying Nun evolved into a significant player in the world independent-music industry, gaining a niche fan base across the US, the UK and Europe, and too few of us appreciate that several of our household names occupy a place in the global pantheon of alternative music, bringing to the world, to borrow Ezra Pound’s definition of literature, “news that stays news”.

There’s an inevitable unravelling — absorption by Mushroom Records; a move to Australia and then London; the loss of the founder’s vibe — that, fortuitously, gives Shepherd space to negotiate his own breakdown and redemption.

And how gratifying that Flying Nun is still there, several steps to the left of centre on the New Zealand music scene, and Roger Shepherd is still at the centre of a circle of friends producing work for which he has genuine affection.