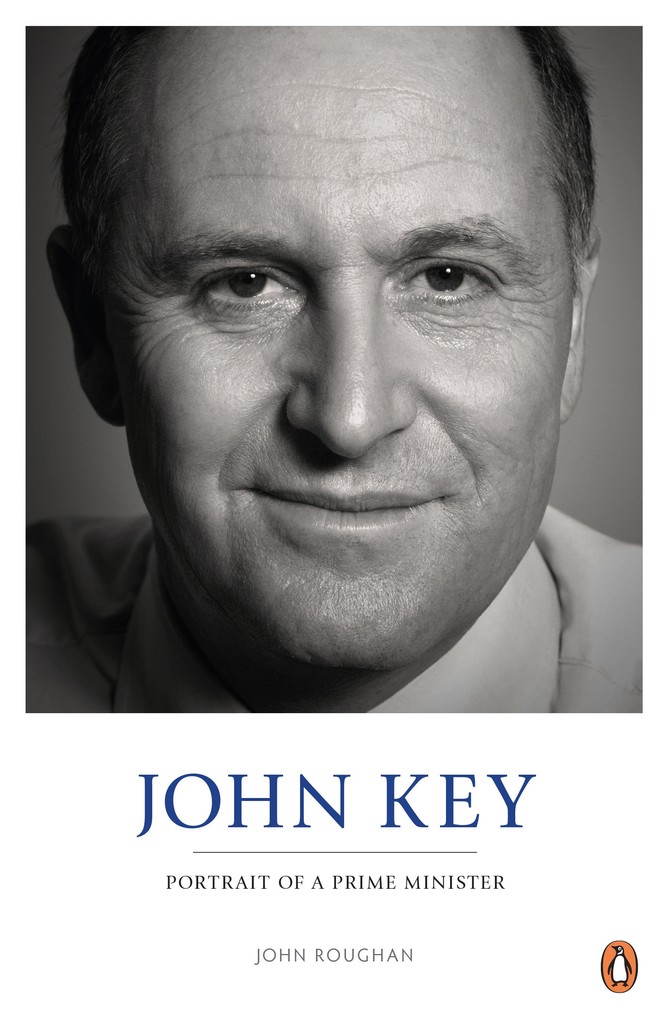 As a boy, he rode a chopper. His mother called him Toots (it rhymes with “puts”). His sister Sue says he “cooks very well”. His economics teacher didn’t see him as scholarship material and he decided to become a money trader after seeing it on TV.

Herald journalist John Roughan’s book on John Key is an “unauthorised” biography, in the sense that Key didn’t get to approve the contents. All the same, it’s the work of a fan, presumably intended as a shelfmate to Brian Edwards’ similarly titled, similarly admiring Helen: Portrait of a Prime Minister. You don’t expect bracingly sceptical journalism, although Roughan isn’t shy of criticising Key when he wants to. These books are valuable in a different way: their subjects let their authors get close, and insights flow from that.

As readers of his Herald columns will know, Roughan is a strong prose stylist with a thorough grasp of political history and just a whiff of admiration for the maturity of his own judgment. That’s all here, in 250 extremely readable pages.

In 2002, when Roughan interviewed the new National Party candidate for Helensville, Key struck him as “pleasant” and “polished”, but he “seemed not to have lived through the economic upheaval of the previous decades and showed no interest in it”. Twelve years later, the book suggests that observation was correct.

This is remarkable. The 1980s and 1990s defined our political world in 2002 and they do so still, but apparently the PM has never wanted to know. He’s disconnected, or seems to be, from history and the culture around him, which of course is one of the things that dismays his critics.

Why is Key so incurious? It’s not just a political question — it’s personal, something deep in his character. He tells Roughan he has never been to see his father’s grave, which is in Waikumete Cemetery in West Auckland.

And yet he’s also immensely likeable. And, as Roughan shows over and over, he’s a man of his word. He believes you should say what you plan to do, and then do it. Roughan doesn’t say it, but this is a great character strength — especially in politics.

The book has some weaknesses. It’s less interesting, and becomes more cursory, the closer it gets to the present day — almost as if Roughan ran out of time.

He glosses over the serious errors of judgment Key made regarding his cup of tea with John Banks in 2011. Although he reveals Key is driven by opinion polls, he doesn’t explore the implications of this for good government.

And he adopts a cocky scepticism about Key being worth around $50 million, suggesting the figure is too high. But a careful reading of Key’s own explanation of how he made his money suggests he’s probably worth a lot more — and Roughan surely is not unaware of the story (long in circulation) that Key is much richer, and it was his own advisers who decided $50 million was the top number the public would accept.

The story of the early years is well told. John Key had a remarkable mother: Ruth Key took her three children away from their alcoholic father, worked nights to support them, expected everyone to join in political debate at the dinner table, and was determined to keep the possibilities of the world in front of her talented son.

Even better, Roughan succeeds at his most important task: to deliver the man behind the politician. His Key is a trader, nothing more nor less, who was finely tuned to the demands of that role and has transferred the skillset as literally as possible to politics.

There are several elements to this. He’s calm. At Merrill Lynch he never threw the phone across the room and in the Beehive now he doesn’t lose his temper.

He knows how to read numbers — he had a rare ability to understand what the trades were telling him, and therefore to know when to buy, when to sell, what to pay and what to accept. In politics, that has translated straight into polling. National polls 350 people every week, Roughan says, and Key studies the results closely. They determine his behaviour.

Key is a team builder. He rose very high in his trading career, not so much because of his trading, although he was uncannily good at it, but because of his management skills. In Cabinet, Key has pulled his sceptical former rival Bill English into the fold, held the talented Steven Joyce close and balanced several other senior talents with rising junior stars. Very polished.

On top of all that, the trader Key didn’t get attached. When a trade went wrong, he knew when to quit and he did it without compunction. In politics, he has no pet projects, so he doesn’t get derailed by unreasonable attachments. But he also has no big plans, no discernible core reason to be in politics. Though he says repeatedly in the book he has always liked the idea he could make a difference, there’s nothing to suggest what that difference might be.

“I think I’d be good at it,” he used to say, and then, once he’d done it for a while, he realised he liked it. Roughan doesn’t advance any better view of why he does it.

As is invariably the case with John Key, this book will cause his supporters to admire him all the more and his detractors to renew their dismay. Like Rob Muldoon, until hindsight got to work on him and he had no friends at all, Key is either a great prime minister or a blight on the body politic, and there’s no meeting in the middle.

Will history be as unkind to Key as it has been to Muldoon? Key enjoys, still, greater popularity than perhaps any politician in our history, and yet has done little with it. He is a good PM because he inspires confidence — Roughan goes so far as to say that may be his greatest legacy. It’s not what he has done or might do, but that he gives us permission not to worry.

It’s a great insight. But is it a good thing?