I went to Egypt hoping to understand the revolution. I returned more unsure than ever.

Democracy vs democracy, or repression vs repression? Last year the Egpytian military, supported by progressive activists, overthrew the elected government. With feminist commentator Yasmine El Rashidi set to appear in the Writers Festival, this report comes from a contributor recently returned from Cairo.

Above: supporters of the military government celebrate the anniversary of the 2011 Arab spring uprising with a rally in Cairo’s Tahrir Square on January 25, 2014.

The sellers in the market in Cairo were smarter and smoother than the touts we’d encountered at the tourist sites. “Good morning!” one called cheerily to us. “How can I take your money?”

Maybe they were just being polite to us because in the Khan el-Khalili we had an escort from the Tourist Police — a capable and patient man with a pistol very obviously on his hip. After a week in Egypt, the gun didn’t really register. We were just happy we weren’t being bullied into buying something we didn’t want.

Our guide had chosen not to tell us that 19 people had been killed in Cairo the day before. We didn’t notice a thing. Cairo was madness, but it always was. In the midst of its most popular bazaar, shopping and having coffee at Fishawi’s, we had no idea that somewhere they were literally washing blood off the street.

I’d had concerns about travelling to Egypt. I’m the kind of bleeding-heart liberal who won’t go to Fiji because of the coup, or Russia because of the homophobia.

I’d had concerns about travelling to Egypt. I’m the kind of bleeding-heart liberal who won’t go to Fiji because of the coup, or Russia because of the homophobia. We’d booked our tickets a year before we went. Egypt was still a democracy then. Would my tourist dollars be supporting a military regime that had subverted the Egyptian democracy movement? Would we be safe? Journalists and activists were being jailed on the flimsiest of pretexts. Could our presence really be justified?

I am so glad we chose to go. It wasn’t just that we got to see Egypt’s astonishing archaeological sites almost deserted, though that was marvellous. It was also that we came home with a much deeper understanding of the Egyptian situation. It’s the sort of understanding which means I’m no longer sure of anything.

On our first day in Cairo, we went to the Egyptian Museum. As we drove, our guide, Hoda, pointed out the boundaries of Tahrir Square. She showed us where the protests had been — where she had been. Quite cheerfully, she told us she and her mother had camped in the square because it was so important to stand up for what they believed in, despite women there being raped and assaulted nightly,

Ours was the first tour she’d taken in six months. The personal consequences of the coup for her and her husband, also a guide, were devastating. Yet she wholeheartedly supported it. She’d risked her life and her livelihood to get rid of Morsi. She’d fought hard for democracy, and then to overturn the results of it.

There was a solid column of armoured personnel carriers outside the museum. Following Hoda’s instructions, we took no photos and made no eye contact with the disturbingly young soldiers. The building next door was a blackened eyeless hulk, burned out during the protests.

Inside, Hoda took us to see the statues and relics of Hatshepsut I’d wanted to see. While visiting multiple sites, she told us the story of Egypt’s female pharoah, who ruled in her own right. That story-telling confirmed my suspicions: the only woman we saw working as a guide in Egypt was a feminist. Later, we bonded over the way we’d both confounded our societies’ expectations by having incredibly low-key weddings. “This is the only time you’ll see me in a dress,” she’d told her husband. She’d never expected to marry, concentrating on her career.

In the bus on the way to the pyramids, we were comfortable enough with Hoda to ask the obvious questions. Yes, she didn’t like Morsi, but surely he’d been elected? The Egyptian people voted for him. This was the government they chose. In a democracy, you don’t get to just change your mind. You certainly don’t change your mind with guns.

She sighed tiredly and tried to explain. They’d had no real choice. It was either Morsi with his suspected ties to the Muslim Brotherhood, or someone from Mubarak’s old regime, the one they’d just fought to overthrow. It wasn’t so much a positive choice as a negative one. Morsi didn’t seem as bad as the other options.

Now, she felt more optimistic. Campaigning for the referendum on the new constitution was well under way: the vote was a few days after we left the country. She was sure it would pass, then they would have presidential elections, and they could get Egypt back on track. The new constitution contains a clause, blocked from the old one by Morsi’s Freedom and Justice Party, which would allow a woman or a Christian to assume the presidency.

And yes, we knew the polling stations would be “guarded” by the very army that overthrew Morsi, which would surely be hugely intimidating for anyone voting “no”. Yet, being there, that made sense.

“I love this song! It’s thanking the army for coming to the aid of the people.”

In Aswan, as far as we could be from the trouble in Cairo, we noticed a spot where the traffic was particularly bad, even by Egyptian standards. Hoda explained to us that they’d closed a lane outside the police station because there’d been a car bombing. The fear that the Brotherhood would bomb polling booths was very real. Voting “yes” was also seen as an act of courage.

In Egypt, the army are not seen as an outside force. Egypt has the largest armed forces in Africa and the Middle East. Everyone knows someone who is serving. Those men are their friends, their sons, their brothers.

One night, while we were on our Nile cruise ship, they took a break from the classic doctor’s waiting-room soft rock to play Egyptian music. At one song, Hoda’s face lit up. “I love this song!” She sang along, her head bobbing in its spotless white hijab.

One of my companions asked her what it was about. Face glowing, she said, “It’s thanking the army for coming to the aid of the people, for joining the revolution.”

That day in Cairo, near the end of our trip, Hoda talked to us about her ambitions. She wanted to start her own tour company, solely for women. She would bring them to Egypt and take them to places men couldn’t go. They would meet real Egyptian women and learn about their lives. They’d see local cooking, and real Egyptian belly-dancing, not the stuff that’s done on cruise ships. In return, the local women would have income, and frank, intimate conversation with Western women.

Under a government dominated by the Muslim Brotherhood’s Freedom and Justice Party and their open desire for Sharia law, it might never happen. It is simply reasonable to expect that life would become appreciably worse for Egyptian women.

It seems a foregone conclusion that the man who led the military coup that overthrew Morsi’s government, General al-Sisi, will be elected the next president. For lovers of democracy, this might seem like the worst possible outcome.

Yet al-Sisi is genuinely very popular in Egypt. People will vote for him, out of affection and respect. On the other hand, this will partly be because of the lack of opposition: the leaders of the Freedom and Justice party are in prison, the party itself in danger of dissolution. It too has a genuine support base.

Driving through Cairo, we passed the statue of Naguib Mahfouz, Egypt’s Nobel Prize-winning author. The country has a long and proud tradition of fostering liberal intellectuals: education is so valued that university is free in Egypt. Photos of authors, poets and philosophers cover the walls in Fishawi’s, and they have always been active in politics. These days, a perhaps surprising number support the army, and al-Sisi. Some, like authors Alaa al Aswany and Ibrahim Eissa and prominent feminist Nawal El Saadawi, have defended the army vociferously. Others, like New York Review of Books’ columnist Yasmine El Rashidi, have done so from a weary belief that every other realistic alternative would have been worse. This from the leftist pro-democracy elite.

Egypt is one of those situations where two of our treasured Western values — democracy and equality — are in conflict. Can we continue to value democracy when it allows the majority to vote to oppress minorities? The only firm conviction I’ve brought home from Egypt is that simplistic ideological positions — democracy good, army bad — are totally inadequate for processing such a complex and morally confused situation.

I made a friend in Egypt, and I can’t help but see political events there through the lens of that affection. I want what’s best for Hoda. It would be arrogant for me to believe I know better than her what that is. 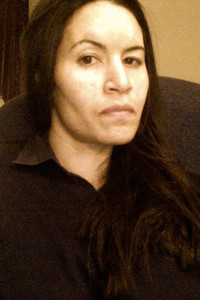 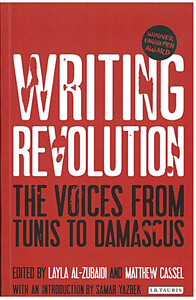 Yasmine el Rashidi will be a guest of the Auckland Writers Festival, May 14-18. writersfestival.co.nz