MEGAN DUNN’s new book, Things I Learned at Art School, is a memoir-in-essays about art, sex, family and fantasy. It is, quite simply, a work of brilliance.

She had me at page one. It reads: “For all the art school students past and present, especially those still in debt.”

While I’ve always felt an infinity with Megan Dunn, I never expected her book Things I Learned at Art School to be dedicated to me. But I’ll take it.

More aspects of our lives cross over than I would have assumed before reading her book. If we were two parts of a Venn diagram, the centre would include: Elam students who retired art practices to write about our more-talented peers; art writers who learned on the job; childhoods near orchards in Henderson; parents who drove second-hand Hillman Avengers; looming fears of being cancelled; student loans we’re still paying off; and good girls who write about our bad-girl friends.

For years, many of us waited for Dunn’s new book. It was to be a follow-up to her debut, Tinderbox, published in 2017, and it was about mermaids. There wasn’t too much public detail about what became affectionately known as “The Mermaid Book”, except that it involved travelling to a Mermaids, Maritime Folklore, and Modernity Conference in Copenhagen and years’ worth of interviews with professional mermaids. Dunn even invested in a tail of her own.

After Dunn completed the manuscript, however, it was rejected. When she asked Claire Murdoch, head of publishing at Penguin Random House NZ, what was working, Murdoch said it was the bits about her. And so, like a mermaid who transforms on dry land, “The Mermaid Book” transformed into Things I Learned at Art School.

Things I Learned at Art School is a work of brilliance — both memoir and creative nonfiction essay collection — charting Dunn’s life from the 1970s to the early 2000s, an expression of her well-enunciated smart-arsery and her ability to think with and through the world around her. The book is a genuine page-turner, written to a fast and engaging pace.

It is a very Auckland story — in particular the two central sections titled “The Middle” and “More Middle” — which focus on Dunn’s years at art school and then her time working at a massage parlour and strip club. The self-de- scribed “reformed video artist” went to Elam School of Fine Arts in the 90s with contemporaries like Yvonne Todd (who did the cover artwork for the book, referencing a night Dunn dressed up as Alice in Wonderland for a party), Florian Habicht, Cushla Donaldson, Sam Mitchell, Jeena Shin and Peter Stichbury. Dunn’s art-school experiences, as we discover in Things I Learned at Art School, include hiring a stripper to burst out of a cake as a performance work, and eating Cheezels during an all-nighter in the edit suite in the science building. 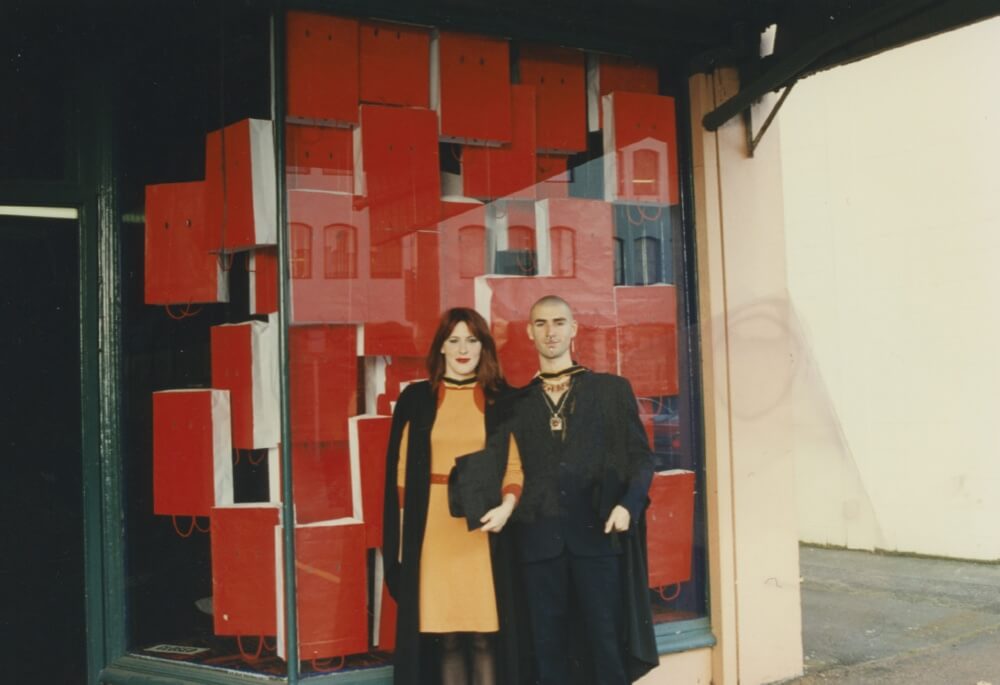 Dunn and Townsend outside Fiat Lux

Dunn also ran the artist-run space Fiat Lux with David Townsend from 1996 to 2000, a time when irony and art were a cute couple and anti-authoritarian postmodernism was thriving.

Fiat Lux started on Hobson St before moving to Karangahape Rd — an upstairs space in St Kevins Arcade — for a final six-month iteration. Dunn recounts an older artist telling her, “You should have closed the gallery after Hobson Street and gone out with a bang.” Harsh! Yet “all paths lead to K Rd”, as she tells me one evening on a Zoom call from Wellington, where she now lives.

The 1990s saw the start of the Karangahape art scene we know today. Teststrip — an artist-run space founded by Kirsty Cameron, Judy Darragh, Merit Gröting, Gail Haffern, Giovanni Intra, Denise Kum, Lucy Macdonald and Daniel Malone, which ran from 1992 to 1997 — moved to Karangahape Road in 1994. Artspace moved up from its original Federal St location in 1999. By 2003, Michael Lett was in a prominent ground-floor shopfront space, and Ivan Anthony appeared a little later.

Dunn and I Zoom after 8pm, once our children are sleeping. I tell her I’ve been thinking about her title and drawing connections between how the writing and thinking in the book mirror the way thinking is developed in art school. She says: “I have wondered if it’s the wrong title for the book and if it should be called something else.” 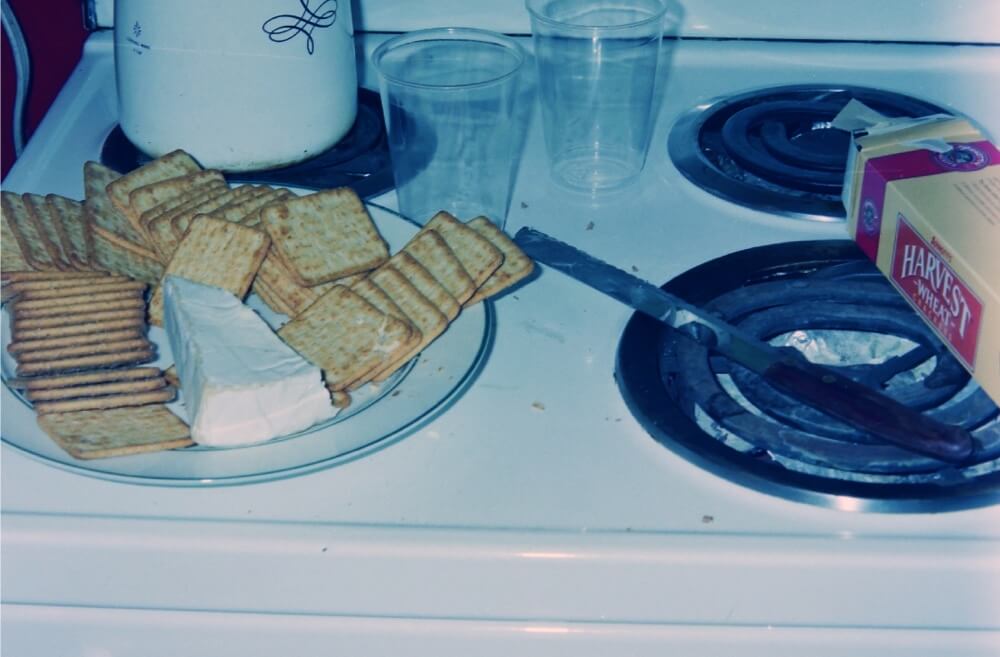 I disagree. Art school teaches us to use other devices, techniques or reference points to think with and through, to bend these things to your own advantage. Dunn does this, too — not just with titles, but with a series of fantastical characters including Smurfette from The Smurfs, Madison, the mermaid Daryl Hannah played in the 1984 movie Splash, and Lewis Carroll’s/Disney’s Alice in Wonderland, who all make recurring appearances. Sometimes these characters are stars of their own essays, other times they play supporting roles for other fantastical characters. Sometimes they are materials, sometimes they are tools. The fantastical becomes a kind of architecture for Dunn to tell her own story. “I like to build myself in other people’s stories,” she says. Projecting into these characters and the stories they belong to gives Dunn “a life lived through story, an imagined life”.

I ask Dunn what it is for her about these characters, making the mistake of lumping them into one fantastical category. She says she doesn’t know. Perhaps not knowing is part of the sustained focus. Throughout Things I Learned at Art School, we see that art school gave Dunn a critical lens to examine these characters through — while she is generous enough to know that there is more to them than we may think. They offer a kind of mirror to Dunn, and by extension her readers, to see parts of themselves reflected back.

Art school definitely teaches you how to mine yourself (and perhaps those around you) for your work. This is something many creative endeavours share — none more so than the act of writing a memoir. The problem of memoir (and other forms of literature that draw heavily from the explicitly personal) is perhaps best exemplified from the controversy that surrounded Karl Ove Knausgaard and his books. How much is too much when it comes to drawing from your own life and the lives around you? We’ve seen this question again this year in reference to Charlotte Grimshaw’s The Mirror Book, in which Grimshaw recounts her life in the Stead literary family, looking through a psychoanalytic mirror in the Lacanian sense. Grimshaw, too, got me on page one when she wrote, “Telling your story is existentially important. This is what I’m interested in recording, the destructive effect of silence, and the restorative power of narrative.” On the question of genre, Dunn tells me she is “deeply uncomfortable with the memoir … I don’t like the expectation on women to bare their souls.” And yet, in certain chapters, it feels like that is exactly what Things I Learned at Art School does, particularly when it comes to how Dunn exists within her own body, how she relates to her mother and how she behaves in sexually charged situations with bottom-of-the-barrel men. At the end of the essay called “The Difficult Father”, Dunn quotes her dad saying, “I have reservations about your memoir”. He continues: “Some things are better left unsaid.” Looking in the mirror, after all, is an inherently self- conscious act — even if it’s a refracted mirror of cartoon and fantasy characters.

Dunn is adamant that while it may look like a lot has been bared, even more has been withheld. “I learnt a lot from the art of the tease,” she tells me. (The school of Showgirls, along with art school, provides methodology for the memoir.) Like a striptease, part of the beauty is not knowing what we don’t know. We’re missing out on something, but what? Instead, we hang on to the bits we’re given, tongues waving, and Dunn ends the sentence. She moves us on. I asked how she knew what to leave out, and she said, simply, “One night my partner walked past and asked, ‘Am I in your book?’ and I said, ‘No.’”

The lesson every art-school kid learns, though, is that most of us won’t be artists. In the case of Dunn, life as a video artist — perhaps an equivalent fantasy to that of being a professional mermaid — was eventually traded in for art writing. Things I Learned at Art School charts that career shift, picking up on the moments where the move was under way. Yet looking back and from the outside, Dunn’s “appropriated videos”, as she calls them, seem to prefigure her literary style. “Appropriation”, a dirty word today, generally stands in for cultural appropriation. But in Dunn’s context, appropriation is a kind of reworking of pre-existing films like Splash (much like art collective Soda Jerk does today); manually cutting out Daryl Hannah’s mermaid scenes, for instance, and layering them with separate audio, to say something new.

Being an art-school-trained art writer can at times feel like you’ve fallen into the role of the supporting act when you trained for the lead. Being the forever understudy, a member of a friendship couple on Love Island or, as Dunn tells me, “the friend of the good-looking girl”. 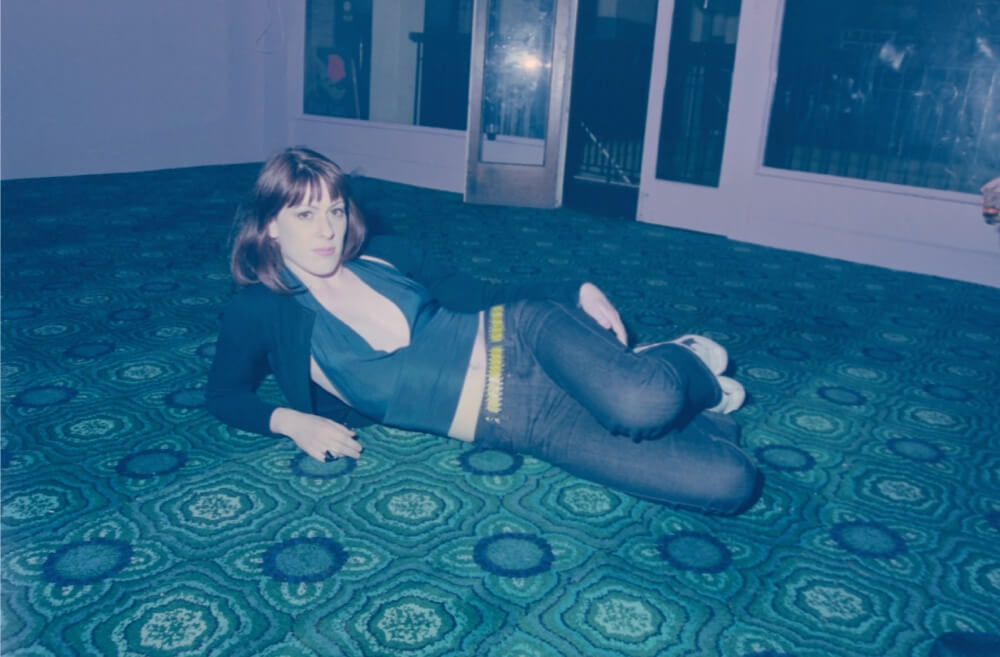 Throughout Things I Learned at Art School, Dunn writes about being an accompaniment for many things — a faithful friend who waits in the lounge while her hot friend hooks up in the bedroom, a barmaid and receptionist serving sex workers and their clients, a bartender to the strippers, a gallerist to the artists, a daughter to the mum, a writer to the art. As we’re reminded in the book, “only good girls keep diaries” — or, in this case, write reviews and eventually memoirs — “bad girls don’t have time”.

Remembering a television ad for constipation medicine, Dunn tells me that writing art reviews “keeps you regular”. What she shows us, though, is that, satire aside, art writ- ing is a skilful literary genre that itself employs art to tell stories about ourselves and the world around us. Optimistic? Perhaps.

But Dunn does see art everywhere and in everything. She has a deep sense of noticing, whether it’s in second-hand prints of Picasso’s Mother and Child by the Sea, or a pinned poster of Van Gogh’s Sunflowers, or a painting of a pōhutukawa tree with cliché composition in the hospital where Dunn’s mum received her chemo. Things I Learned at Art School is not just a memoir but an entire book of art writing. It tells the story of Megan Dunn, sure, but using the techniques of art and art writing, using the things she learned at art school. It is an intelligent, sharp and incisive body of work. Thank god Dunn’s art career failed — because imagine what we would have missed out on if she’d stayed the bad girl who made art.