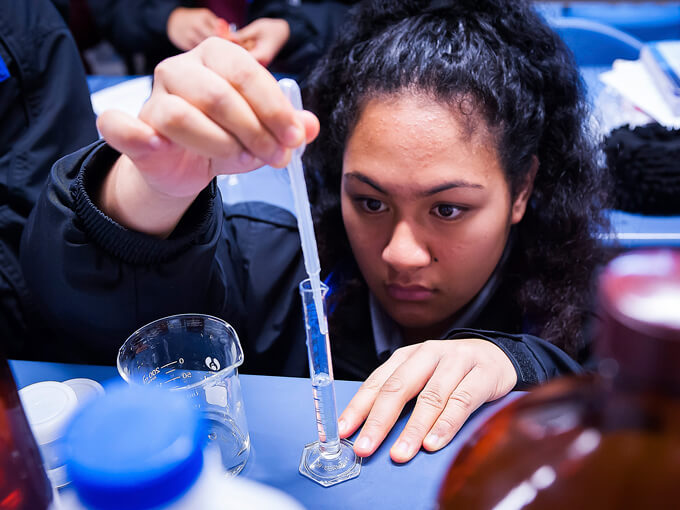 Lots of women argue for single-sex schools because they worry that [otherwise] girls can be overshadowed or cast into roles or modes of behaviour that they don’t want for them.

There was a boys’ school and a girls’ school with a playground dividing us like Checkpoint Charlie, and there were only two occasions when the two schools came together, for “health lectures”, when we were 16 or 17. One was about smoking and one was about sex. The message of both was, don’t do it, it’s bad for your health. The school hall couldn’t accommodate the combined sixth forms so there were two sessions and you either had the sex lecture or the smoking lecture, one or the other, a total lottery. So people went off and they developed lung problems or they got pregnant, depending which one they went to.

There is no such thing as single-sex anymore, really. It’s a spectrum; there’s a difference between sexuality and gender and how people identify, and these are complexities we are all waking up to now. So making this arbitrary decision and saying these are all the boys and these are all the girls is inevitably going to create confusion and alienation for some.

For me, it’s far better not to discriminate on that basis and to recognise we are all part of the same species. We ought to understand our different complexities and dynamics and that’s better done if we’re all together from the beginning.

Is there still a place for religious schools?

I think there is. One of the purposes of education is to pass on the cultural genes — it’s one of the ways we help to encourage the values we believe in or we would like our kids to subscribe to.

There’s actually a remarkable consensus around that. Years ago in Britain, there was a project set up on values education and newspapers said, this is going to cause a national debacle: get Muslims and Christians and atheists to agree on a set of values? You’re going to get people at each other’s throats. But they pushed on with the project and surveyed thousands of people across dozens of communities and asked, what are the essential values you think schools should teach? And almost to a fault it was the same list from everybody, like, do good things, not bad things, don’t kill people, don’t steal, treat others as you would have them treat you, don’t be horrible — all versions of the “golden rule”.

Obviously there are cultural variations and issues of conception of justice and retribution which vary from one cultural group to another, but there are some core values that people adhere to pretty well.

Beyond that there are cultural ideas and traditions, and parents have a right to think these are values and traditions which we believe in and we want our children to be brought up to believe those same things. The kids will eventually make up their own minds.

I can’t think of a good case for getting rid of [religious schools] but there’s a very good case for encouraging schools to at least make reference to the fact that all cultural values are relative. The International Baccalaureate has a global curriculum that doesn’t try to trammel over or blur lines between different faith communities or different cultural traditions, but it does try to give people a sense that there are different ones, and why these ideas have arisen as they have, and what they mean in relation to each other.

To what extent should parents try to develop a relationship with teachers?

Typically parents have a not-very-developed relationship with schools. They show up at the parent-teacher conferences from time to time, they get occasional reports. The thing I’m most keen to argue is that teaching is what makes a great school, alongside the curriculum. Some kids get on well with some teachers and not with others because it’s a relationship — they connect or they don’t connect.

My daughter didn’t enjoy chemistry for her first years at high school, and she thought it was because she was bad at chemistry and resisted going to chemistry lessons. After she’d been there about three years, there was a new teacher who figured out quite early on that Kate was smart but she needed to be engaged in a particular way. Kate was very good at visualising things — she didn’t respond quite so well to bullet points on a board. The chemistry teacher called and said, “Would you mind if Kate and I did some extra sessions from time to time?” and I said that no, that would be great. All I can tell you is that by the end of that term, Kate was saying that chemistry was her favourite subject. And there was a point before she left the school that she was seriously considering pursuing chemistry.

It’s a really good example of how good teachers do more than instruct. Their role is to energise, to inspire, and to tailor what they do to the particular ways in which different children learn.

There are different points of entry for different kids. Some don’t like sitting down all day long — it just drives them crazy. The answer is not to medicate them and keep them sitting down — let them get up and move around.

It doesn’t follow that they’ll all become excellent students in everything they do but it’s much more likely they’ll do well, as well as they can, with the right approach to teaching. It’s important that parents take account of that and try to develop more of a relationship than the occasional parent-teacher conference.

Get to know the teachers a bit better without becoming one of these helicopter parents who say, I can’t believe it, you gave my daughter an A– when she’s clearly a genius.

What’s your view of the focus on assessment?

Assessment is a really important part of education, and it’s much more important and much more interesting than you would know from standardised testing.

And then there’s the whole culture of the school itself. What kind of values does the school promote? How do they deal with kids who act and think differently, how do they deal with things like bullying? Do they have good links with the community? Do they have regular meetings with parents? Are there ways parents can get involved in the school, not just in relation to their own child, but contribute to what goes on in the school?

These are the sorts of things to look for, and it would be wrong just to look at a school in terms of test results. You may well take them into account, or look at how many kids get to the top universities, [but] your kid may not need to go there, you may not want the child to go there.

I always say start with your own kid, look at them, see them as individuals. In our case, we moved our two around and they ended up in different schools, because they’re different. It doesn’t follow that what works for one will work for the other. But not everybody has a choice.

Is alternative education a valid option?

It turns out in most cases to be highly effective when you step outside the current system, which is largely based on a fixed template. If you look at home-schooling — or “unschooling”, the more extreme version of home-schooling — or you look at some of the alternative or democratic  schools, like the original Summerhill School in the United Kingdom, what they have in common is that kids have much more say in what they’re taught, if they’re taught, and who teaches them. They don’t follow a prescribed curriculum, or they play a big role in saying what should be on the curriculum. Summerhill is run by the kids, there’s a school council, which is not tokenistic — they have meetings and staff and kids have an equal say. Staff can’t veto student decisions. There is no fixed curriculum, they decide what they want to learn and if they decide they don’t want to go to class at all, nobody pushes them.

Democratic schools are based on the principle of genuine shared responsibility for what goes on in the schools. They’re not all as open as Summerhill, but the point about a democratic school system is that if we want to help young people become resilient and self-sufficient and responsible, we should give them responsibilities and make them accountable for their actions. What it almost always shows is that kids are much wiser and more considered in how they make decisions than we give them credit for.

One of the problems with the way we have organised our school systems is we have infantilised children often into their mid-20s. They are capable of much more mature decisions than we think they are. And so giving them the responsibility of their own education normally turns out to be a very good thing, and interestingly it avoids all kinds of conflicts that might otherwise arise. You sit the kids down and say, there’s a problem, what do we do about it? It’s like if you get young people involved in assessing each other’s work — there’s an assumption that they’ll just get mean. Actually, they don’t. They often take a very clear-headed view about saying, this isn’t as good as you can do. And kids will say, you’re right, actually, yeah, I was hoping to get away with that.

So one way to think about it is to give children a choice about which school they go to. Another way schools should be thinking about it is having real democratic participation in decision-making in the school. With decisions come consequences, and therefore responsibility, and good things tend to come from that.