What the stats say about gender achievement in schools.

Girls do better than boys.

There’s a lot more green (for girls) at the top of our table (below) than there is beige (for boys). But girls don’t always do better, and neither girls nor boys necessarily do better in single-sex schools.

What does the table show about mainstream schools? Setting the achievements of the small-cohort kura kaupapa and Islamic schools to one side for the moment, the table shows: 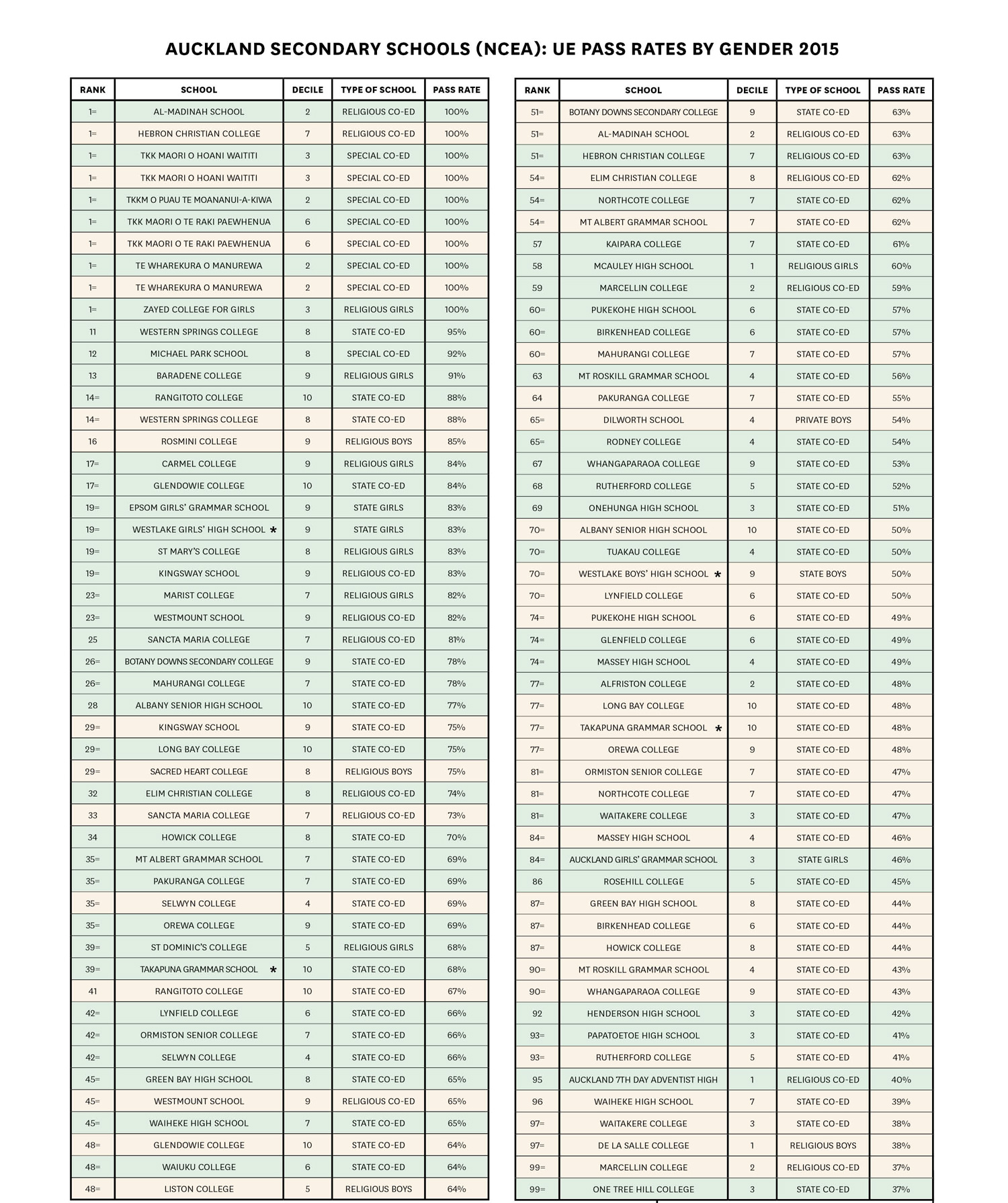 Guide to the table

We show UE results for boys and girls, gained by Year 13 students in 2015. The co-ed school results for boys and girls are shown separately. We show the top 100 results only. Most schools that offer Cambridge or IB exams are not included because the relevant data is not collected by NZQA and alternative sources are not reliable or compatible. Those schools include all the Academic Colleges Group (ACG) schools, Auckland International College, Auckland Grammar, Avondale College, Diocesan, King’s, Kristin, Macleans, Pinehurst, St Cuthbert’s, St Kentigern and St Peter’s. All are strong academically: you can safely assume their UE pass rates are high.

* Schools with a small number of students sitting Cambridge or IB exams, so their overall results may be a little higher than shown.