Our Friends: Cameron and John Slater 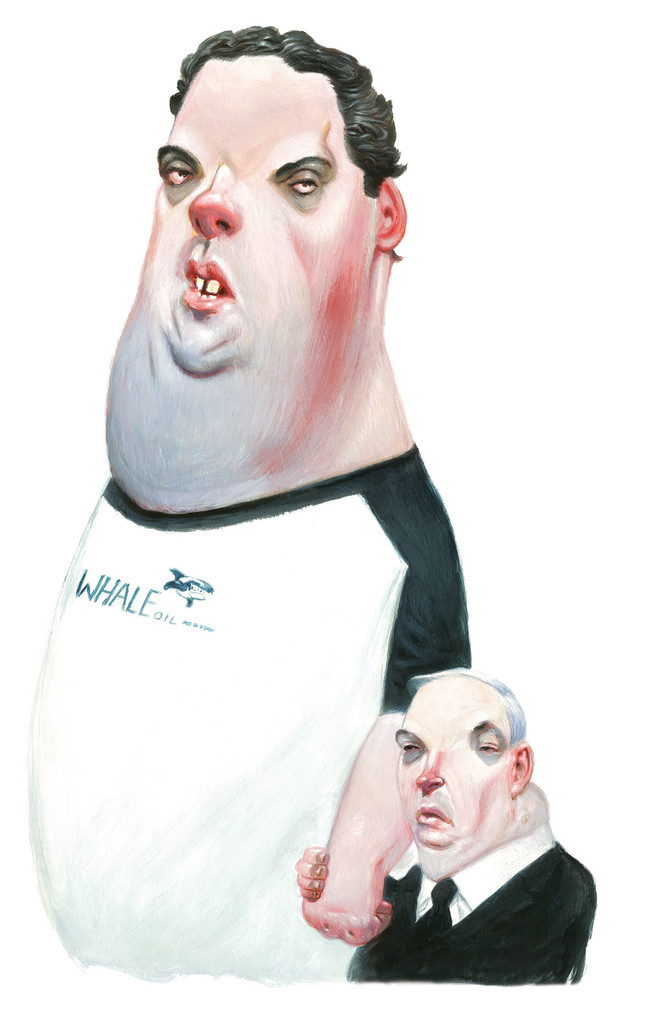 John: The boy’s not an embarrassment, not at all.

He can get a bit confused, though. But then he grew up with cabinet ministers traipsing through our house and hitting the gin. Let’s be honest, our people can be a bit confusing.

First, we think you should leave the Yarpies alone, then we agree apartheid was terrible. First, compulsory saving is communism, then it’s policy. First we like the warships, then nuclear free’s the way to go. Except at lunch in Washington, of course!

And of course we think the gays are perfectly okay these days, although the boy still gets a bit toey about that.

He’s 40 years old but some days I look at him and I still see the kid who came home from school with a sore bum and a story to tell.

He was 11. Some little bugger had copied his work and they’d both got a D. I said to him, “Did you put around some rumours about him? That’s how we do it in the party.” He said, “No way. I whacked him, then I got on his desk, pulled down my trousers and dumped on his books.”

Well that wasn’t my way, but I thought good on him. He got stuck in.

He’s had a bit of bad luck, of course.

An insurance company that didn’t understand him. A business partner who wouldn’t get on his wavelength. Even the party gave him the bum’s rush at the last conference. Amazing when you think about it, how often he’s come up against some idiot. Again and again.

And look at the police wasting God knows how much money on him while ratbags are burgling decent people’s houses. You can’t turn your back in Pauanui these days without some toe-rag trying to nick your BluRay.