In the Maori electorates your name and mana are everything.

I suspect there are only three people who can break Labour’s hold on Tamaki Makaurau, the Maori electorate taking in most of the Auckland Isthmus: it’s either Pania Newton, the kaitiaki leader at Ihumatao; John Tamihere, the former Auckland mayoral candidate and ex-MP; or the Green Party co-leader and Manurewa local Marama Davidson. I doubt many others could do it, and for no other reason than in the Maori electorates your name, and the mana and connections that come with it, is everything.

There isn’t any grand reason for this. Instead it’s just prosaic. The home ownership rate for Maori is 43%, meaning a good number of people tend to move within and between electorates. Add the digital divide – in some Maori communities one in three households are offline – and sheer size – the largest Maori electorate is spread across an area more than double the size of Switzerland – and your best “get out the vote” method is name recognition. People turn out for their own.

READ MORE: Could a battle for Tamaki Makaurau decide the next election?

This is why the list of people who could take out the incumbent MP, Labour’s Peeni Henare, is so short. Pania Newton won’t stand, but in a hypothetical election her organisers and supporters from Ihumatao would almost certainly push her over the line. John Tamihere might give it a crack and the Waipereira Trust CE could bank on his wide connections through the third sector to run it close. And Marama Davidson will run, relying on party machinery to help take her all the way.

But can she win, really? In ordinary circumstances, a Green run wouldn’t worry Labour. The candidate with the red banner usually cruises home in the Maori electorates. Partly out of historic loyalty to the old workers’ party and partly out a political preference for reformism. But in this Parliamentary cycle the expectations were set so high – “the largest Maori caucus in history” – that anything short of another Maori renaissance is seemingly inadequate.

This is why Davidson is taking a serious shot. The government isn’t honouring the promises it made to Maori. The relationship between the Crown’s agencies, from Te Arawhiti to Oranga Tamariki, and iwi is lower than at any other point in the last ten years. Davidson, the first politician to take to the front lines at Ihumatao, is probably in a better position (outside of government) to understand that than her governing colleagues.

It’s an awkward position for Henare. Labour’s Maori MPs run best as insurgents, condemning National and promising kaupapa Maori at the heart of any Labour-led government.  But this time around the seven seat holders are running against their own government’s record. In one sense that’s a blessing. The Labour incumbents can add their names to the minimum wage lift, state housing builds, and the PGF. But in another sense it’s a curse. Who’s on the wrong side of Ihumatao?

Well, Henare. Davidson can claim the high ground, and support from the kaitiaki and land protectors. Labour would do well to take that support seriously, remembering too that Davidson came home with 21 percent of the candidate vote at the last election – and she wasn’t even asking for it. That signals the base is solid. If the Maori Party votes break her way the electorate could go either way.

But in the end what the contest is likely to turn on is which camp can muster its supporters to the polls. This is Labour’s telling advantage. Henare can lose the “debate” but with support from neighbouring electorate committees, their door knockers, and their stall holders he can turn things in his favour. Davidson, for all her strength on the issues, would struggle to match Labour’s numbers on the ground. In a tight race brute force – numbers and knockers – will more often than not win the day.

The wildcard is John Tamihere. There are few people in Auckland with more credibility on the issue where Henare himself is most vulnerable – Whanau Ora – than the former commissioning agency chief. The trouble is if he stood – and he isn’t ruling it out – that would guarantee a Labour win. It’s Tamihere OR Davidson. The two can count on a personal vote somewhere north of 20 percent, but the anti-government vote probably isn’t large enough to share.

With all this in mind, who to pick? February is crucial. Davidson (and JT?)  must position herself against the status quo, promising action on Ihumatao, Oranga Tamariki, and Treaty settlements that are seemingly going nowhere. It’s delicate positioning: promise what you will do, but avoid condemning what your colleagues didn’t do. Combine it, though, with a large and active campaign team and a win is quite possible (but not probable). For all that he didn’t do – like hit the front lines at Ihumatao – Henare is still the favourite, and one visit to the electorate by Jacinda would confirm it. 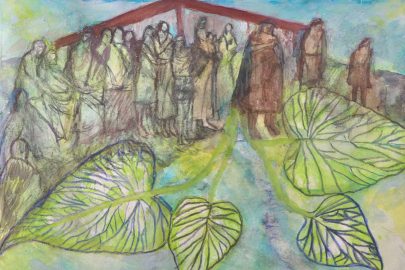