Attending the prestigious École Philippe Gaulier clown school near Paris can either make or break an actor, as Auckland's Kura Forrester found out. 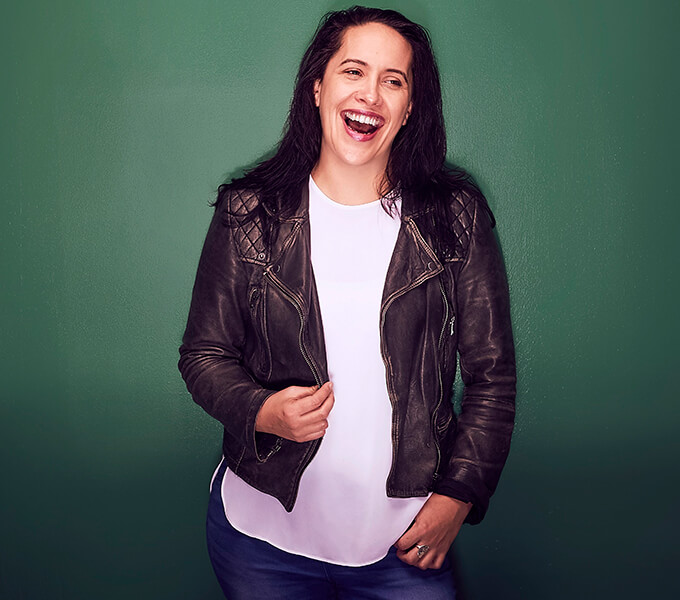 Attending the prestigious École Philippe Gaulier clown school near Paris can either make or break an actor. While others cried and crumbled under Gaulier’s brutal critiques, Kura Forrester flourished.

The Auckland actor — who attended the school for eight weeks during a two-year overseas hiatus — says the experience helped prepare her for the success she’s now reaping back home.

“I spent two years away from this country and I really gained a lot of perspective about what we do as actors and what our theatre scene is like and sort of came back with a new sense of confidence.”

Forrester returned to Auckland in 2015, after working in a restaurant during her time in London and putting acting on hold.

The 32-year-old is now, seemingly, everywhere. From working with Chris Parker and Tom Sainsbury last year on comedy show Camping, to devising her own stand-up gig, Tiki Tour, to recently performing in ATC’s Amadeus and, now, owning a role in the company’s When Sun & Moon Collide and stepping back into Massive Company’s The Wholehearted for its second season, she’s in hot demand.

Being away from home triggered Forrester’s realisation that telling New Zealand stories was of utmost importance to her. The Wholehearted has given her a platform to do just that.

“I feel like the ethos around Massive Company is so strong it’s always a place for me to come back to,” she says. “All of us older actors talk about the company as our home fire burning, because there’s a real sense of family in it.”

In The Wholehearted, Forrester plays herself. Her personality is a bubble of energy and fun, something Gaulier clearly missed: “Once, he said to me, ‘Kura, you are so boring, you are like a school teacher in Wellington and it is raining,’” she says. “And I was like, ‘Oh, okay, thanks man.’” She starts belly laughing here; Gaulier clearly misjudged her.

While Forrester grew up in Wellington, she’s Ngati Porou on her dad’s side and proud to represent Maori women in theatre. “I’m so thankful for people like Rachel House, Nancy Brunning and Miriama McDowell, and all these amazing women who have come before me,” she says.

“There’s been such a great example set by Maori women in theatre in New Zealand that I just don’t want to fuck it up.

“I always want to be conscious about roles that I do and use the powers for good.”