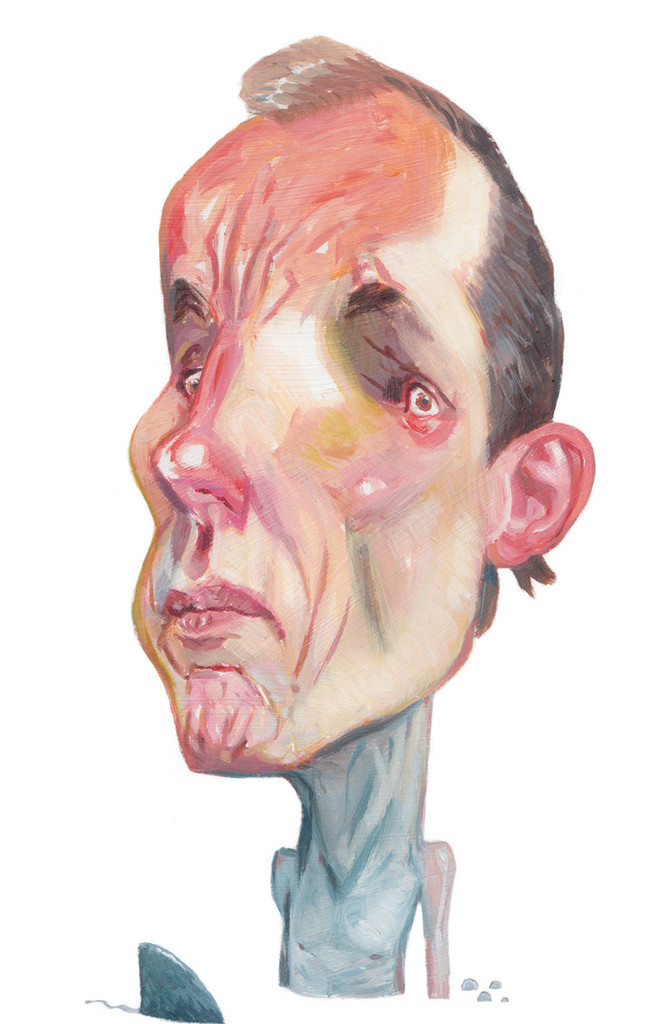 Media baron Nicky Hager is dead at 94, the suspected victim of foul play. His remains were found in the shark moat of his Wanaka castle. A vet said he had clearly put up “quite a fight. That shark’s taken a hell of a beating.”

Nicky Hager began his life speaking truth to power. By its end, he had more power than he knew what to do with.

As a young man, he was the essential Wellingtonian: fascinated by select committees and press conferences, by Colin James, by the Pundit blog. He drank organic wine in damp Aro Valley houses, he followed a vegan diet of almost monastic purity.

He published numerous articles and books and shone disinfecting sunlight into many fetid corners: into state security agencies, into Don Brash’s inbox, into Cabinet offices, into Cameron Slater’s bedroom.

Nicky Hager had many successes. He won many awards. He earned glowing tributes from all kinds of people who were not Sean Plunket or Mike Hosking. And yet he arrived at middle age dispirited.

He formulated a plan. He would become a corporate operative. He would seize enough power in media and government to become a player and then he would push it to its toxic extreme to completely and utterly discredit it.

His audacious plan both failed and succeeded beyond his wildest imaginings.

It turned out that Nicky Hager could out-monopolise Rupert Murdoch and out-monster Tony Soprano. Within two months of joining a Wellington PR firm, he had engineered a buy-out with big tobacco money.

By the end of the year he had bought Kiwiblog, Whale Oil and NewstalkZB and turned the dial on each outlet all the way to barking mad. Their local success took him by surprise, their global syndication both dismayed and exhilarated him.

People, he found, had a huge ap­­petite for untrammelled bigotry and intolerance and sneering and putdowns.

Like a man trying to outrun a bushfire, Hager found himself going ever harder, ever faster, ever more offensive. The HagerMeister corporation just grew.

The slogan, “That’s not a vendetta, this is a vendetta” became the HagerMeister motto. Hacking scandals were batted away like flies. Headlines grew ever more defiant. The HagerSun headline “WE DARE YOU MOTHERFUCKER WE DOUBLE DARE YOU” was an instant classic.

He used his vast media empire to goad leaders across the globe. Nicky Hager, President Putin said, was the only man who truly frightened him. “It’s that slight narrowing of the eyes that really clamps your sphincter.”

In the end, only a shark could stop him. How he fell into the moat is unclear. Police have been interviewing John Key, a 97-year-old groundsman at the castle, but have been frustrated by slow progress.

“His story keeps changing every time you sit down with him,” a detective said. “The maid thinks he just snapped after years of taunting by his boss. She thinks he lost about $300 mill in some scheme of Hager’s but we can’t make sense of a thing he says. He promises to give us something at the end of the day, but it’s been 10 weeks now and we’ve still got nothing.”