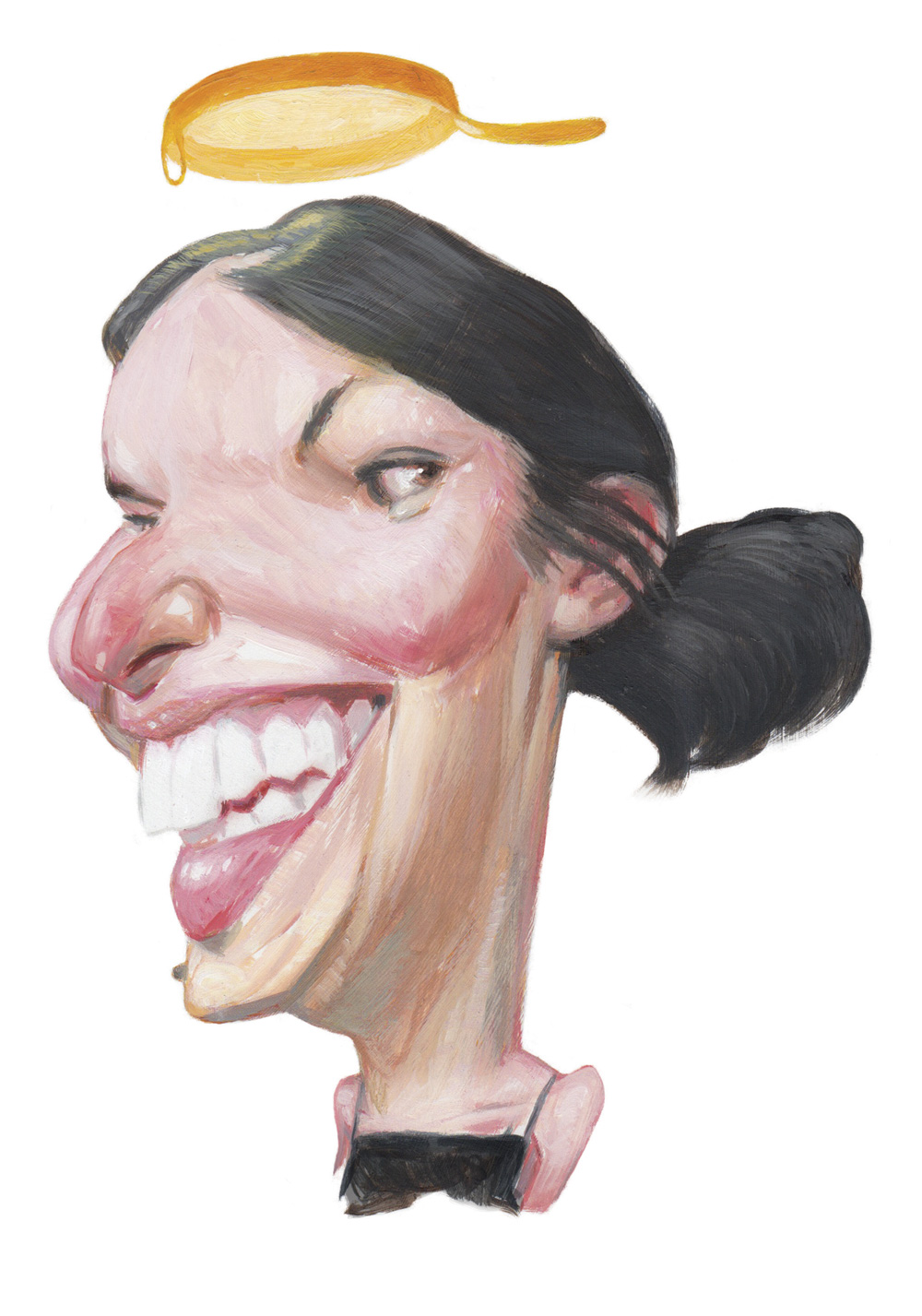 New Zealand came to know her through MasterChef. They liked her wholesome, cheerful manner. They were impressed she could make rabbit food taste so good.

They loved that she won the contest, they bought all her books, they made all her recipes. Honestly, with all those amazing flavours, you’d hardly know it wasn’t real food.

And when she and her business partners offered to do the dinner shopping, the nation said, “Yes, please.” Nadia would write the recipes. She’d do all the thinking. You just had to follow the nutritionally correct instructions and, voilà! — your very own Thai beef salads and soba noodles, your very own marinated kale.

But not everyone was thrilled. The supermarkets watched and worried. They weren’t bothered about the learned helplessness sweeping the country. Learned helplessness was great for business. But when they counted up all the overcooked shampoo-flavoured chickens sitting unsold in their warmers each night, the joke was over.

They hired the best hate bloggers in the business. The bloggers sprawled themselves across the couch, belched, ate with their bare hands and wiped them on the cushions, but the supermarkets liked what they heard. They would do a series of “hits” on the chirpy TV chef. They would be brutal. The only person left eating chia seeds at the end of the month would be John Campbell.

The supermarkets happily paid a fat fee, and waited.

It was pure bad luck that Nadia ended up living in a capsule next door to Marc Ellis. He maintains it was just a fireworks prank gone wrong.

Eventually, the bloggers just made up appalling stories, but no one believed for a moment that Nadia would do anything like that with a family pet.

It was only when they started writing about her “maniacal obsession with health” that they hit pay dirt. They discovered New Zealand doesn’t altogether like being entranced by wholesome, cheerful, friendly people.

“I got tired of not being able to slob it,” said 400kg blog reader Steve Farrar. “And she got on my bloody wick. She was just so helpful all the time and considerate and everything. Who does that?”

Suddenly, the invitation from Richard Branson and Michelle Dickinson to join their Fresh Start Eco Space Station on Mars sounded like not such a silly idea.

It was pure bad luck that Nadia ended up living in a capsule next door to Marc Ellis. He maintains it was just a fireworks prank gone wrong; the truth may never be known.

The Ellis residence has been sealed off by police since the incident, but the sound of drinking and cheering from within suggests law enforcement on Mars remains lax, sports-mad and, judging by deliveries, unbelievably hungry for pizza.