This article was first published in the January issue of Metro magazine. Illustration by Daron Parton. 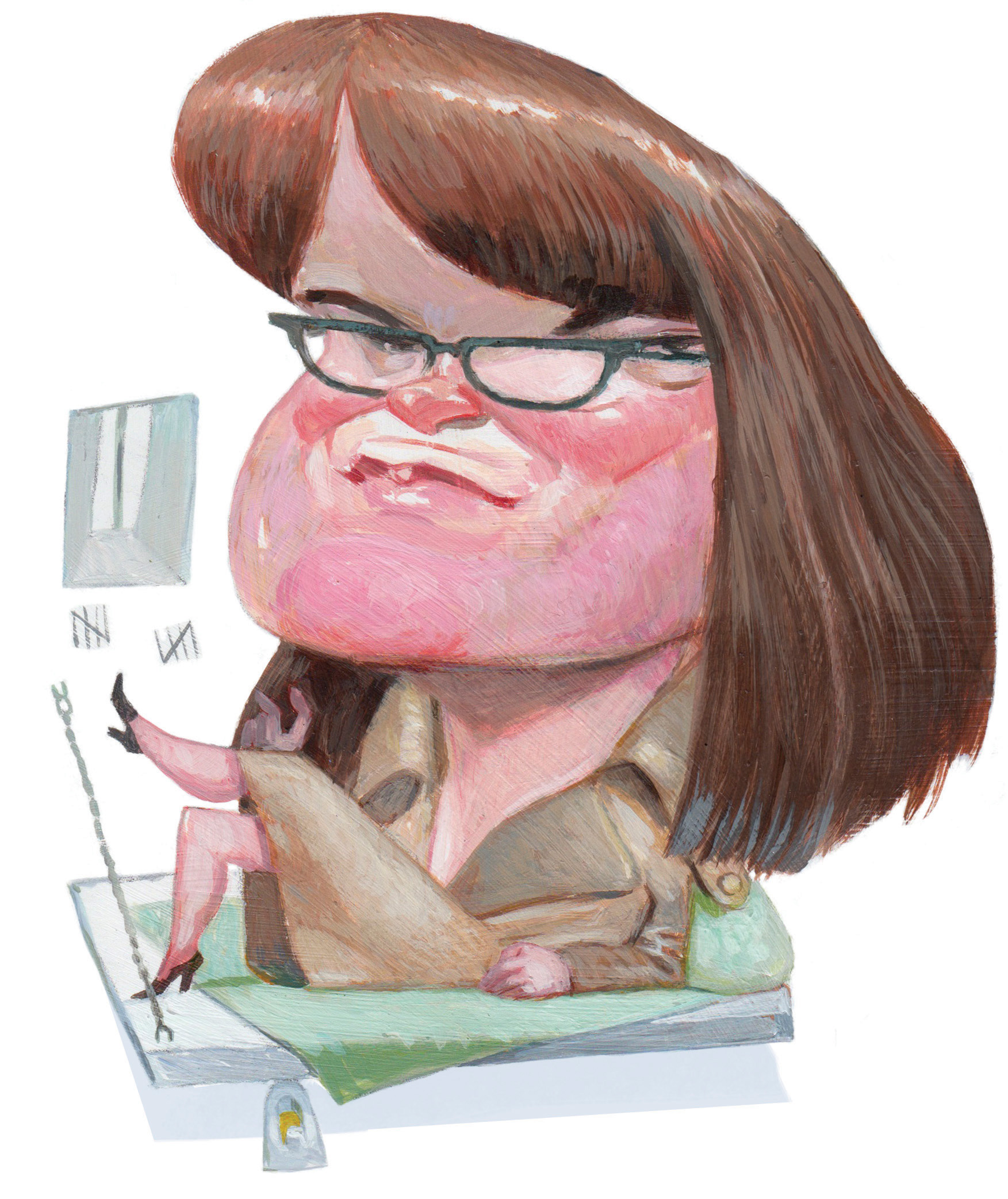 Even as a little girl, Heather wanted to be a news reporter. She liked the way they looked in the movies with their horn-rimmed glasses, trench coats and high heels, asking the hard questions, taking no prisoners, saying, “Answer the question, minister.”

In no time at all she was reporting for One News in horn-rimmed glasses, trench coat and high heels saying, “Answer the question, minister.”

Soon enough she had her own TV show.

The golden age of television current affairs had come and gone. If you wanted people to tune in, you had to make it worth their while or they would be off to Tinder.

But the golden age of television current affairs had come and gone. If you wanted people to tune in, you had to make it worth their while or they would be off to Tinder.

“Tonight on Story we get someone fired,” she would say. “That’s right,” her co-host, Duncan, would say, “this is a real eye-opener. I couldn’t believe it, to be honest with you.”

“Tonight on Story we show you how easy it is for a crim to cut off his ankle bracelet,” she would say. “That’s right,” her co-host, Duncan, would say, “this is a real eye-opener. I couldn’t believe it, to be honest with you.”

It was only a matter of time before she was buying weapons online. It made for exciting pictures as Heather lifted a rifle out of its packaging, locked, loaded, and intoned, “Answer the question, minister.”

As far as anyone could make out, she was the first person in the country ever to buy a gun online with fake details. She was certainly the first person to be sentenced to 10 years in prison for it.

The nation gasped, and the months that followed made engrossing TV. Night after night, footage would find its way to Story: Heather in a striped trench coat; Heather doing press-ups in her tiny cell; Heather making a shiv out of a toothbrush; Heather scribbling angry messages to her co-host.

“A real eye-opener,” Duncan would say. “I just can’t believe it, to be honest with you.”

He turned out to be more right than anyone had guessed when the whole thing was revealed as a giant stunt.

“I’d say we’ve taken reality TV to the next level,” Heather said on her first night out of jail. “Your turn next, Duncan! I reckon it’ll be a real eye-opener.” Duncan looked uncomfortable, but he was never all that much at ease in a suit, to be fair.

And so it went, as fewer and fewer people tuned in for current affairs.

By the time Story was in its 20th season, no one ever asked a minister a question about anything. By the 30th year, its format had been simplified to replicate the classic A Dog’s Show, where one clever dog tried to get half a dozen dopey sheep through a gate.

People loved the nostalgia of it, but they especially liked the way Heather would get exasperated after a minute or two and charge past the dog, give it a clip on the ear, grab the stupid sheep and haul them into the pen herself.

“Honestly, Duncan, do I have to do everything myself?” she would say.

But by age 94, Heather was exhausted. She expired in an editing booth, putting the finishing touches to a story about dog licences that simply had to be told.
Her husband, Barry Soper, 127, said she had paid the price for dedication. “I’ve always said you shouldn’t take work that seriously, but honestly, it was just so hard to make her listen once she got an idea in her head.”