Dan Carter, king of the undies 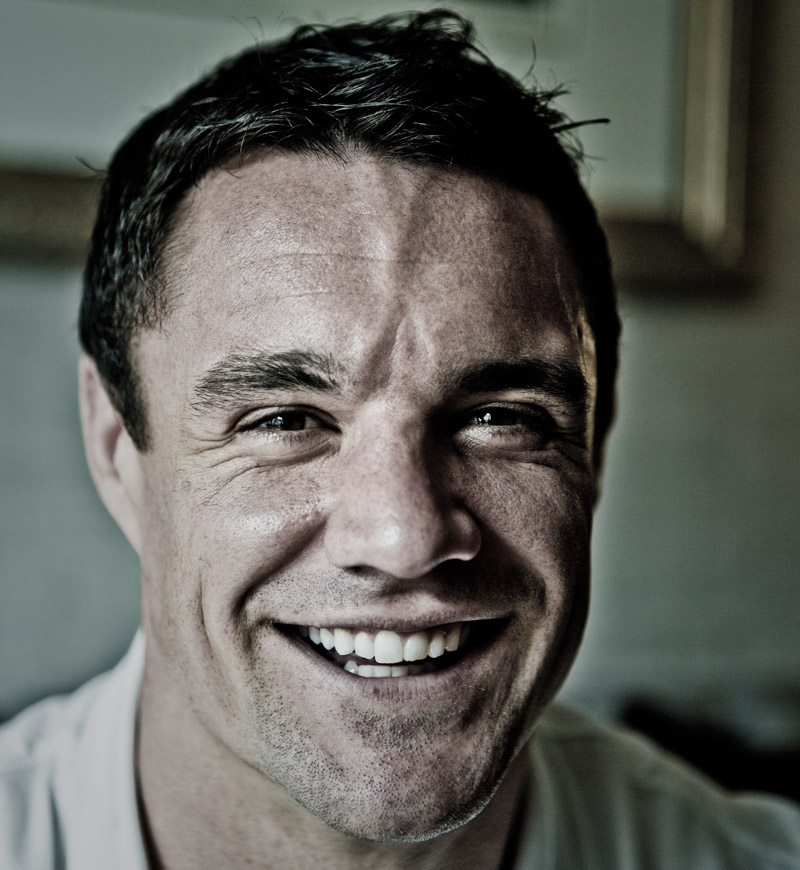 In 2003, when Dan Carter first made the All Blacks, he was a baby-faced 21-year-old with an underwear drawer to match. He was used to surviving on birthdays and Christmases, “two drops a year”. The long, lean months between March and December yawned in front of him. When supplies got low, as they often did, he was faced with that awful choice familiar to so many men of a certain age: inside out, or commando.

He doesn’t hesitate. “Inside out, yeah, if you’ve been a bit lazy on the washing. [Commando] is a bit gross.”

Those days on struggle street ended abruptly when undie giant Jockey swooped down on the youngster and changed his life forever. They put him on billboards around the country, billboards so large and pungently sexual they frightened his mother and made Carter himself change his commute to avoid them. Billboards which inspired more billboards: horrible radio station The Rock advertises its morning show with Ali Williams using the slogan, “We can’t all flog heat pumps and undies.”

Jockey has continued to renew the contract for nearly a decade, flying Carter around the world to front campaigns. He now has what must be the most extensive collection of men’s underwear in the country — “30, 40 pairs? Plenty” — and has indisputably earned his title as New Zealand’s “king of the undies”.

It wasn’t always so glamorous, though. Growing up on the farm, times were tough.

“It’s embarrassing,” he winces. “I think we had the old Y-front beauties.”

Life would get worse before it got better. As a teenager, Carter ran headlong into arguably the worst underwear trend of the past century: shiny satin boxers.

For many men, that “phase” lasted until a significant other came into their lives and forcibly removed the satin boxers from the rotation. Carter was saved at a young age but, perhaps as a consequence, it stunted his growth. Shockingly, this underwear aficionado’s palette is limited to just two colours: navy and black.

And besides, he’s a famous clotheshorse: the former proprietor of a chain of menswear stores and owner of a Louis Vuitton hoodie. Has he never, away from his sponsor’s prying eyes, been tempted to try some fancy European undies?

“No, I haven’t, actually. I’m pretty loyal to Jockey,” he says, with the Jockey publicity manager, two PR representatives and his agent, New Zealand’s Next Top Model host Sara Tetro, sitting right there in the room.

Perhaps he’s actually wearing a silk Armani g-string. Perhaps not. “Jockey actually have a European market that they push. It’s pretty out there — you’ve got the fluoro colours and things like that. I’ve got some sitting at home, but they just sit at the bottom of my drawers.”

We’re here today because Jockey has launched a range of what can only be described as “magic undies”, although the company prefers “SMART FABRIC Performance Underwear”.

Apparently, the “celliant” technology “absorbs energy from the body and reflects it back into the deep muscles in the body, to enhance blood oxygen levels to help with recovery”. I asked for peer-reviewed scientific studies; as we went to print, Jockey sent a link to BMC Complementary and Alternative Medicine. Not exactly Nature. So, anecdotal evidence it is. Has DC noticed the impact?

“Nah, the way they breathe. You don’t get really warm. You’re not sweating like anything in them.”

Now I’m concerned. Are these performance-enhancing undies? Should the World Anti-Doping Agency be involved? Jockey gave me two pairs to take home and try, in the privacy of my own home.

I don’t know if it was because I was concentrating on how my underwear felt for the first time in my adult life, but they did feel different. The slippery, shiny fabric. My genitals tingled.

Enough. I asked Carter what advice he’d give to young guys starting out in undies.

“I think just stick to the dark colours,” he says. “And make sure you keep on your mum’s case, to keep the washing updated.”